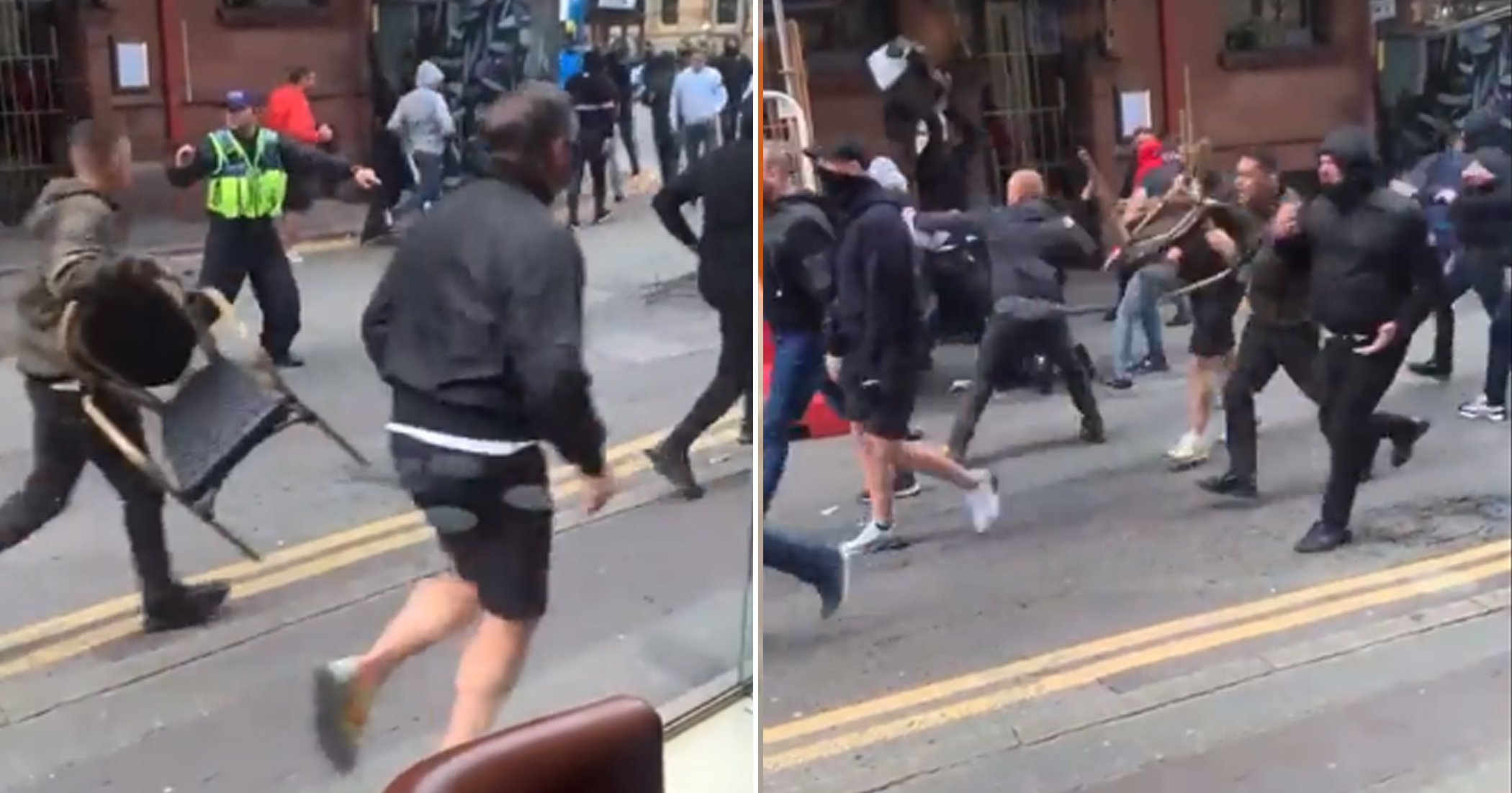 Manchester United and Leeds fans clashed on the streets ahead of their teams’ Premier League opener to mar the return of fans to stadiums across the country.

Scuffles broke out between rival supporters with chairs and bins thrown in Manchester before the game kicked off at Old Trafford.

Match of the Day presenter Gary Linekar was among those to condemn the clashes. He tweeted: ‘Oh for crying out loud, grow up you idiots.’

Greater Manchester Police said no arrests had been made but work is under way to identify any suspected offenders.

A spokesperson for the force said on Twitter: ‘There have been isolated incidents of disorder in the city ahead of this afternoon’s game at #OldTrafford and we have worked closely with licensed premises to ensure we could act swiftly to negate any incidents of concern and move people on safely.

‘No arrests were made but work has begun with football intelligence officers from both clubs to identify any suspected offenders and hold them to account for their actions.

‘It’s worth a reminder that successful prosecution can lead to a two-year football banning order.’ 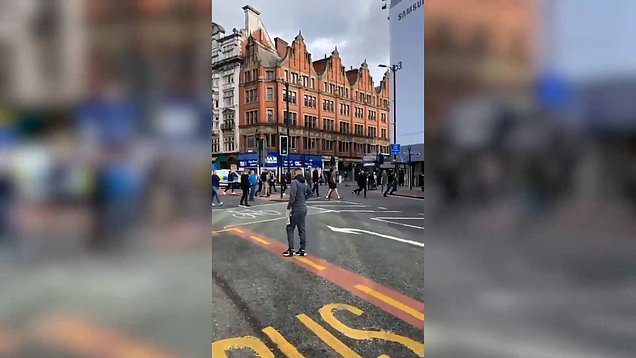 Leeds fans inside Old Trafford on Saturday were also heard singing songs about Jadon Sancho and Marcus Rashford, two of the players who missed penalties in the final.