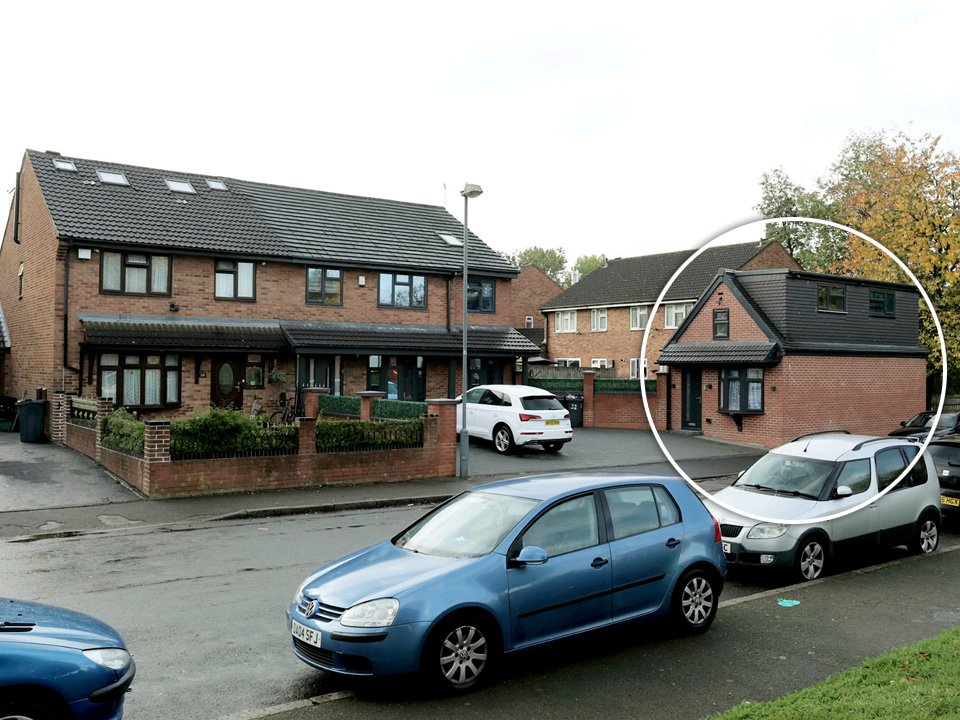 This detached two-storey home could probably fetch a million in certain parts of London.

But the owner of this tiny abode in Birmingham has been told to demolish it – because he built it on his driveway without permission.

The homeowner was given approval to build a single-storey garage outside his semi on Vaughton Street in 2019.

But council bosses were shocked to discover a tiny family home at the end of the driveway instead.

The owner argued there were only ‘minor differences’ to what was approved, but it didn’t wash with the town hall, who gave him until July this year to pull it down.

A woman who answered the door refused to comment today, but one neighbour said: ‘We just assumed they had permission to do that in the first place.

‘I think they built it for an elderly relative who appears to come in and out of there quite frequently.

‘You’re never happy to see extensions or new-builds going up blocking out sunlight or replacing gardens and trees but it’s just what people do.

‘But if it was only given permission to be a garage, I cannot see how they thought they would ever get away with it. It’s clearly a house.

‘How on earth they were planning to pass that off as garage, God only knows.’

In his report, planning Inspector Thomas Shields said the house is ‘substantially larger’ than the approved garage.

He noted the new-build has two rooms on the second floor, made possible by a full-width box dormer extension out the roof.

Instead of a garage door, there was a little pedestrian entrance into the front room, along with several windows around the property.

‘Since the appeal building bears little resemblance to the scale and design of the approved single-storey garage, it does not benefit from that planning permission,’ Mr Shields wrote.

‘The requirements of the notice are: demolish the entire unauthorised detached structure and remove all demolished building materials and rubble from the premises.’

A spokesperson for Birmingham City Council said: ‘We served an enforcement notice for the demolition of the unauthorised structure when the owner lost at appeal.

‘We are in discussions with the owner regarding timeline. Compliance with the notice was due by July 1, 2022.’