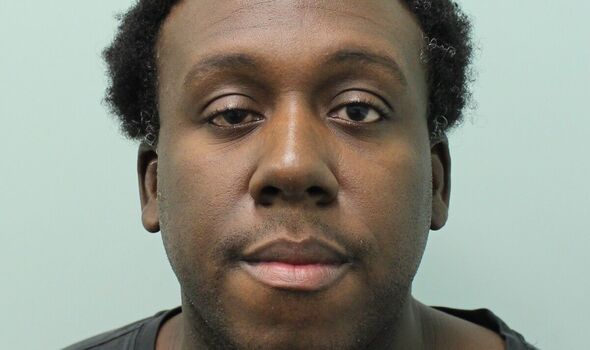 A man has been jailed after he secretly recorded naked women and children by hiding cameras in coat hangers and water bottles. Dean Gordon, 41, admitted sexually assaulting a young girl and taking indecent photographs of children, possession of extreme pornographic images and possession of a prohibited image of a child.

Police from the online child sex abuse and exploitation team (OCSAE), based in North East Borough Command Unit, carried out a search of Gordon’s home in Leytonstone, east London, in August 2021 where they uncovered numerous videos of children being secretly recorded as well as camera devices hidden inside objects including a water bottle and coat hooks.

Officers seized over 200 exhibits over the three day search.

After analysing the devices police found a number of child and adult female victims, who were all known to Gordon, had been covertly recorded.

In total, Gordon had 12,529 indecent images of children, including over 2,000 of the most serious Category A images. This included 436 images of the numerous child victims he covertly recorded for his own sexual gratification.

The court heard that the 41-year-old befriended families with young female children and recorded them naked or semi-naked.

In one case, he sexually abused a young girl whilst she lay asleep and recorded himself abusing her.

Gordon, of Rosewood Court, Leytonstone at his first appearence in court in August 2022.

On Wednesday he appeared at Snaresbrook Crown Court where he was sentenced to six years and eight months’ imprisonment.

Following the hearing Detective Constable James Cronin of the OCSAE team credited the victims for their “incredibe bravery in the “complex investigation”.

Detective Constable James Cronin of the OCSAE team in North East BCU said: “This has been a complex investigation involving specialist officers undertaking countless hours of work to uncover his wrongdoing and locate and assist victims of his abuse.

“The victims, especially the children, have shown incredible bravery by coming forward and sharing their story.

“Anyone who believes they have been a victim of child abuse should contact police on 101 and, as this case demonstrates, we will carry out a thorough investigation and bring perpetrators to justice.”