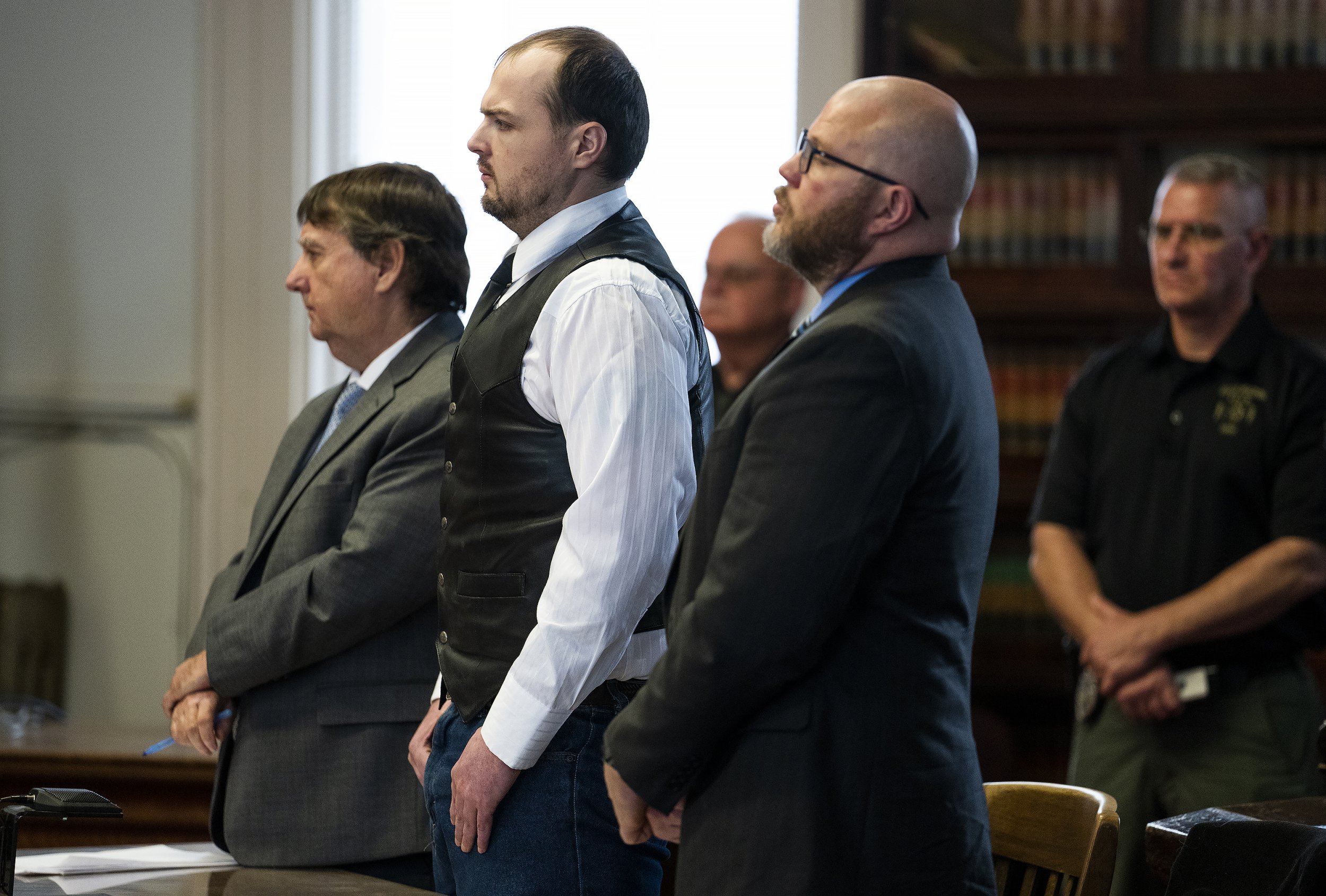 A man found guilty for the death of 8 family members in rural Ohio has been sentenced to life in prison without parole.

A courtroom in Pike County, Ohio applauded after Judge Randy Deering read out the life sentence for George Wagner IV, who was previously found guilty for his role in carrying out the massacre of eight members of the neighboring Rhoden family in his rural community.

‘The court, quite frankly, finds that the defendant has shown no remorse. Just denial,’ Deering said as he sentenced Wagner.

Wagner potentially faced the death penalty for his charges, which included eight counts of aggravated murder, conspiracy, and tampering with evidence.

Wagner declined to make a statement after his sentencing was complete, and his attorneys said that he maintains his innocence. He has already indicated he intends to appeal his conviction.

The victims were all members of the Rhoden family and were killed in the same manner: a gunshot to the head as they slept.

A massive, multi-million dollar investigation eventually identified the Wagner family as suspects. One family member, Edward ‘Jake’ Wagner, as involved in a custody dispute with the Hannah Rhoden, the mother of his 3-year-old daughter.

Investigators eventually discovered the Wagner family was convinced a member of the Rhoden family was sexually abusing Jake and Hannah’s daughter. The Wagners then became ‘obsessed’ with gaining full custody of the child.

George was the first member of his family to face trial for the killings. His father, George ‘Billy’ Wagner III, is currently awaiting trial after pleading not guilty.

In October, his brother Edward Wagner pleaded guilty and took responsibility for five of the killings.

His mother, Angela Wagner, also pleaded guilty and confessed to planning the murder with her husband. Angela eventually testified against her husband and sons in November.