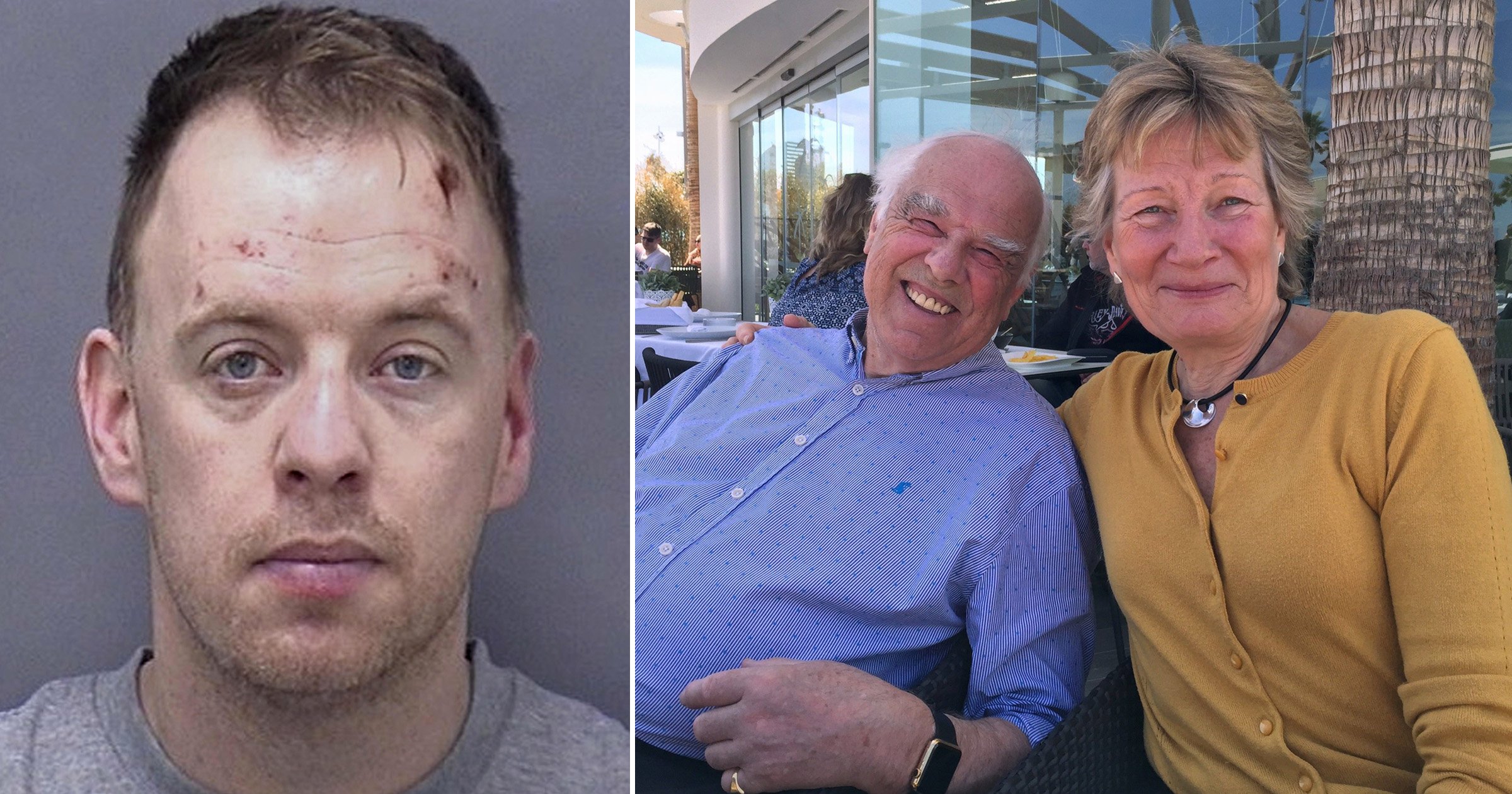 A man has been jailed for life for murdering his millionaire hotelier step-dad and attempting to murder his own mother, who he left paralysed.

The defendant, who will serve a minimum of 36 years, sobbed in the dock while listening to gut-wrenching victim impact statements from his family on Monday.

He admitted to the ‘cruel and senseless’ killing – but denied murder – on the eighth anniversary of the death of his dad David Schreiber, who was an alcoholic.

Describing the onslaught at Sir Richard’s Dorset country estate,Schreiber said he ‘completely snapped’ when his mother shouted at him for being ‘drunk like his father’ during lockdown.

The trial heard the defendant was angry with his mum for ‘abandoning’ his father, who suffered from depression.

He accused her of being a ‘gold-digging b****’ for moving in with Sir Richard, who was one of the richest men in the UK.

Ms Schreiber – who listened to the sentencing proceedings by videolink – suffered up to 15 separate injuries including wounds to her head and body including a partially severed spinal cord which has left her paralysed.

Schreiber’s tearful sister Rose McCarthy told him ‘you took a knife to our world’ at Winchester Crown Court this afternoon.

She said: ‘In doing so you took away Richard, you took away the most innocent and kindest of men in the most brutal of ways. He never stood a chance.

‘You also killed our mother, you took her life away and left her trapped in a body she can’t use and is in constant pain.

‘She can’t even wipe away her own tears. You destroyed everything, Mum can’t even hold her own grandchildren, she can’t give me a hug.

‘Tom, I love you but I struggle so badly with what you have done, what a waste of all these lives for a moment’s anger.’.

Schreiber called out ‘I’m sorry’ as his other sister Louisa told the court ‘the little brother who I adored has become a stranger to me’.

She said: ‘I miss my mother’s touch most of all, it pains me when she asks me to put her arms around me.

‘She is now very fragile, my children will never know the feeling of my mum’s arms around them.

‘Where did it all go so wrong I ask myself, I am full of disbelief that my own flesh and blood could do such a horrific thing.’

Sir Richard’s daughter Caroline Sutton and son David Sutton described their father – who suffered three deep wounds to his face and five to his chest – as ‘generous and loving’.

Ms Sutton added: ‘His life was ended so abruptly and in such an unimaginably cruel manner by an individual that he welcomed into his home as a member of his family for years.’

Schreiber, who was an aspiring painter, felt Sir Richard treated him unfairly compared to his two sisters – despite him receiving a £1,000 monthly allowance and £100,000 towards buying a house.

Arguments among the family had previously descended into violence, with Sir Richard once hitting the ‘humiliated’ defendant with his walking stick, causing the cane to shatter, in November 2020.

The defendant blamed Covid restrictions for worsening his mental health by forcing him to remain in the ‘toxic pressure boiler’ environment of Sir Richard’s estate.

In March 2021, he wrote to a friend: ‘I’m so sad to report that my mind is consumed with hatred of the very worst kind towards my family.

‘They really hurt me betrayed me and destroyed all trust. Simply put I contemplate murdering them all morning day and night. It’s not what I want to think about but it’s the truth. I want them to suffer.’

In a letter to the judge, Schreiber wrote of his ‘heartfelt shame and total disgust’, adding that he wanted to ‘travel back in time to that terrible day so I can change everything and bring Sir Richard and my mother back to life’.

Saying he wished he had sought help for his mental health, he added: ‘I have been a coward, hugely arrogant and selfish in my behaviour.

‘I am so sorry for this and wish I had the clarity of thought I have now, I remain in total shock and horror that I could be capable of such actions.

‘This was not the actions of a demonic monster but someone in need of help and intervention.’

Schreiber was also sentenced for driving a Range Rover dangerously when he failed to stop for armed police in a 135mph pursuit following the killing.

He was detained in central London where he stabbed himself in the chest and shouted at officers to shoot him.

Judge, Mr Justice Garnham, told him: ‘You treated Sir Richard’s house and possessions as if they were your own. You had repaid his generosity with ingratitude, discourtesy and ill-temper.”

‘You showed neither him or your mother any respect, instead during your time in their home you displayed a breath-taking sense of entitlement, at times you left Sir Richard feeling like a prisoner in his own home.’