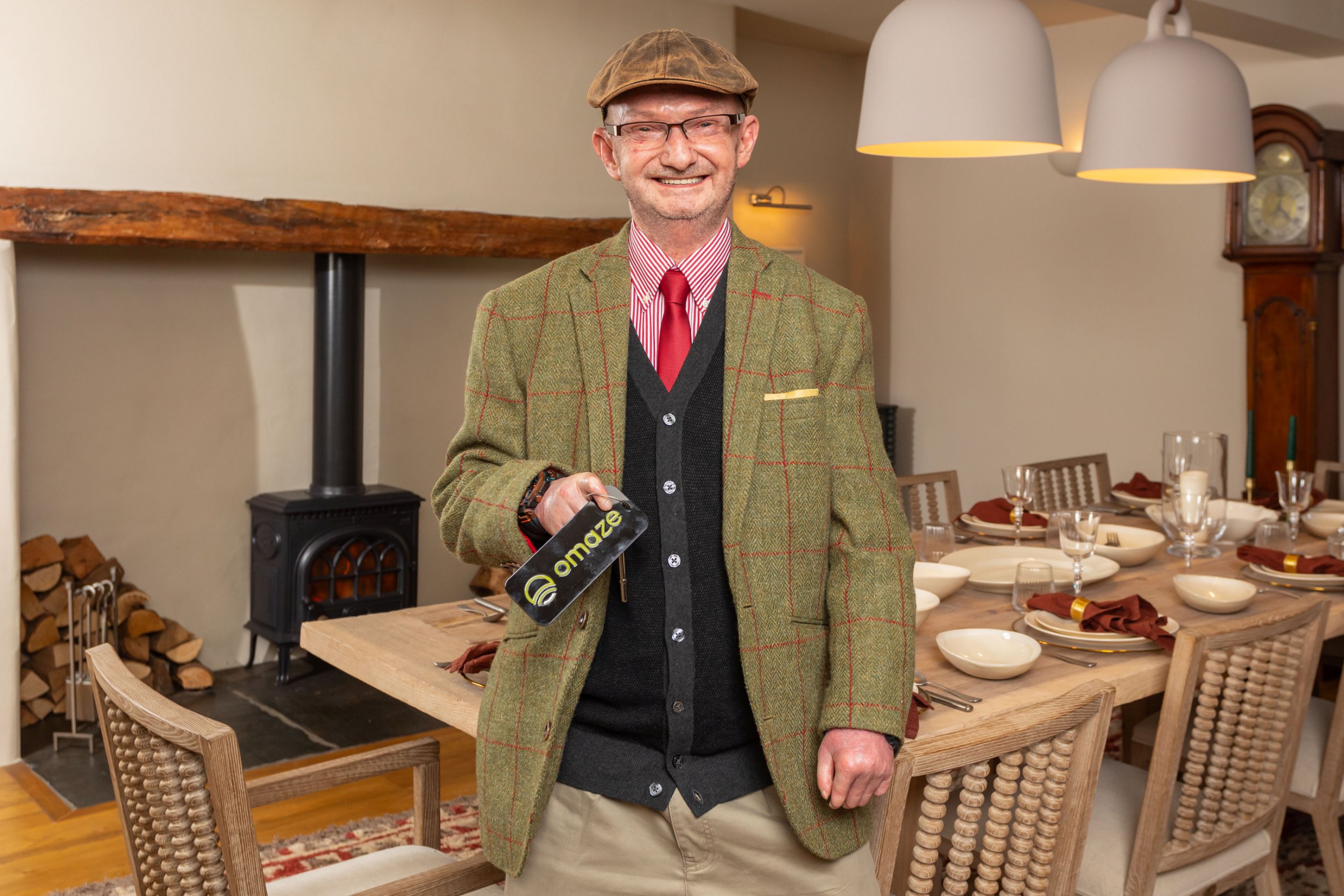 A man who spent his life helping disabled people has won a £2.5 million country mansion after spending £100 on a raffle ticket.

The mansion is mortgage free, with all stamp duty and legal fees taken care of.

Grant feels he’s never won anything in his life. He lived in a three-bed semi-detached house in Glasgow for nearly two decades.

Ruth, his childhood sweetheart and wife of 25 years, passed away in 2011. The pair fell in love while at the same college as teenagers.

He had spent 27 years working for a Scottish charity that supports disabled people, such as in employment and making houses accessible.

Grant said: ‘I couldn’t quite believe it at first. It’s not your average Friday night that someone comes to your door and tells you that you’ve won a £2,500,000 house.

‘I’ve never really won anything before this, but now I might be one of the luckiest men in Scotland.

‘I’ve just left my old job helping disabled people across Glasgow, which I had done for 27 years, so starting out as a freelance consultant was a big change.

‘But this win has given me a financial security I’d never dreamed of, which means I can focus on my new venture helping organisations to meet the needs of disabled customers, with a lot less pressure.’

After years spent in pain living with chronic arthritis he’s had since he was seven, Grant can finally own a dog as he can pay for a dog walker.

‘I love the Lake District, it’s one of the most beautiful places in the country, I’m still pinching myself that I actually own a house here,’ Grant added.

‘I’m not sure what I’ll do long-term yet, but I’m going to move in for a while and enjoy it. Whatever I decide, it’s a truly life-changing win for me.

‘Having worked at a charity for so long, I know first-hand how important it is to raise money.’

He scored the house after buying a £100 raffle ticket for the Omaze Million Pound House Draw.

It raised more than £850,000 for Dogs Trust, which the charity’s chief executive Owen Sharp says will go towards taking care of downtrodden pups.

‘Congratulations to Grant for winning the Lake District house – what an incredible way to start his new year,’ Sharp said, ‘and I’m delighted that he will finally be able to get a dog, who will no doubt enjoy the amazing residence as much as Grant will.’

The raffle was organised by the American non-profit Omaze. Its chief international officer James Oakes said: ‘We’re absolutely delighted that Grant has won his dream home – and was able to contribute to this fantastic £850,000 raise for Dogs Trust in the process.

‘Omaze is a win-win for both charities and entrants.

‘By offering incredible prizes, like this beautiful house in the heart of the Lake District, we give people the chance to win the house of their dreams, while also introducing charities to audiences they wouldn’t usually be able to reach.

‘This method of fundraising is helping to make a big difference, we’ve already raised £9,150,000 for good causes across the UK.’