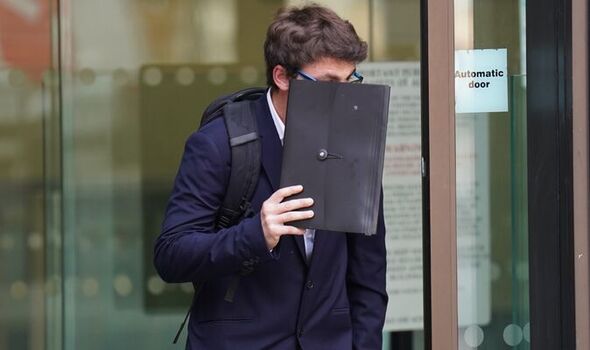 A man with a “fixation” on accessing royal grounds has admitted trespassing at Buckingham Palace. Daniel George Robert Brydges, 33, from Portsmouth, Hampshire, admitted trying to gain entry to the Palace on December 18 and 22 last year, and a further charge of criminal damage on December 18, as he appeared at Westminster Magistrates’ Court today.

The late Queen was at Windsor Castle on both occasions.

She said: “He climbed over The Royal Mews fence on Buckingham Palace Road. He then scaled a second fence and, while doing so, he caused criminal damage to the barbed wire on the fence.”

Ms Weerasena said security officers spotted Brydges on CCTV, and police officers tracked him down and arrested him.

During a police interview about the incident, Brydges told officers he was homeless and looking for somewhere to sleep, she said.

Brydges was bailed on December 19 on the condition that he did not attempt to enter any royal residences.

He “stooped behind a Land Rover” before being challenged by a security officer, she said.

Ms Weerasena said: “At this point he climbs back over the fence and tries to run away.”

Brydges was chased by the security officer and later “claimed he had gone in there to collect a bottle of water which he had dropped”, she said.

Ms Weerasena said: “The second offence was committed while he was on bail. He was given clear conditions not to enter that area.”

Ms Weerasena said Brydges had also attempted to gain entry to the Queen’s home on two previous occasions, in 2021, and that each time he travelled to London from Portsmouth for this purpose.

“They are made more serious because you committed the second offence while you were on bail.

“You meant to breach security on the second occasion and there’s evidence that there’s a pattern here. All the sentencing options will be open to the court.”

Defending, Rajesh Bhamm said Brydges had been suffering a “psychotic episode” at the time of the offences, and advised the judge that the maximum possible jail term would be 51 weeks.

Brydges, of Laburnum Grove, Portsmouth, was bailed until his sentencing at Westminster Magistrates’ Court on November 9.