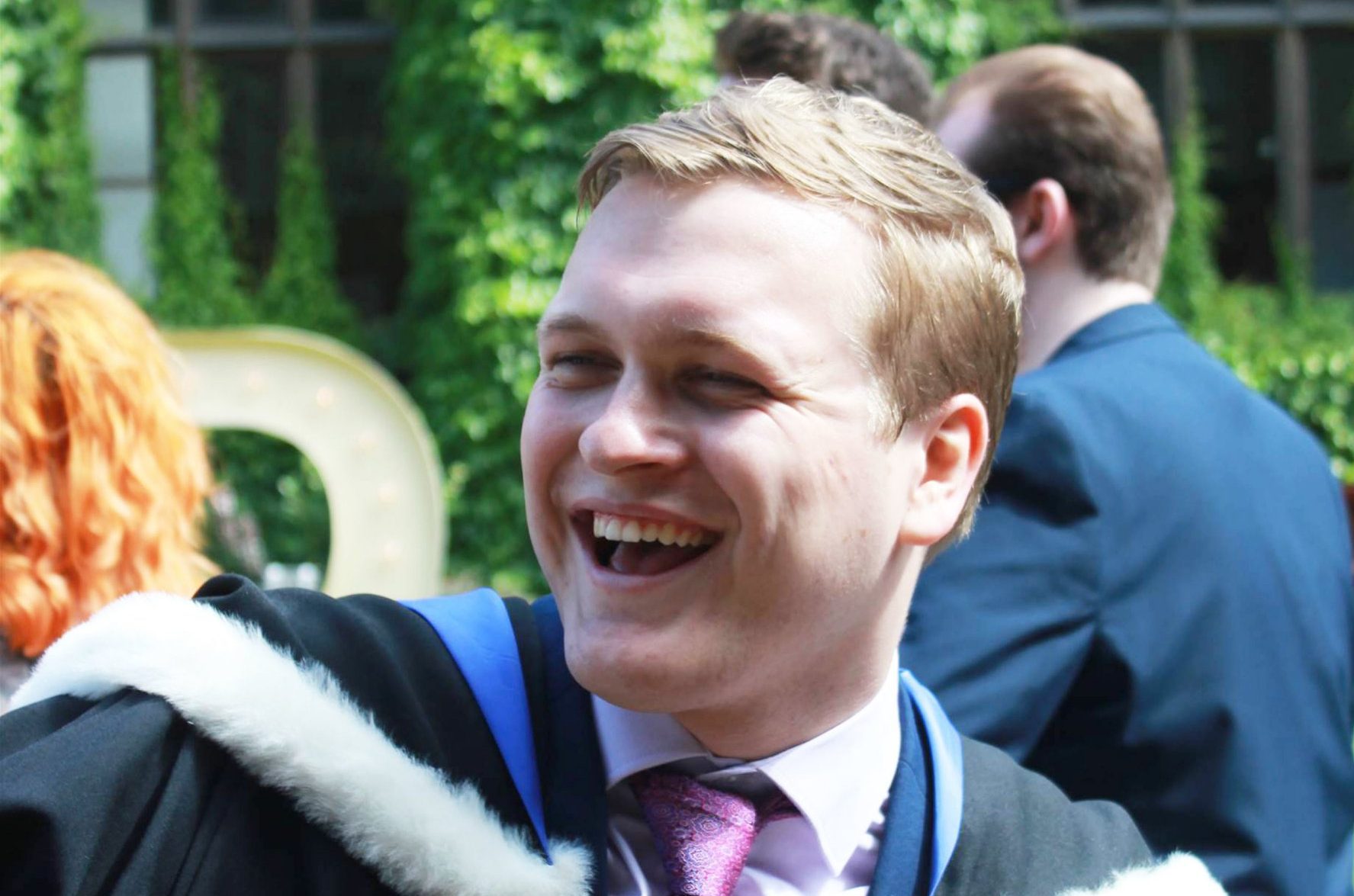 A university graduate died from an allergic reaction after taking just two bites of a chicken tikka masala pizza.

James Atkinson, 23, suffered from a peanut allergy causing him to go into anaphylactic shock on July 10, 2020.

He and his housemates used Deliveroo to order from Dadyal in Newcastle – a restaurant he had previously used.

However, he was not aware that chefs had swapped an ingredient that day to a powder that contained peanuts, an inquest was told.

He was taken to the Royal Victoria Infirmary where he died at 9.21pm, just over an hour after eating the pizza.

His parents, Stuart and Jill, drove from Leeds to be at his side, but were too late to say goodbye. They were told he may have suffered from anaphylaxis.

Ahead of a pre-inquest review into his death due to open tomorrow at Newcastle Coroner’s Court, the couple have called for clearer displays of allergens.

Stuart told the Sunday Times: ‘We’d like to see a simple system where it comes up with a tick box before you make the order – do you have an allergy, yes or no?

‘If you tick “yes” then it instructs you to contact the restaurant by telephone. Allergy information is always hidden away. It needs to be up front.’

Jill also stressed that ‘a clear, full list of ingredients on every item on a takeaway menu and a sticker on the takeaway box saying the allergens it contains’ is what is needed to protect others.

‘We’ll never know if that would have saved James, but it might have done,’ she added.

Dadyal owner Gulfam Ulhaq said staff were ‘in shock’ after being told of James’ death, according to the BBC.

At the time, a cross-contamination notice on the restaurant page on Deliveroo stated that all dishes may contain traces of peanuts.

In a statement following the incident, his parents said: ‘He was eating dinner with a few of his flat mates in Newcastle where they lived.

‘We didn’t even get to say goodbye before his heart stopped. He died alone, without his mum, dad and family with him.

‘He was a clever boy; he had graduated from Newcastle University after studying computer science.

‘How could this have happened to him when he was always so careful? There will always be a hole in our hearts without James.’

Stuart and Jill described their son as a ‘bright and bubbly character who lived life to the full’ and ‘brightened up every room’.

James loved sports, especially rugby, cycling and running, and had also completed a triathlon with his friends, which he was very proud of.

After graduating from a computer science course at Newcastle, he loved the city so much he decided to stay.

The restaurant was immediately suspended from the app but remained on other food platforms, until environmental health officials confirmed it could trade again later that July.

A spokesperson for Deliveroo said: ‘This is a tragedy and our thoughts are with the family and friends of the young man who so sadly passed away.

‘Deliveroo has been in contact with the police, who confirmed that the company has acted properly at all times, and continues to comply fully with this investigation.

‘The company will cooperate in full with the coroner’s inquest and will share all information requested by the coroner.

‘We are committed to doing all we possibly can to assist this investigation and our hearts go out to all those involved.’