Police were supposed to provide twice as many officers to patrol Manchester Arena as they did on the night of the terror attack at the venue, an inquiry has heard.

British Transport Police, who were responsible for the arena, had also taken no written lessons from a training exercise that simulated an attack in the same spot targeted by suicide bomber Salman Abedi.

An inquiry into the bombing, which claimed 22 lives and injured hundreds of people, heard that senior officers had attended a “table-top” training exercise in which a terrorist attack ended up in the same foyer where Abedi blew himself up 10 months later.

The exercise, which simulated an attack on a Disney on Ice event, had echoes of the audience profile for the Ariana Grande concert targeted in May 2017.

But the inquiry was told that BTP officers took no “written learning” from the event and could not remember whether they passed on any tips.

On the last day of evidence about security at the arena, the inquiry was shown a “tactical report” by BTP that assessed the need for seven officers, including a sergeant, for busy events at the venue.

But on the night of the attack, when 14,000 fans attended the concert, there were only three officers; PC Jessica Bullough, who was on probation, and two Police Community Support Officers (PCSOs). 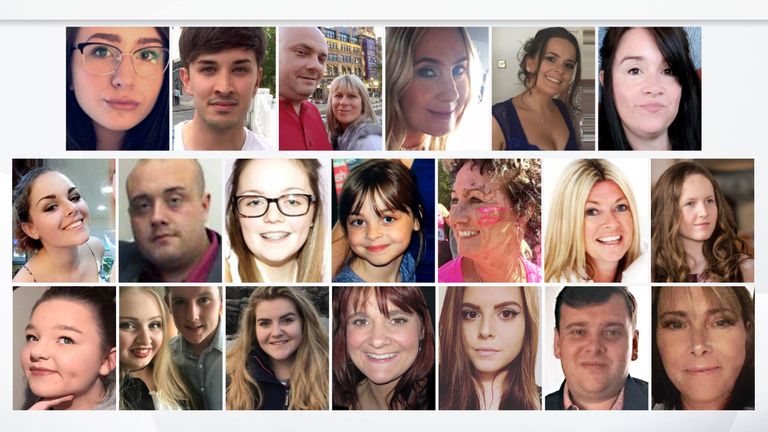 The officers were joined by another PCSO who was being mentored and was not allowed to patrol on his own.

Another constable, PC Stephen Corke, who was the most experienced, did not turn up until after the explosion, having claimed he had been diverted to “check a vulnerable location”.

Two officers took a two-hour meal break, including a five-mile drive for a kebab, and at the time of the attack, all four were standing together near the station entrance.

None were in the City Room foyer where they had been told to patrol, and where Abedi had been hiding for an hour before setting off his bomb.

David BaMaung, a protective security expert, said the senior officer who failed to turn up “should have notified his supervisors he was not going to be there in time and supervisors should have arranged a suitably experienced officer to oversee the staff”.

Inspector Michelle Wedderburn, who was responsible for staffing at most of the stations in Greater Manchester and the arena, said she had not seen the tactical report before the attack and that the layout of the venue had changed since it was written.

The officer had attended the “table-top” training exercise in which a terrorist attack began in Victoria Station on the night of a Disney on Ice event, and ended up in the City Room foyer.

But the inspector told the inquiry she took away no “written learning” from Exercise Sherman.

The inquiry was shown a “tactical report” for what was then called the Phones 4U Arena, written in June 2014, three years before the attack.

When ticket sales were high, the recommendation was for one sergeant, four constables and two PCSOs.

A roster email suggested there should be five officers or PCSOs but on at least one other occasion in the days before the bombing the numbers fell well below that.

On the night of 18 May 2017, when Abedi conducted hostile reconnaissance of a Take That concert, there was only one officer and a PCSO, and the officer had to ask for two special constables to be drafted in.