Abedi, 23, dodged a whole life sentence as he was under 21 when his suicide bomber brother Salman committed mass murder at the Manchester Arena on May 22, 2017. But he must serve at least 55 years before he can be considered for parole. The sentence is the longest determinate jail term in history handed down by a British court. Paul Hett, whose son Martyn, 29, was killed in the atrocity, said: “He’s now going to spend the rest of his life in jail.

“After the 55 years he was given, I’m sure the Parole Board will ensure this coward never sees the light of day again.” Mr Turn to page 4 Chloe Rutherford Liam Curry from PAGE one Justice Jeremy Baker told the Old Bailey a whole life order would have been a just sentence.

But he added: “He may never be released.”

The sentencing finally brought justice for the 22 victims killed by the bombing at a concert by US singer Ariana Grande.

However, in a final insult to the grief-stricken families and survivors, Abedi was again missing from the dock as he hid in the cells below court.

His absence for the second day running was seen as an act of contempt for the families.

Mr Justice Baker ordered a copy of his sentencing remarks to be sent down to the terrorist.

There had been anger among the families and survivors that current legislation meant the judge had no power to impose a whole life tariff. 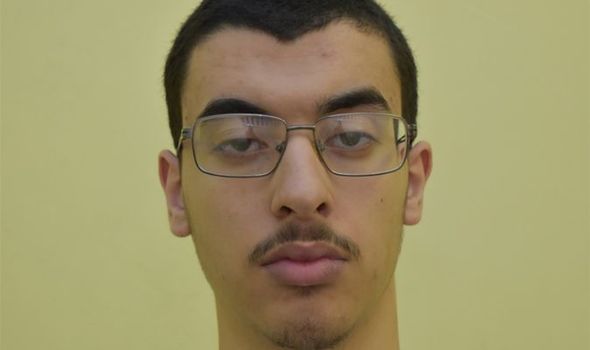 Abedi, of Fallowfield, Manchester, was given 24 life sentences – one each for the 22 counts of murder. One was for a single count of attempted murder, covering the 264 injured survivors, and one for conspiracy to cause an explosion.

Salman Abedi, 22, blew himself to pieces as he unleashed carnage by detonating a homemade nail bomb at the end of the concert. The youngest victim was just eight, the oldest 51.

Although he was the younger brother, police suspect Hashem Abedi was the senior partner in the Islamist terror plot.

He bought chemicals off the internet to make an explosive mix used in the device, and constructed prototype bomb parts from metal tins.

Abedi rented a property in Manchester to store and manufacture the lethal mixture and bought a car to transport and store various bomb parts.

He also purchased nails, screws, nuts and bolts used to maximise the killer force of the device.

Abedi relished plotting the mass murder, using an Arabic phrase for emails which translated as: “To slaughter we have come.” 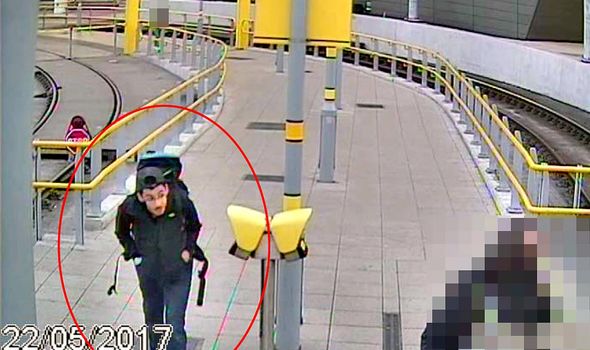 The terrorist, who was born and raised in Manchester, had denied all charges. But jurors found him guilty in March.

Mr Justice Baker said: “The defendant and his brother were equally culpable for the deaths and injuries caused.

“The stark reality is that these were atrocious crimes, large in their scale, deadly in their intent, and appalling in their consequences.

“The despair and desolation of the bereaved families has been palpable.” In his sentencing remarks, the judge said: “I have no doubt that if the accused, like his brother, had been 21 years of age or over at the time of the explosion at the Manchester Arena, then the appropriate starting point would have been the imposition of a whole life order.

“But, despite such mitigation as would have been available to the defendant including his relatively young age, this would have been the just sentence in this case…bearing in mind the exceptional seriousness of his offending, including the young age of many of the intended targets and the large number of those both killed and seriously injured.” 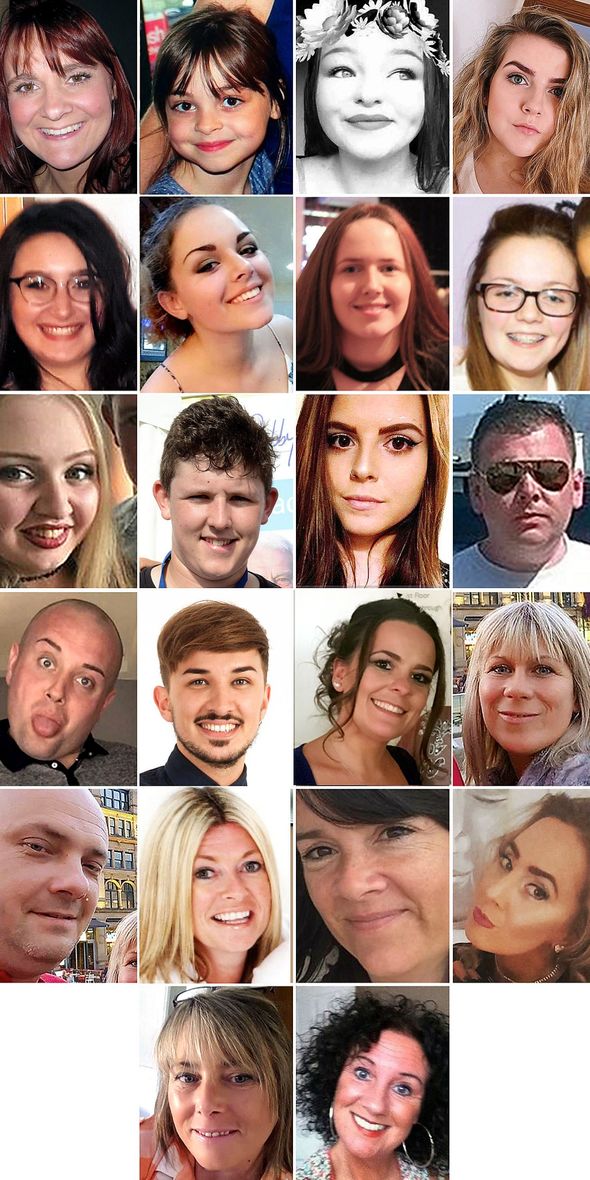 The judge added: “I would like to pay tribute to the tremendous dignity and courage of all those who have attended throughout the trial and in this sentencing hearing during this very difficult time.”

Afterwards, Greater Manchester Chief Constable Ian Hopkins said: “From a personal perspective, and I know from many of my colleagues, we would very much like to have seen him receive a whole life tariff.

“Nevertheless he is going to spend a considerable part of his life in jail, where he belongs.

“And others, at some stage, many decades from now, may have to make a decision as to whether he ever gets released on licence.

“But yes, I think all of us would have liked to have seen a whole life tariff because of this awful, murderous act that he and his brother carried out.” 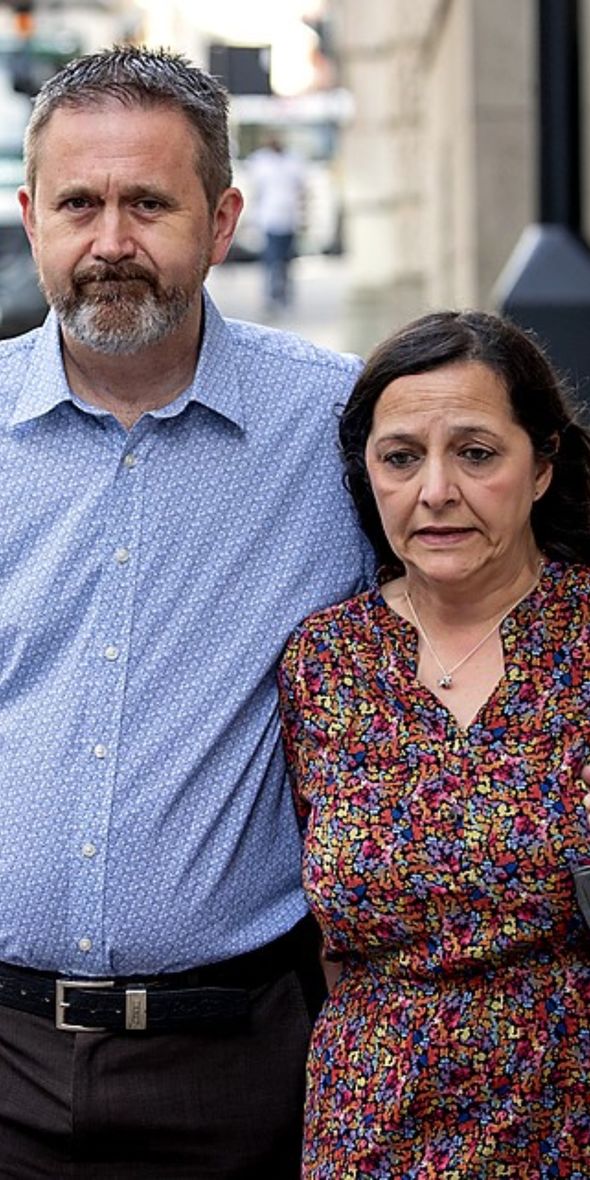 Asked if he expected Abedi to die in jail, Mr Hopkins replied: “I would suspect in all likelihood, yes.

“But as I say, that’s a decision for others, many years from now.”

Steve and Sharon Goodman, grandparents of victim Olivia Campbell-Hardy, were among those to speak to the media after the sentencing. The previous longest minimum term was given to the right-wing terrorist David Copeland.

He was given six life sentences for targeting London’s Brick Lane, Soho and Brixton in 1999 in a 13-day nail bombing campaign that left three people dead and some 139 injured. 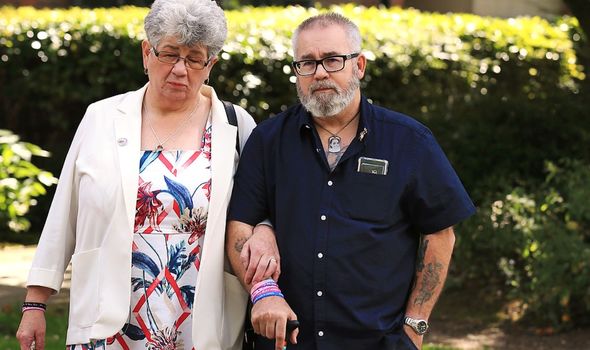 Abedi’s case is likely to trigger calls for a review of the current rules on whole life terms for offenders under 21.

Jessica Maguire, of law firm Corker Binning, said: “A sentence with a minimum term of 55 years is unheard of in the UK until now.

“This is not only a first for the British legal system but a clear indication of the gravity of the offences which have been committed and the impact this has had on a much wider society.”

A public inquiry into the bombing is scheduled to start next month.