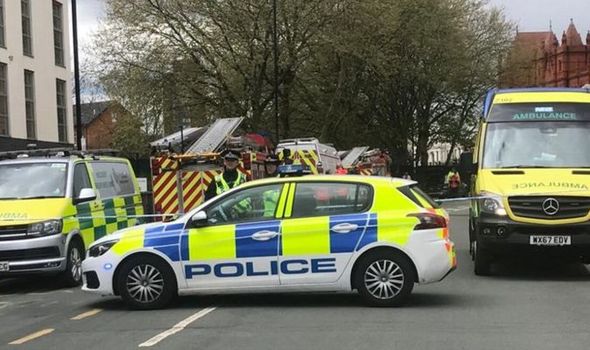 Bomb disposal experts have been called after suspicious items were found at a building in Old Trafford. Police were called to Chester Road just before midday. A large number of surrounding apartments have been evacuated as a precaution.  It is believed a man has been arrested.

Greater Manchester Police tweeted: “A number of homes have been evacuated in Old Trafford as a precaution as part of an ongoing incident.

“We were called at 11.55pm yesterday (April 28) to a report of a concern for the welfare of a man making threats on Chester Road, Old Trafford.

“A man in his 20s was detained for a public order offence and taken to custody. Officers subsequently searched an address on Chester Road and have since discovered some suspicious items, and EOD are due to attend the scene to make an assessment.

“As a precaution, a large number of surrounding apartments have been evacuated.

“Enquires are ongoing and police are working with the fire service to ensure there is no risk to the public.”