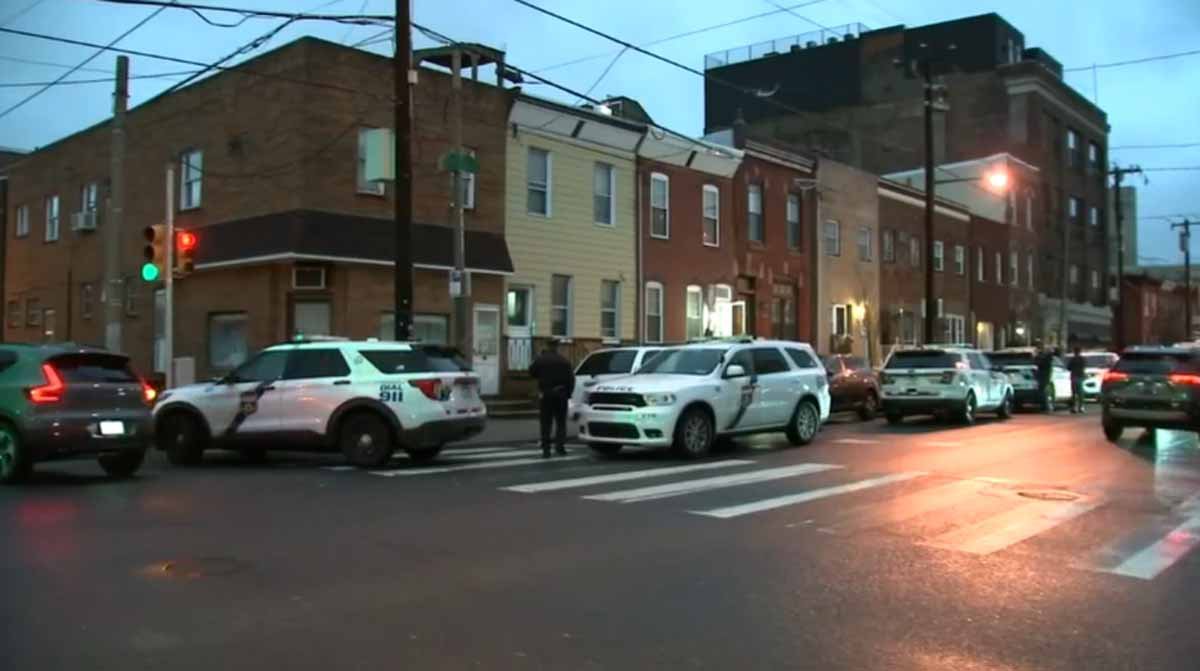 The body of a man was found in a freezer box inside a home and the victim’s son has been taken into custody.

Family members entered the row home in South Philadelphia on Friday morning to check on those they had not heard from, investigators said.

Upon entering the home, the family members saw blood and called cops just before 6.30am, WPVI reported.

Police who responded to the scene found what looked like a male body inside the freezer box. A bloody knife with a big blade was next to it.

‘The position the body is in – face down, curled up, with a bag over his head – we’re not even certain who this person is,’ said Philadelphia Police Chief Inspector Scott Small.

Cops took the man’s son into custody as a person of interest.

A father and his adult son frequently stayed over at the home, police said. But it was not clear if anyone lived at the home on a permanent basis.

There were no initial signs of a forced entry into the home and the residence was not robbed, investigators said.

Neighbors expressed shock over the discovery.

‘It’s right around the corner from me,’ South Philadelphia resident Yusuf Mitchell told WPVI. ‘This is crazy around here, and this is a quiet neighborhood around here.’