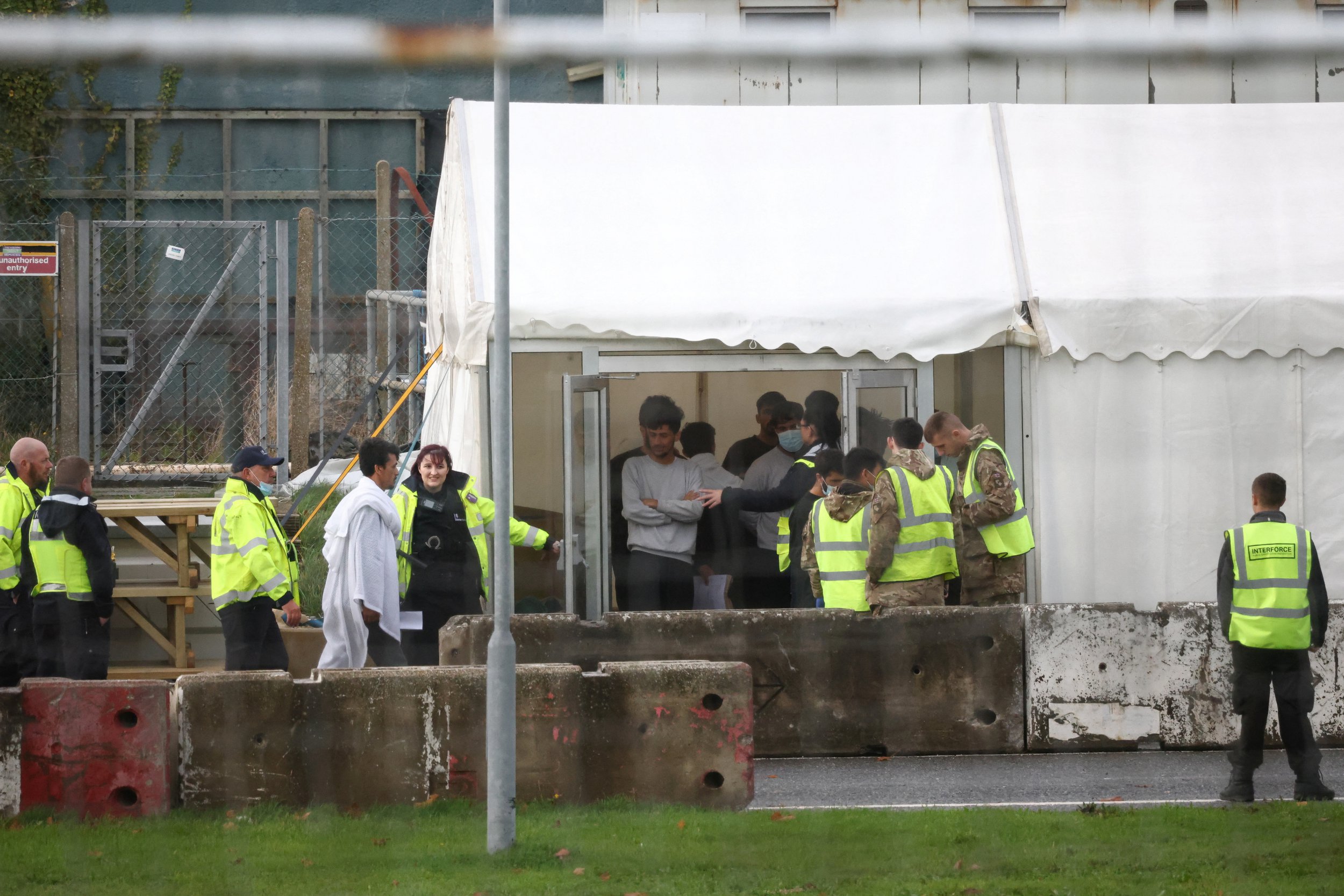 A man who died at the Manston migrant processing centre due to a possible diphtheria infection, the Home Office has said.

Initial tests at a hospital near the centre in Kent, which has struggled with overcrowding and outbreaks of disease, came back negative – but a follow-up PCR was positive.

The result indicates that ‘diphtheria may be the cause of the illness’, a statement said.

The man died in hospital on November 19 after being believed to have entered the UK on a small boat seven days earlier.

A Government spokeswoman said: ‘Our thoughts remain with the family of the man who has died and all those affected by this loss.

‘Initial test results processed by a local hospital for an infectious disease were negative, but a follow-up PCR test was positive, indicating that diphtheria may be the cause of the illness. The Coroner will conclude in due course.

‘We take the safety and welfare of those in our care extremely seriously and are taking all of the necessary steps following these results.’

Diphtheria vaccinations will be offered to any new arrivals at Manston, the spokeswoman said, though the facility is understood to be currently empty.

A post-mortem examination and a coroner’s investigation are ongoing.

Diphtheria is a highly contagious infection affecting the nose, throat and sometimes skin.

The NHS says it is rare in the UK and can be treated through antibiotics and other medicines.

The Home Office initially said there was ‘no evidence at this stage to suggest that this tragic death was caused by an infectious disease’, with the man being taken ill a day before dying.

At one point, as many as 4,000 people were being detained at the site, which is designed to hold just 1,600, but on Tuesday Government sources said the site had been emptied.

New arrivals were expected to be taken to the site, which is designed for holding people for short periods during security and identity checks before they are moved to accommodation.

But some people have been held for far longer periods due to a lack of alternative accommodation.

With migrants having been moved from Manston to hotels around the country, health officials are advising that vaccines and preventative courses of antibiotics are offered to people on arrival at their new accommodation.

The UK Health Security Agency identified 39 diphtheria cases in asylum seekers in England in 2022, as of November 10, ahead of the man’s death.

The health authority warned that accommodation settings should be considered ‘high-risk for infectious diseases’.

Home Secretary Suella Braverman has been coming under criticism for the dire conditions in Manston, and for failing to slow the perilous crossings of the English Channel by people in small boats.

This week she admitted the Government has ‘failed to control our borders’ but blamed desperate migrants and people smugglers for the overcrowding in Manston.