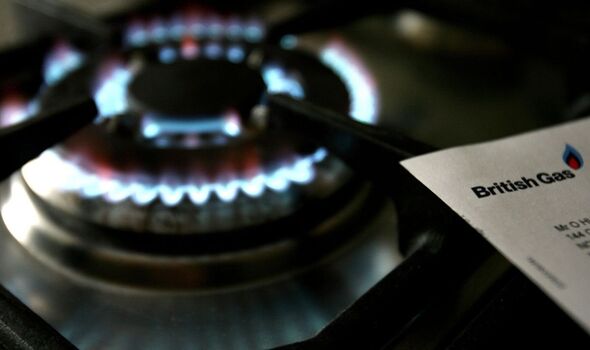 A man has slammed British Gas for sending his elderly mum a letter saying her energy bill would be rising to £7,000 a month.

The 78-year-old received the extortionate bill last month, leaving her son shocked when he came to help her with her bills.

Jon attempted to contact British Gas immediately about what was “clearly a mistake”.

However, after being put on hold, the 50-year-old claims his call was disconnected.

Now, John has hit out at the company and warned the error could have led to “tragic circumstances” for his family, reports Teesside Live.

Debt is an issue that is close to Jon’s heart after he lost a relative a number of years ago to suicide after she struggled to cope with the stress of mounting bills.

He is now concerned that the same thing could happen to someone else if the gas company were to make a similar error, which, if left unchecked, could have resulted in Sylvia being strapped with an £87,000 annual bill.

He explained: “I had an auntie who a few years ago through the stress of debt actually killed herself, and how would I feel if my mother had committed suicide because she thought she was now laboured with £87,000 a year through this.”

Fortunately, Jon said that his mum did not understand the bill, so it did not cause her too much distress, but he was extremely concerned and looked to the gas company for answers.

He feels that the company didn’t deal with the error appropriately and has the situation been different it could have led to disaster.

He added: “I’m lucky that she hasn’t understood it. She’s quite vulnerable, she suffers from what we thought was dementia, but it’s actually onset memory issues.

“She’s still functional but she gets checked in by somebody every single day.”

In a time of rising costs and when debt is something on everyone’s minds, British Gas admitted that the bill was an error on their part but claimed to have “quickly corrected” the problem, despite adding that they could have resolved the issue sooner.

In actual fact, Mrs Dea’s bill actually amounted to a still hefty £241.08 per month and she was already in credit for more than £2,300.

A spokesperson for British Gas said: “We’re sorry that we made a mistake when calculating Mrs Dea’s bill.

“This was quickly corrected and her new monthly payment is £241.08 per month.

“We have reached out to Mrs Dea to confirm this, and to apologise for the error.

“We had an opportunity to resolve this sooner when Mrs Dea’s son called us and are sorry for any distress this may have caused.”

Jon’s concerns still remain and he feels that the letter should have never been sent and questions why the huge figure was entered into a computer.

He feels that British Gas’ response was not an adequate enough explanation for why this happened.

Explaining his concerns, he said: “If I hadn’t discovered that letter and taken that letter away, if you think about that few hours I’m there looking after her, to the amount of hours she’s there alone.

“If she picked that letter up in a moment of very good clarity and read through it she could have had a massive reaction and no one would have been there to deal with the consequences.”

He also added that he is concerned for other customers who this could happen to and how this could affect their mental health: “I consider that personal debt is one of the greatest problems facing our society at the moment, and it doesn’t matter if it’s family or anybody.

“Any single person who thinks that they’re in an unaffordable situation, they hide that because they don’t know how to face the truth.

“Then it builds up and it explodes on them, they either break down and you could have tragic circumstances.

“It worries me not just for my mother’s situation, it worries me that anyone could face this.”