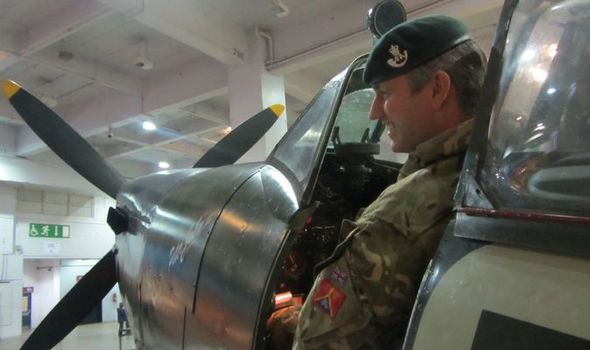 One respondent revealed they didn’t know their grandfather was awarded the Military Cross for service during World War One.

And another found out their grandad was wounded twice during The Great War – including on the first day of the Battle of the Somme.

One respondent said that when clearing out the bungalow of their late grandad, they found photos of him on a naval ship with Winston Churchill – something he had never spoken of.

While another discovered their grandmother was a code decipherer during the war, with the rest of the family unaware until more than ten years after she had passed away, as no-one had asked her about her wartime experience.

And it wasn’t just wartime stories – another found out their late grandad, a merchant seaman, brought a MONKEY back from Africa which destroyed the house, before being given to a zoo.

The research was carried out by SSAFA, the Armed Forces charity, which aims to provide practical, emotional, and financial support to our Forces and their families.

He served just shy of 30 years in the RAF, fighting in North Africa and Italy during the Second World War.

He said: “I was shocked and saddened to hear that 41 percent of those surveyed wished they had spoken to their late grandparents about their wartime experiences.

“As a veteran and great grandparent, I think it is incredibly important to share these stories and memories with them, allowing them to fully understand their own family history and experiences.

“I hope that my stories and memories of my time in the Armed Forces are shared for generations to come.”

The survey also found 65 percent had at least one late grandparent who served in the Armed Forces, and of those 15 percent revealed it had encouraged them to join up.

And 84 percent feel it is important that their late grandparents’ experiences are shared with their family and others.

The subjects the public would most like to speak to their grandparents about if they were still alive are the historic events during their lifetime, followed by their wartime experiences.

It’s not just their late grandparents’ military background that remains a mystery for many – with a fifth admitting they don’t know either of their grandmothers’ maiden names.

One in ten were unaware what their grandparents did for a living – and just 39 percent know where all their late grandparents were born.

But three-quarters (77 percent) enjoy finding out about a late grandparent from their relatives, and 79 percent like to look through old photographs and documents.

While 59 percent said shows like Who Do You Think You Are make them want to find out more about their family history.

The question people would most like to ask their late grandparents is “what were their great-grandparents like”, followed by “how they met their partner”, and “what my parents were like as kids”.

And of those who still have grandparents, 72 percent are now going to start asking them more about their life.

SSAFA is calling on the British public to speak to their older relatives, including grandparents, to capture their memories and stories before they are lost forever.

Tom Fox, former rifleman and SSAFA beneficiary, served with the Royal Green Jackets before going to on to work with the US Government as a Private Military Contractor.

He said: “Knowing what some of my family members had to endure during their service in the Armed Forces, such as trench fighting at Ypres, manning an anti-aircraft gun during the Blitz, taking part in the commando raid on Dieppe and liberating Belsen, have often helped me to put things into perspective during difficult times.

“These stories, often shared with me by my father, instilled me with a sense of duty, and taught me that we sometimes have to give up our own comfort and safety to help those that aren’t able to protect themselves.

“I think my own family stories will help teach my children that we all have a duty to each other especially in times of crisis, such as COVID-19, another emergency that our Armed Forces were mobilised for.

“I would urge everyone to spend a little time with their parents or grandparents and ask them about their time in the Armed Forces.

“Listen to their amazing and often funny stories. Learn from them. This is your history and it’s much too valuable to let it fade away.”

To help SSAFA continue their support of service personnel, veterans, and their families, please visit here.