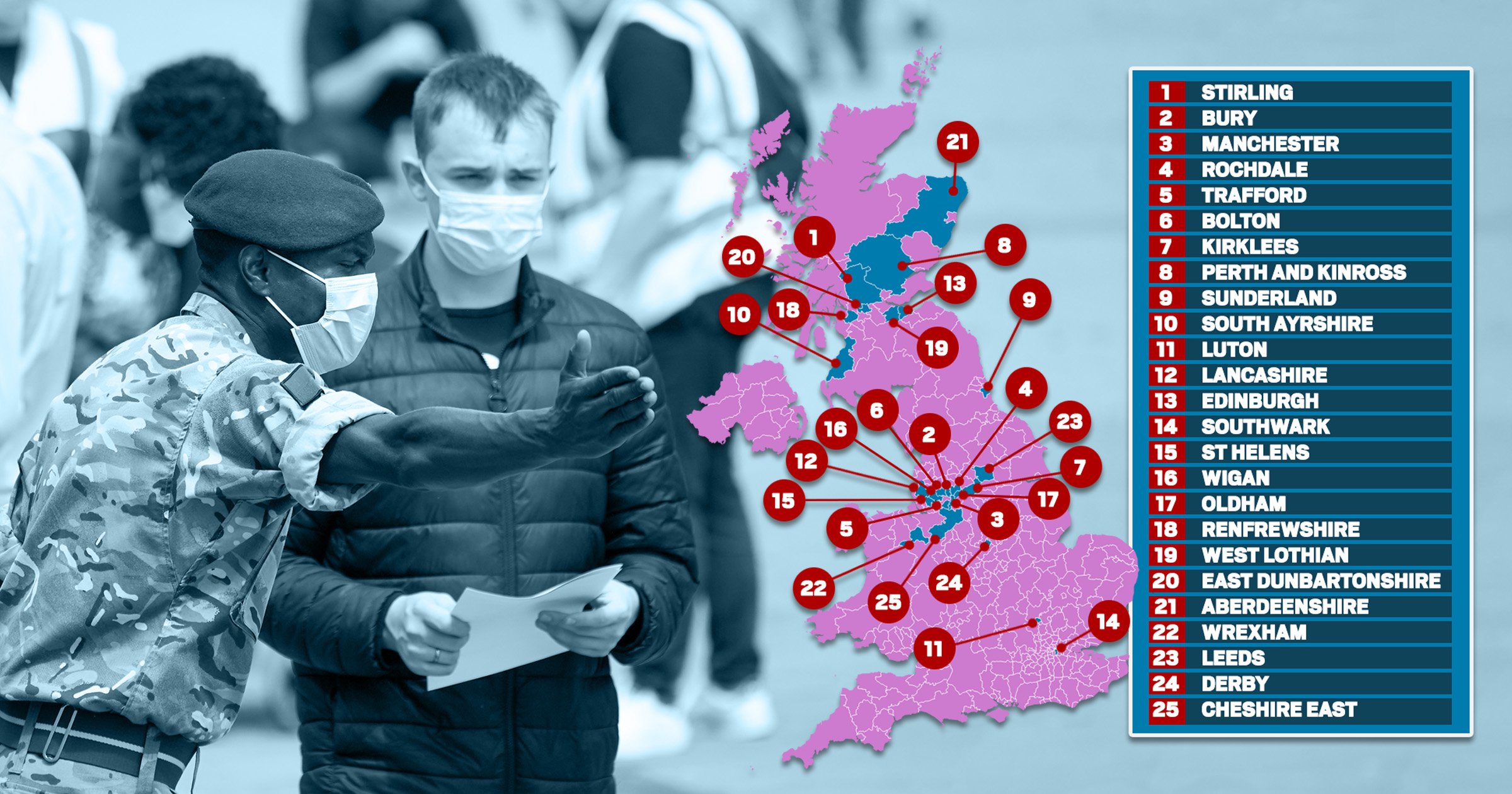 There are 25 places in the UK where cases of the Delta Covid variant is rising rapidly, according to a study tracking the pandemic.

The Zoe Covid Symptom Study App has created a watchlist as cases of the strain – first identified in India – now account for 91% of all new infections.

Stirling in Scotland has the highest prevalence of the variant and cases are still going up.

Other areas of concern include Manchester, Rochdale and Bolton – the worst affected place during the third wave so far.

Scientists say the Delta variant is around 60% more transmissible than the Alpha variant, first identified in Kent late last year.

It had appeared that the most recent outbreaks were among young and unvaccinated people, raising hopes that deaths and hospital admissions can remain low.

However the latest data from Public Health England (PHE) shows case rates in England have risen among almost all age groups, with the highest rate among 20 to 29-year-olds.

Tim Spector, the lead scientist on the ZOE COVID Study app, said: ‘The Covid-19 situation in the UK has rapidly changed from one of the best performing nations to a nation again struggling with rising cases.

‘The rapid rise is likely down to two compounding factors; increased social interaction and a newly dominant variant that is much more transmissible.’

‘It’s no surprise that people are becoming fatigued with social distancing after a long 15 months of restrictions, which will only encourage the spread.’

The app uses data reported by its millions of users to predict the prevalence of Covid in certain areas so differs from the official figures which only include cases confirmed via positive test results.

On average one in 543 people in the UK currently have symptomatic disease.

The UK is bracing for a further rise in cases over the coming weeks while officials continue to deliberate over whether to go ahead with the planned easing of restrictions on June 21.

Dr Jenny Harries, the chief executive of the newly created UK Health Security Agency, has warned the UK is ‘not going in the right direction.’

But she told a Royal Society of Medicine webinar that it was still too early to make a decision on ending lockdown and it will take another week before a clearer picture emerges.

‘Cases are rising, I think that is becoming clearer and modelling does suggest that we would start to see a further rise, not necessarily immediately but in coming weeks’, she said.