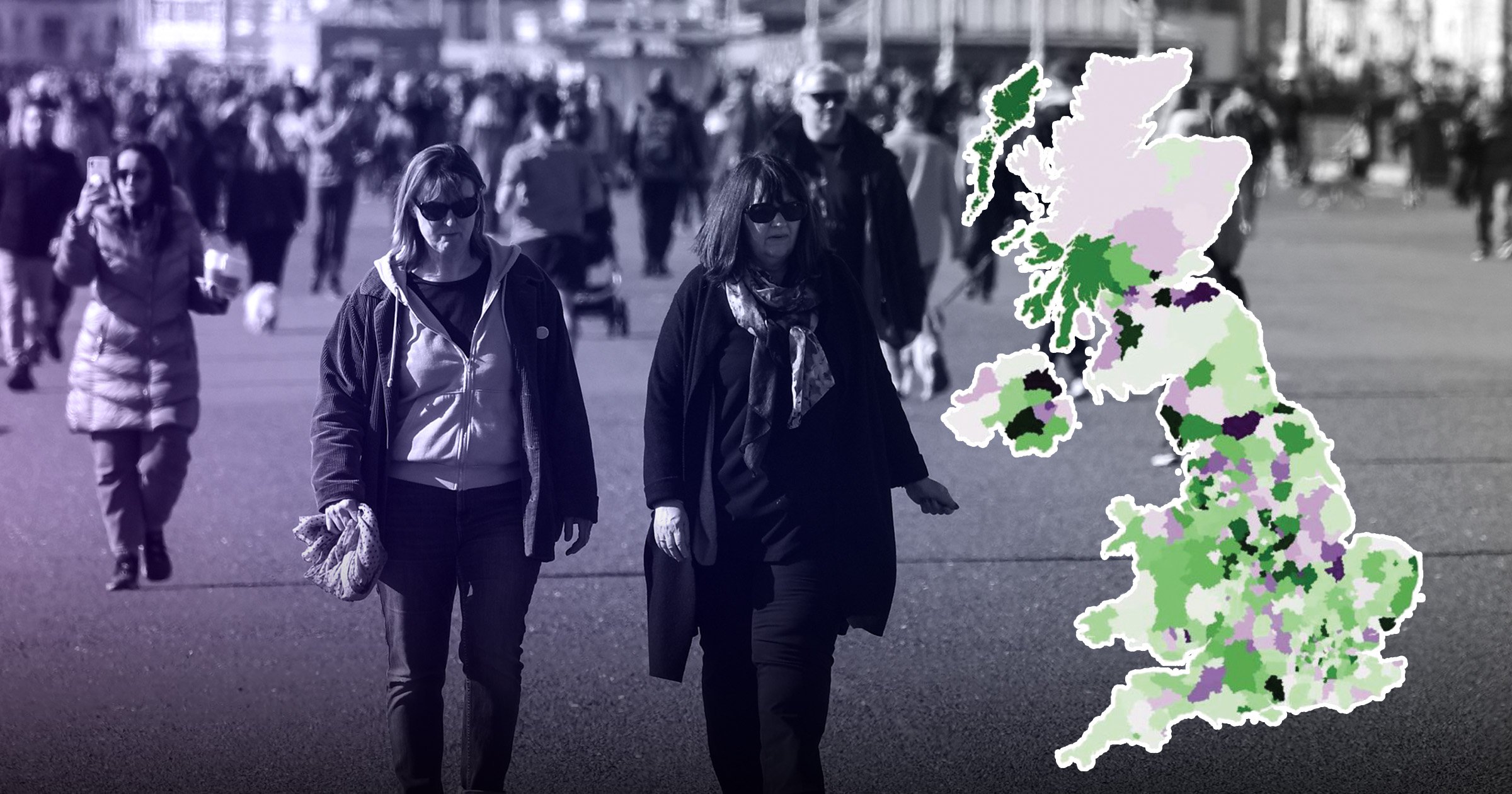 One in five local authorities in the UK has seen a rise in coronavirus case rates in the last week, the Health Secretary has revealed.

The public were urged not to ‘wreck it now’ as new data showed that despite promising vaccination figures, other data still showed a ‘stark picture’.

Matt Hancock told the public to ‘stick at’ following the lockdown restrictions and other social distancing measures as he warned of the rising rates in 20% of places.

Maps were used to illustrate the problem, with areas coloured in purple having rising rates, increasing in line with the darkness of the shading.

The Health Secretary told the Downing Street press conference the number of cases in England is down to one in 145 people but the rate of decline is ‘slowing’.

He said the rate of hospital admissions and deaths are still ‘far too high’, and added: ‘This stark picture shows that this isn’t over yet, the stay at home rules are still in place for a reason.’

Brits were warned this isn’t over yet by England’s deputy chief medical officer, Professor Jonathan Van-Tam.

He compared the situation to being 3-0 up in a football match ‘and thinking “we can’t possibly lose this now” – but how many times have you seen the other side take it 4-3?’

Another map used in the briefing showed a variety of hot spots spread across the country, with parts of the Midlands, Scotland and Northern Ireland highlighted by Professor Van-Tam as ‘burning quite hot’.

He added: ‘Although it is generally good news, I’m afraid it is better news in some places than it is others.

‘I’m afraid there are quite a few of them and that does show that in some parts of the UK case rates are changing albeit slowly but in the wrong direction.

‘This is not a good sign and reinforces the fact that I’m afraid this battle at the moment is not won.’

He urged Brits: ‘Do not wreck this now. It is too early to relax. Just continue to maintain discipline and hang on just a few more months.’

It comes as the latest figures showed that more than 19 million people have now had a first jab in the UK, with roughly 750,000 second doses also being given out.

Though he declared himself ‘upbeat’ about the progress, Professor Van-Tam warned that by his calculations some 40 million jabs were still needed to vaccinate everyone.