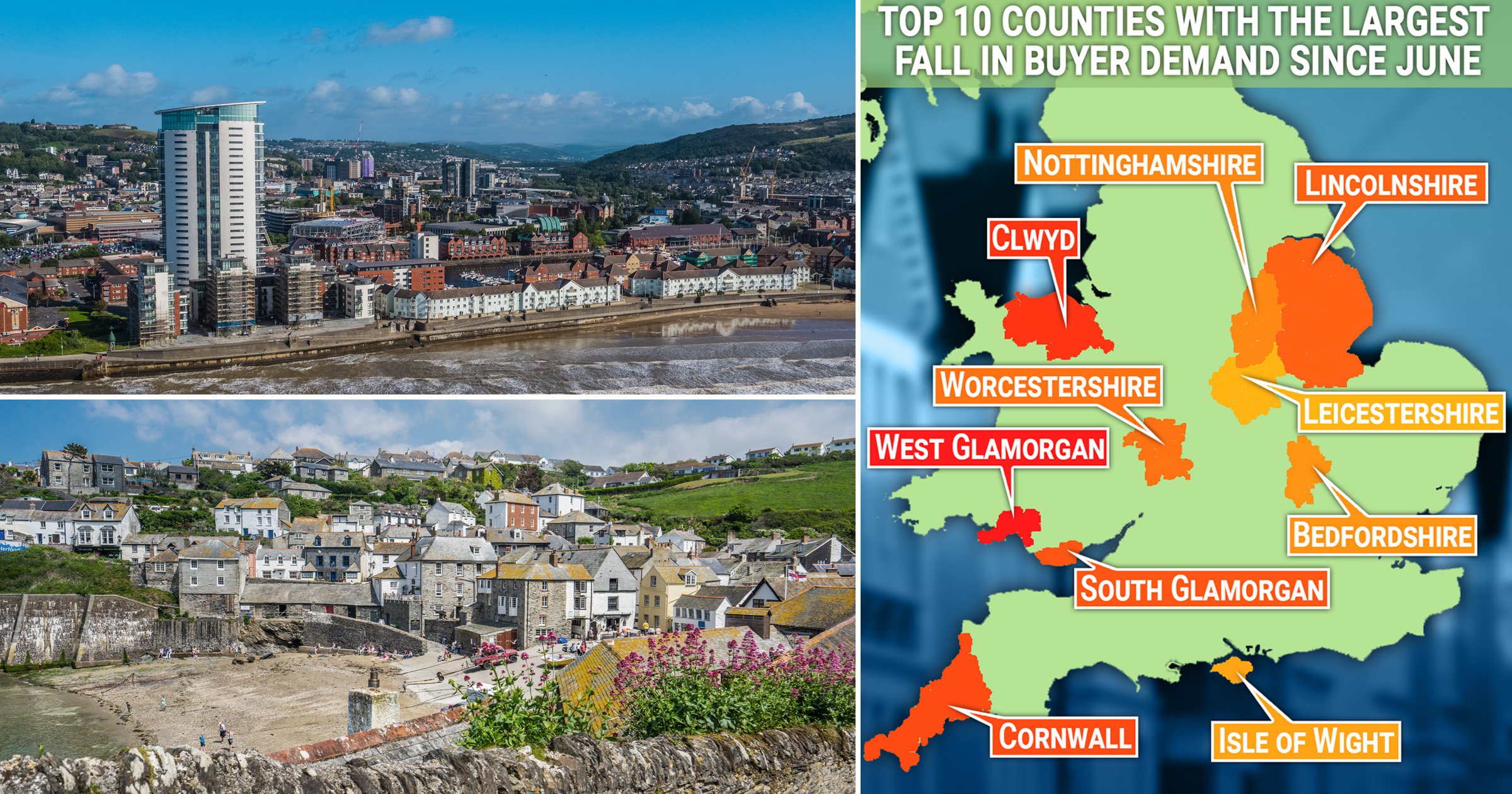 People in Cornwall, West Glamorgan, Lincolnshire and the Isle of Wight are among those expected to see house prices fall most in the expected upcoming slump.

That’s according to analysis of where buyer demand dropped the most last month.

A reduction in the numbers of people looking for a second home has contributed to the change in coastal areas, while higher mortgage rates have affected the housing market across the country.

Data from PropCast, which products a ‘weather report’ showing levels of buyer demand in UK housing markets, shows that demand fell in every country between June and September this year.

In Cornwall, the share of homes under offer fell by 14.5%.

The biggest drops were in West Glamorgan, a coastal county in South Wales, and Clwyd in North Wales, which both fell by 15.4%.

Nottingham, Bedfordshire, the Isle of Wight and Leicestershire all fell between 13% and 12.4%.

Many picturesque more rural areas such as Cornwall saw a boom in the housing market during the pandemic, with people looking for more space and realising they may have able to work from home more and not be tied to big cities.

This coincided with travel restrictions making it hard to go abroad, so more people wanted a staycation.

Many people either wanted a second home for themselves, or wanted to cash in on the trend by renting it out as a holiday let.

But now more far-flung destinations are popular again – coupled with the cost of living making it hard for many families to go on any trip at all – there has been a slump in demand for holidays within the UK.

Duncan Ley, of Humberts estate agents in Cornwall, told the Telegraph that there was still a lot of activity until Kwasi Kwarteng’s mini budget in September, which sent markets into turmoil.

Now, he estimated he was only doing around 50% of the transactions he would normally expect at this time of year.

‘During the summer, we were getting four or five offers on a property,’ he said. ‘Now, everything is on hold.’

Rising rates mean people are able to borrow less money, so have to revise down the cost of a house they can afford – which is likely to have an affect on house prices in the coming months.

Even wealthy second home buyers were put off by rising mortgage rates, Mr Ley added, as they often funded the new property by remortgaging their main home.

Mortgage lenders have pulled hundreds of mortgage deals since the Chancellor announced his mini-budget amid growing concerns over borrowing costs.