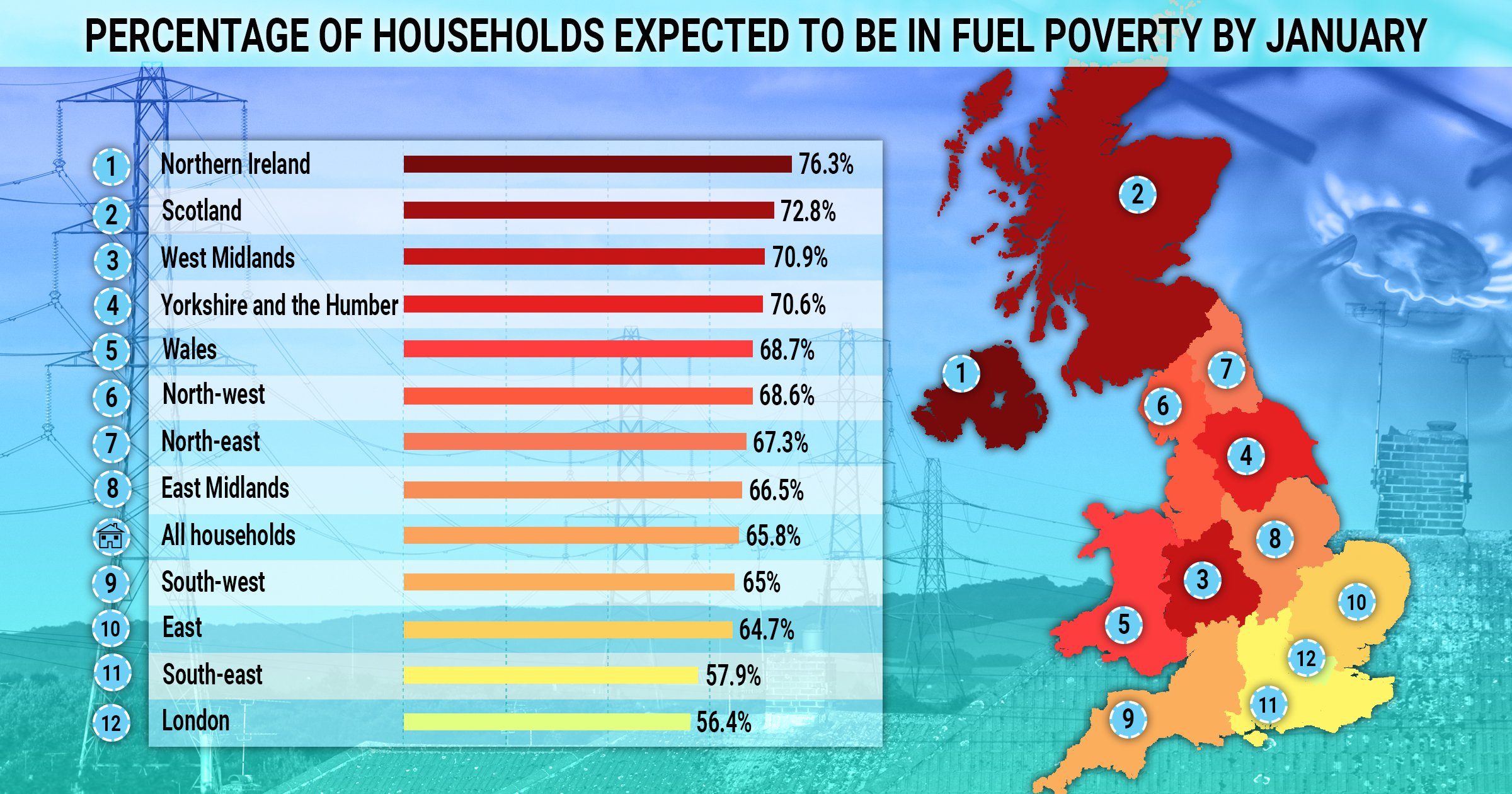 Two-thirds of all UK households will be plunged into fuel poverty this winter, new research has found.

It shows that 18 million families – equivalent to 45 million people – will struggle to pay energy bills by January in the wake of the predicted surge in prices.

Just over nine in 10 single parent households with two or more children are expected to struggle making ends meet, according to the study by the University of York published by The Guardian.

The research also states that 86.4% of pensioner couples will fall into fuel poverty – usually defined as a household spending more than 10% of its income on energy.

Northern Ireland is expected to be hardest hit with 76.3% of families finding themselves in financial precariousness.

The shadow secretary of state for climate change and net zero, Ed Miliband, responded to the report by calling for an energy price freeze to address the ‘national emergency’ of inflation.

The Labour MP wrote on Twitter: ‘These shocking figures show the full scale of the national emergency that could unfold unless the Conservative government acts to freeze energy bills.

‘We simply cannot allow the British people to suffer in this way.

‘We need an energy price freeze.’

It echoed Labour leader Sir Keir Starmer’s proposal announced on Monday to freeze the energy price cap at its current level of £1,971 for six months from October, saving the average household £1,000.

According to the most recent estimates by experts the price cap will reach close to £3,640 in October.

Then energy prices are expected to rise even further. On Wednesday energy consultancy Auxilione said that at today’s prices the cap might rise to £4,722 in January before hitting £5,601 in April.

The cost-of-living crisis was catapulted further up the agenda in the Conservative leadership election as new figures showed a worse-than-expected hit in July with the Consumer Prices Index inflation (CPI) reaching 10.1%.

Pressure was further applied to the Tory candidates and Government on Wednesday with the resignation of Ofgem director Christine Farnish, who cited concerns the energy regulator was failing to effectively protect struggling households.

The energy regulator has faced criticism in recent months for not doing enough to protect families during the global energy crisis.

It is understood Ms Farnish’s resignation is linked to Ofgem’s decision to change the methodology of the price cap to allow suppliers to recover some of the high energy ‘backwardation’ costs sooner rather than later.