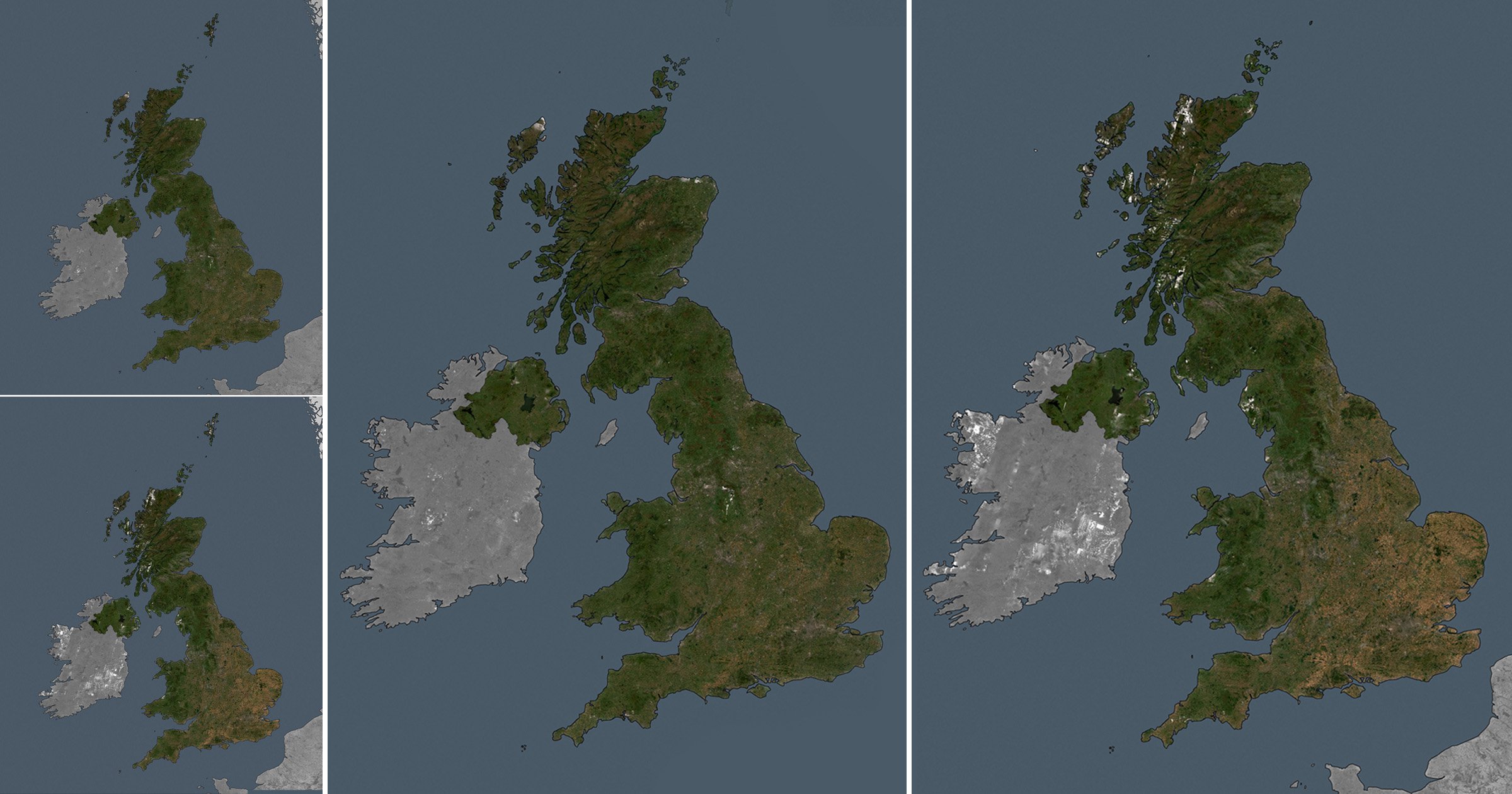 Staggering maps comparing this year to 2021 show how Britain has been baked brown and yellow by record-breaking heatwaves and wildfires.

Put together by Planet Labs using satellite images, it shows how swathes of the nation, especially in the south-east, have gone from lush green to desert-like amid scorching highs of 40°C.

The maps compare July 2021 to July this year, before drought conditions were declared across Britain and hosepipe bans imposed on millions of households.

Its Twitter feed said: ‘The worrisome dryness of vegetation caused by the ongoing drought is clearly visible in the eastern part of Great Britain… UK is not spared from drought.

‘The effects of the lack of rain are visible when comparing the Copernicus Sentinel-2 images of the area around Cambridge of 11 August 2021 and 8 August 2022.’

James Cheshire, professor of geographic information and cartography at the UCL, said the maps showed ‘the scarred landscape of the climate crisis’.

He added: ‘I’ve been obsessively checking satellite imagery to witness the UK turn from green to yellow, thanks to the period extreme heat and lack of rain Europe has been enduring.

Met Office boss Paul Davies fears the UK’s heatwaves could blaze once every five years and annually by the end of the century.

‘The parched landscape is unlike anything I’ve seen before.’

Mr Davies said: ‘When I started out as a ­forecaster, if someone had said in your lifetime you’ll see 40°C I’d have said; “No, surely not!”’

‘We are in uncharted waters. We’re entering areas we’ve never experienced before and it’s not just the UK, it’s the planet as a whole.’

Thunderstorms and flash floods have struck parts of southern England after the heatwaves, causing flash flooding in large areas of central London.

Deluges started in London and swept the South East on Wednesday, but experts say won’t ease the parched conditions as rainwater struggles to soak through dry ground.