Memories of going hungry as a child have inspired Marcus Rashford’s latest campaign to end food poverty, the footballer has said.

Full Time: Get Cooking With Marcus And Tom, will be published weekly on Instagram for the next 52 weeks from Sunday. 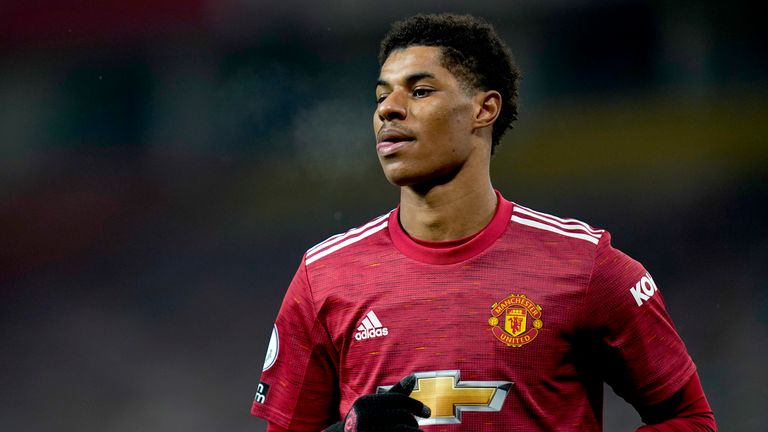 They feature recipes including fish pie, Mexican-style chicken, and Rashford’s childhood favourite, spaghetti bolognese, as well as lighter courses such as overnight oats and sandwiches.

The pair both grew up in single-parent households on low incomes, and said that inspired them to join forces.

Rashford, 23, said: “Is it fair if people go hungry? No it’s not. It’s unfair if somebody goes to sleep without eating a meal.

“I want it to get to a stage where, worst case scenario, everybody has to be at least eating three meals, breakfast, lunch and dinner, that’s my aim.”

Recalling how he went hungry as a child, Rashford added: “I remember sometimes at school I would fall asleep – I just hadn’t eaten food, I wasn’t awake, so I would just literally fall asleep.

“So I can see how it has an effect on their ability to learn and concentrate in class.

“Some of these kids may dream to be a scientist but imagine if they’re in science class but they’re always tired – I don’t want that to happen.”

He said the Full Time campaign would also try to remove peoples’ fears of cooking and end the sort of “embarrassment” his mother Melanie felt when using food banks.

The England forward appears in 20 of the guides, with TV presenter Fearne Cotton and fitness guru Joe Wicks among the other stars standing in for him.

Kerridge, 47, praised Rashford for his enthusiasm in the kitchen, and described the other household names taking part in Full Time as “a total mixed bag” in terms of their culinary ability.

He said: “I don’t care what level anyone is – just get in the kitchen and have some fun, it’ll all be fine and you’ll have something tasty to eat – what I can say is Joe Wicks is on the same page as me concerning pineapple and pizza.”