PARIS — The French far-right leader Marine Le Pen denied on Thursday that she had made a white supremacist gesture in a selfie with an Estonian politician and accused the news media of trying to undermine her before elections to the European Parliament this month.

Ms. Le Pen told France Inter radio on Thursday that the gesture, which she made in a picture alongside the far-right Estonian lawmaker Ruuben Kaalep, was used “all the time, everywhere, by everybody” and that other prominent leaders like President Emmanuel Macron of France and former President Barack Obama had used it in the past.

“It isn’t a white supremacist gesture, it’s a gesture that means ‘O.K.,’ ” she said.

Ms. Le Pen, leader of the National Gathering party, formerly known as the National Front, had been on a tour of Eastern Europe this week to support like-minded far-right parties ahead of the European Parliament elections. In Estonia, she met with members of the nationalist, anti-immigrant Conservative People’s Party, or EKRE, which recently became part of a coalition government.

This month, two leading EKRE figures — Mart Helme and Martin Helme, his son — shocked commentators when they made the fingers-and-thumb gesture on being sworn in as lawmakers in the Estonian Parliament.

Mr. Kaalep, a leader of EKRE’s youth movement, took a selfie with Ms. Le Pen on Tuesday in which both are making the sign of a circle with the thumb and index finger while holding the other three fingers outstretched.

While the “O.K.” sign is often used innocuously, it has been appropriated by some white supremacists. Organizations like the Anti-Defamation League have linked it to a 2017 online campaign on the anonymous message board 4chan in which users were encouraged to post false claims that the gesture represented the letters “W.P.” for “white power.”

According to the Anti-Defamation League, the hoax around the sign was so successful that it “became a popular trolling tactic on the part of right-leaning individuals, who would often post photos to social media of themselves posing while making the ‘O.K.’ gesture.”

But the league added that, “By 2019, at least some white supremacists seem to have abandoned the ironic or satiric intent behind the original trolling campaign and used the symbol as a sincere expression of white supremacy.” 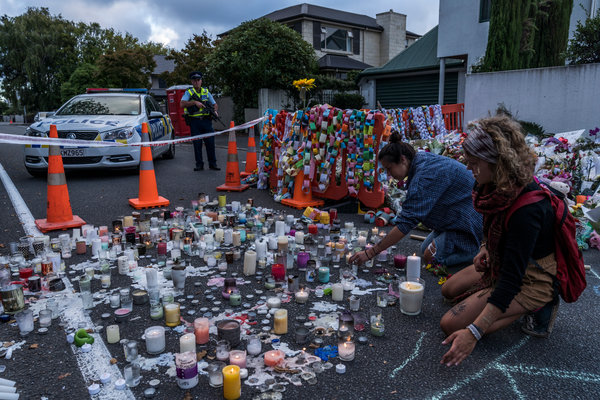 Ms. Le Pen told Agence France-Presse this week that she had posed for the selfie and used the sign at Mr. Kaalep’s request and that she had “immediately” asked him to delete it from his Facebook account once she was made aware of the gesture’s associations with white supremacy. She claimed to have been unaware of the connotations of the signal.

Ms. Le Pen referred to 4chan in her interview on Thursday, saying that the gesture was a “huge trolling” carried out to “make fun of the traditional media” and that “everyone had fallen into the trap.”

In March, the gesture was used in court by the man suspected of carrying out the terrorist attacks on two mosques in Christchurch, New Zealand, that left 51 dead. Asked about the fact that she had used the same sign as the gunman, Ms. Le Pen angrily responded that “he probably also eats toast with butter in the morning.”

“So do I, and that doesn’t make me a terrorist capable of dropping off bombs at a mosque,” she said.

Mr. Kaalep identifies himself as a “Finno-Ugric supremacist” on his Twitter account, which Ms. Le Pen said was different from white supremacy.

But Jean-Yves Camus, an expert on the far right who is director of the Observatory of Radical Politics at the Jean-Jaurès Foundation in Paris, said that defense was unconvincing.

Mr. Camus said that it was possible that Ms. Le Pen might not have known the “O.K.” gesture had become associated with white supremacy — alt-right memes and trends that have taken hold in the English-speaking world do not always carry over into France — but he added that Ms. Le Pen and her staff should have realized that she was posing with one of the more radical members of EKRE.

“It proves, once again, that it is a party of amateurs,” he said of the National Gathering.

Nonetheless, he expressed doubt that the selfie would hurt her party’s electoral chances. The National Gathering is neck-and-neck with Mr. Macron’s party in the polls ahead of elections to the European Parliament, which are being held around the European Union from the end of next week. France will vote on May 26.