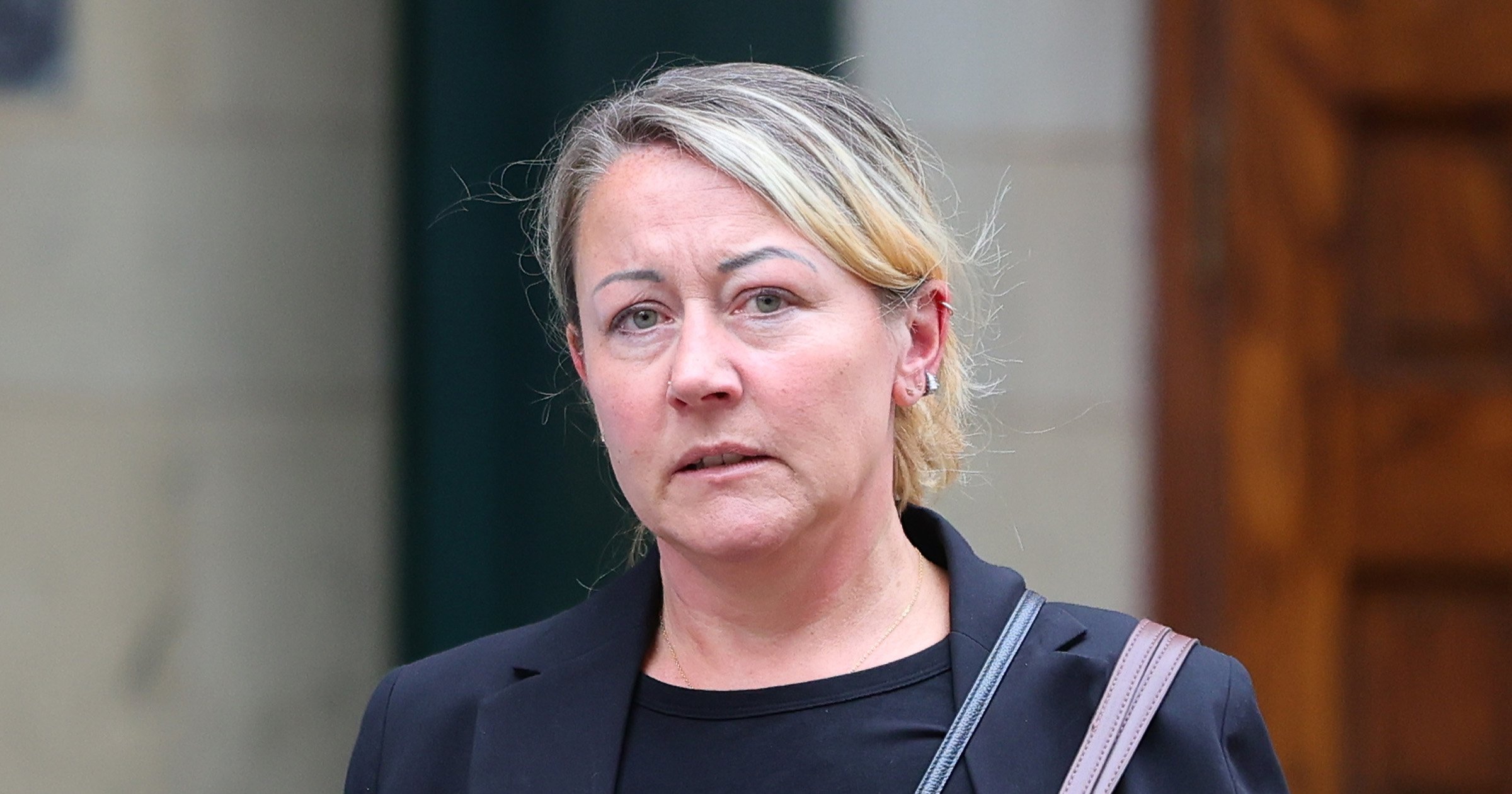 A teacher mouthed ‘thank you’ to jurors after they found her not guilty of targeting a boy less than half her age.

Rebecca Whitehurst, 46, was accused of sexually touching a ‘troubled young boy’ twice and sending him inappropriate messages in April 2019.

But the married mum-of-two was acquitted yesterday after the defence argued the boy had faked the whole thing as part of his own ‘fantasy’.

It all started when Whitehurst noticed her pupil, who cannot be named for legal reasons, was ‘visibly upset’ in a class at the school in Greater Manchester.

She emailed him through the school system and invited him to one of her mindfulness sessions.

He replied with a ghost emoji which Whitehurst believed was a signal he wanted to speak with her on Snapchat, as the ghost is the company’s logo.

She said: ‘He told me he didn’t want to tell me on email as he didn’t trust it. I sent him an email with my Snapchat username for him to find me so that he could tell me what the secret was.

‘The secret was that he was in love with me.’

Whitehurst said she ‘felt like a complete idiot’ for ‘stupidly breaking the cardinal rule’ of sharing her personal contact details with the boy.

Manchester Crown Court heard how the teacher threatened to report the inappropriate comments but felt ‘scared’ she would be held responsible as the adult.

She said: ‘He was angry and told me it was a mistake to give him my Snapchat username, that he could do what he wanted and the school would believe him.’

On top of this, the boy told her he had ‘thought of killing himself’ and Whitehurst said she feared what would happen if she broke contact.

Things escalated and the boy allegedly came to her classroom multiple times, including one occasion where he ‘stuck his tongue down her throat’.

He was also accused of slapping the teacher’s face and spitting on her ‘at least 10 times’.

At one point the boy gave Whitehurst a necklace which she tried to give back. She said she wore it a few times because she was ‘worried he would kick off at her’.

The boy sent Whitehurst naked images of himself, which she said she deleted permanently before telling him to stop.

She admitted sending him a photo of her in her running kit but claimed it was to encourage him to ‘get out and get some fresh air’.

The teacher explained that she never reported the situation to anyone because she was worried she would get in trouble.

She said: ‘I felt I had done something wrong. I’m the adult and he’s the child – I was embarrassed, and ashamed that I mismanaged the situation.’

Police interviews showed the boy telling officers his teacher ‘knew what she was doing’ and that it was ‘entirely wrong’.

Then he mixed up his stories saying she had ‘just made a mistake’, insisting he had a crush and was in love with her.

Whitehurst’s husband watched the six-day trial from the public gallery. They left together.