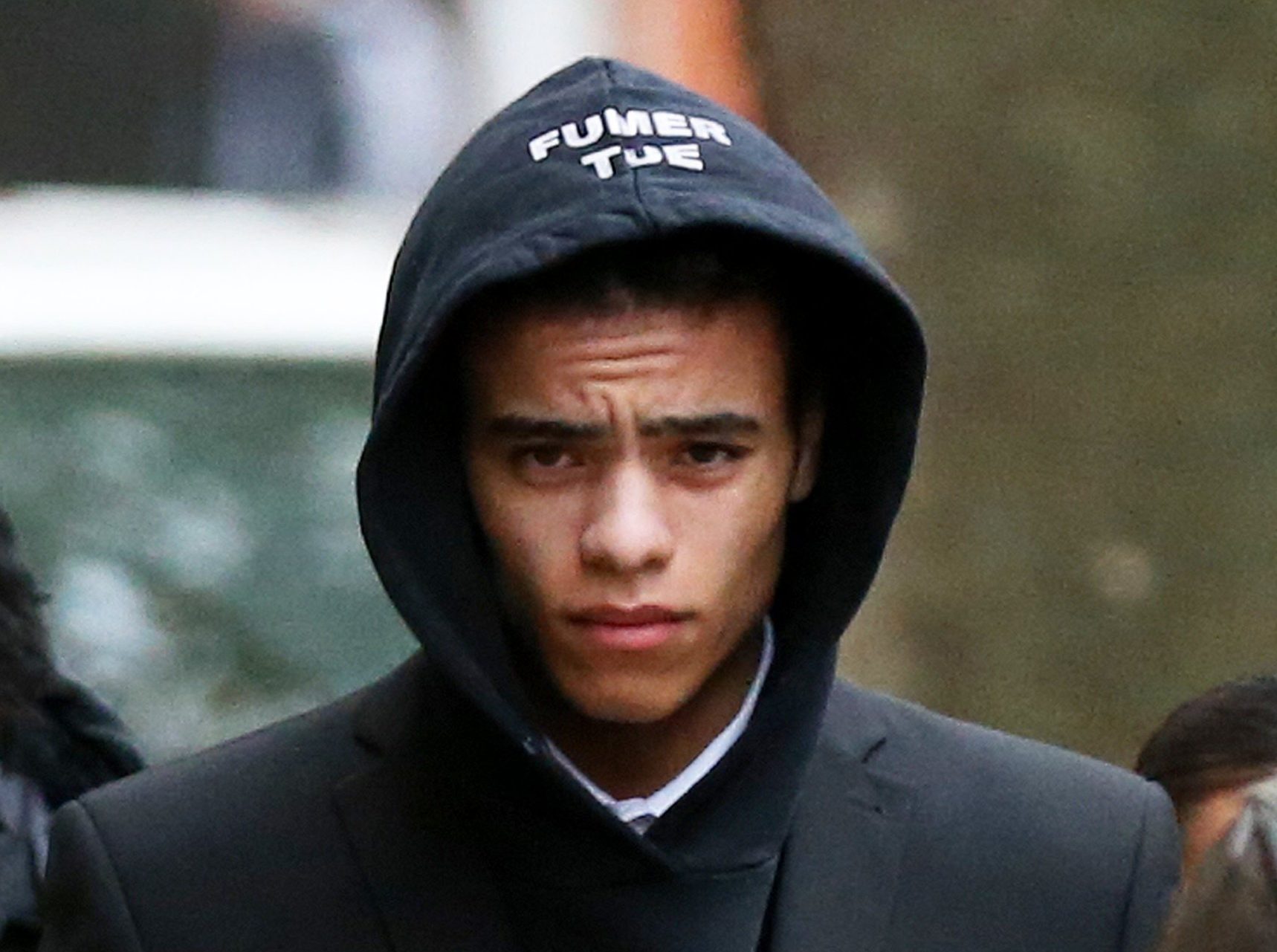 Manchester United footballer Mason Greenwood could go on trial as soon as next year after he was re-bailed over attempted rape charges.

He has been given bail until a hearing on February 10 next year, with a trial date set for November 27, 2023.

The England international, from Bowdon, Trafford, appeared before a judge only to confirm his name and age.

All three charges relate to the same woman.

He was granted bail at the same court last month, with conditions not to contact witnesses, including the complainant, and to reside at an address in Bow Green Road in Bowdon.

He is accused of making ‘threatening and derogatory’ comments towards the alleged victim.

He also allegedly accessed and monitored her social media accounts.

He arrived at court wearing a black suit with a hoody underneath a long coat earlier today.

Judge Maurice Greene said: ‘Mr Greenwood, the next hearing that you will need to attend is February 10.

‘You are granted bail as before, you must attend otherwise you will commit a separate offence.

‘The proposed trial date has been set for November 27, which is a long way off, so it’s very important you keep in contact with your solicitors.

Mr Greenwood is yet to enter a plea.

A statement from the club read: ‘Manchester United notes that criminal charges have been brought against Mason Greenwood by the Crown Prosecution Service. He remains suspended by the club, pending the outcome of the judicial process.’

The attempted rape is alleged to have taken place in October 2021.

A charge of controlling and coercive behaviour relates to a period between November 2018 and October this year, while the assault occasioning actual bodily harm is from December 2021.

Within hours of allegations surfacing online at the beginning of the year, the forward – who has made one appearance for England – was suspended from playing or training with the Old Trafford club.

Nike suspended and later terminated its sponsorship deal with Greenwood, while Electronic Arts confirmed his removal from active squads on its Fifa 22 game.