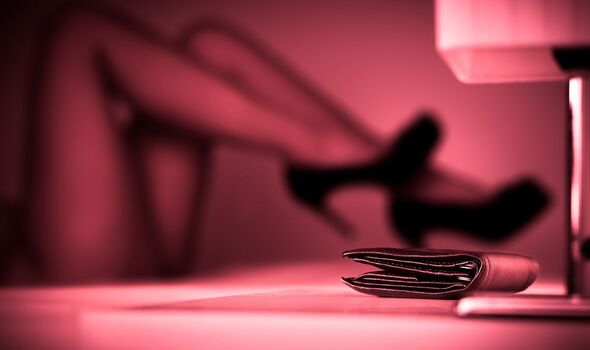 Massage parlours exist around the country where men can pay for so-called “extras” behind closed doors.

That is no secret, but it is a taboo subject that is not often talked about.

While some specialise in sports massages or traditional Thai treatments, others sell sex for cash, and like most “services,” the sex industry has been hit by the cost of living crisis, with parlours “forced to shut”.

BirminghamLive spoke with the receptionist who books men into Birmingham’s “longest-standing” massage parlor.

They revealed industry secrets as well as the impact of rising energy costs.

She said their business is now the “only” one in its area, as others struggle to stay afloat.

Housed in an unsuspecting terrace on one of the city’s busiest routes, she said the girls there have picked up new clients from the three nearby parlours that “couldn’t survive”.

Fifteen parlours, which only advertised their services in 2022, were no longer available, with mobile numbers disconnected for one reason or another.

But one that was still running—and has been for 40 years—boasted it was the “cheapest” in the country, despite being forced to ramp up prices.

She said: “We’ve had to pay more for energy bills, everything.

“Our prices [for massages] have been £40 for absolutely years. Obviously, we’ve put the price up in March.

“We’ve put it up by £10. The customers are happy to pay it, they told us we should’ve done it a long time ago before now.

“It’s about everything really, it’s about the people who come here really, the girls themselves.

“We offer a service and they’re happy with the service, I would say.

“It’s more like family, when they keep coming back.

“Across the country, we’re the cheapest people here…that’s why people keep coming back – and it’s a good service.”

She added that other parlours in the area were closing down as they found it difficult to stay afloat in the crisis.

“Obviously other places are closing down, so we have a lot of new people,” she explained.

“We weren’t the only people in the village, we had three lots of services in one sort of area. Now, we’re the only ones here.”

The first one to go in the immediate vicinity was six years ago, she said.

However, another nearby business closed its doors only a few months ago.

“The cost of living is catching everybody on the foot really but at the end of the day, this service has been long-standing since the beginning of time really – so it depends what men put as a priority in their own purse.

“The tips are still the same. We offer a full personal service.”

Along with the cost of living crisis, brothels are also being closed down by the West Midlands Police.

Over the years, the force has reported closing down suspected premises amid efforts to “disrupt brothels”.

Most recently, West Midlands Police said it had shut down a 22-room HMO in Edgbaston as part of the crackdown on the “illegal” sex industry.

It is not illegal to sell sex in a brothel or parlour, provided the sex worker is not involved in the management or control of the services.

But controlling or keeping such a place to sell sex is a crime.

Across the region over the past four years, between 2018 and 2022, West Midlands Police recorded 19 reports of keeping a brothel for prostitution.

Thirteen more reports were made for controlling prostitution for gain.

The force figures, obtained by a Freedom of Information request, also revealed the area where soliciting, or offering sex in the street or public, was most prevalent in West Birmingham across that time period.

A total of 70 soliciting for prostitution offences were recorded in the area, which includes the Ladywood and Perry Barr constituencies.

The neighbourhood policing unit with the second highest number of offences was Coventry, with just five offences recorded for the four years.

Support for women in the sex industry

Beyond the Streets works with women involved in the UK sex industry.

They work to see women safe from coercion, violence and abuse.

They collaborate to ensure women are not compelled to sell sex and to create routes out of prostitution by working with others including those with lived experience.

Women working on the streets, in parlours, escorting and online can access support by calling 0800 133 7870 or emailing [email protected]