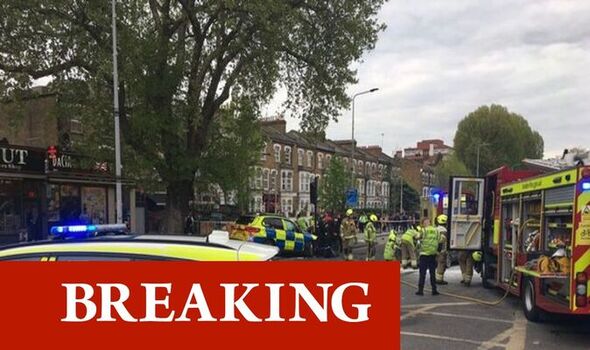 The accident took place on the A10 High Road in Tottenham, at around 5:30 on Tuesday evening. At least 15 emergency services including ambulances and fire engines are assisting at the scene. Disruption to traffic was also caused as roads had to close while the incident was being dealt with.

A spokesperson of the Met Police said: “At approximately 17:35hrs on Tuesday, 26 April a police vehicle was involved in a collision with another vehicle in High Road, N15 near the junction with Broad Lane.

“London Ambulance Service attended and a woman – no further details – who was in the other vehicle was taken to hospital for treatment; at this early stage it is not thought she is seriously injured.

“No reports of any other injuries.

“Road closures were put in place while the scene was dealt with.”