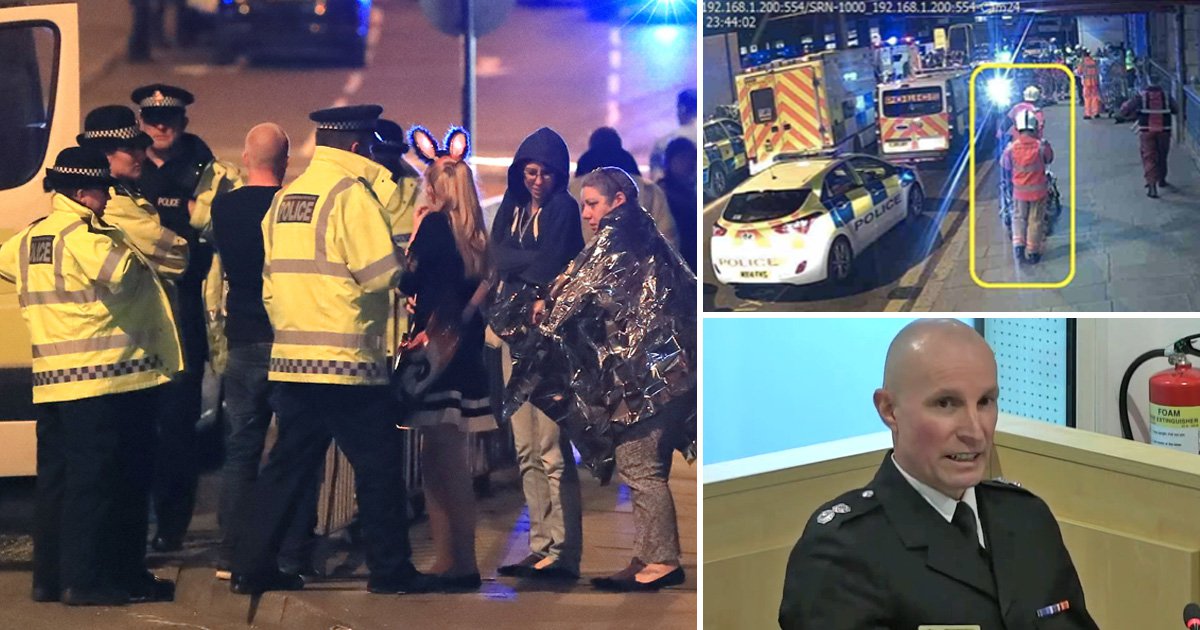 A ‘massive decision error’ meant fire crews drove in the opposite direction from Manchester Arena 20 minutes after the 2017 bomb attack, a public inquiry has heard.

The first fire engine did not arrive at the scene until two hours after the explosion which killed 22 people and injured hundreds at an Ariana Grande concert on May 22 four years ago.

Watch manager Andrew Simister said staff from Manchester Central Fire Station were expecting to be mobilised after news of the tragedy was ‘all over social media’.

He said they could have been there in three minutes but instead were diverted two miles away to a rendezvous point at Philips Park Fire Station.

Mr Simister said: ‘We wanted to go the arena because that’s our job, ride a fire engine. We have got first aid capabilities. After an explosion people are in distress and it’s our job to go.

‘I thought we were going there (Philips Park) because they had a plan. There was no plan.’

Mr Simister said more information about the blast appeared on TV news as they waited at Philips Park, but there was still no explanation from bosses as to why they had to wait there and not go to the arena.

At about 11.25pm a Greater Manchester Fire and Rescue Service (GMFRS) group manager arrived and was confronted by angry firefighters.

The experienced firefighter of 26 years said further exasperation followed as his crews were sent back to their station in central Manchester, which is less than a mile away from the arena.

‘By the time we got to Central I was deflated, frustrated and I just didn’t think we were going to go. There was anger, there was a lot of anger, we should have gone. We just needed mobilising to the scene.’

Fire crews were eventually sent to the arena at 12.22am. The inquest heard that they were greeted by distressed paramedics asking why they did not arrive sooner.

Retired fire officer Alan Topping told the hearing that specialist teams who could have treated and moved casualties were ‘not really going to offer that much help’ by the time they arrived and they needed to be there ‘within five to 10 minutes’.

Mr Simister said an earlier arrival could have made a difference and described how members of the public stepped in to help victims while firefighters sat waiting for orders.

‘Where the bomb was detonated, casualties would have had to be helped down a set of stairs on to the station concourse,’ he said in a statement after the attack, which was read at the inquiry. ‘This must have been done by members of the public, railway staff, arena staff, the homeless, the police and ambulance staff, using advertising hoardings.

‘We sat in two fire station yards with the equipment, the manpower and the training for just this sort of incident. This may have made a difference to the incident if we had been allowed to do our job.’

Mr Simister said deploying to Philips Park was a ‘massive decision error’ and blamed senior management for a ‘complete negation of what the fire service is all about’.

The inquiry heard from a number of firefighters who criticised the service’s response to the tragedy.

Mr Topping, a former duty command officer, said he ‘felt ashamed to be a firefighter’ after being held back from responding to the bombing.

He said crews felt they ‘let the people of Greater Manchester down’ and some were brought to tears because they felt ‘such shame and disappointment’.

He described a tense de-brief in the aftermath of the attack where some firefighters turned their backs on a senior officer who had been unable to explain why they had been held back, while others became visibly emotional.

‘I had never seen firefighters cry at a debrief,’ he said.

‘We didn’t respond and we didn’t do our jobs to make a difference. It took me a couple of days to put my shirt back on such was the strength of my feelings.

‘I felt ashamed to be a firefighter. I felt we had let the people of Greater Manchester down.’

The inquiry also heard from a firefighter who was approached by a tearful paramedic about their late arrival.

The firefighter recalled: ‘She came over crying, pleading with us to go over and help.

‘Her exact words were, “what are you doing just stood around here? There are people dying, we need your help. I have just taken an 18-year-old girl in the back of an ambulance who died en route to hospital and you lot are just stood around”.’

The inquiry has heard previously that police declared a marauding terrorist firearms attack amid erroneous reports of gunfire but failed to inform the fire and ambulance services of what was going on.

None of the three blue light services met at a rendezvous point to discuss a planned response, meaning the response was held back.