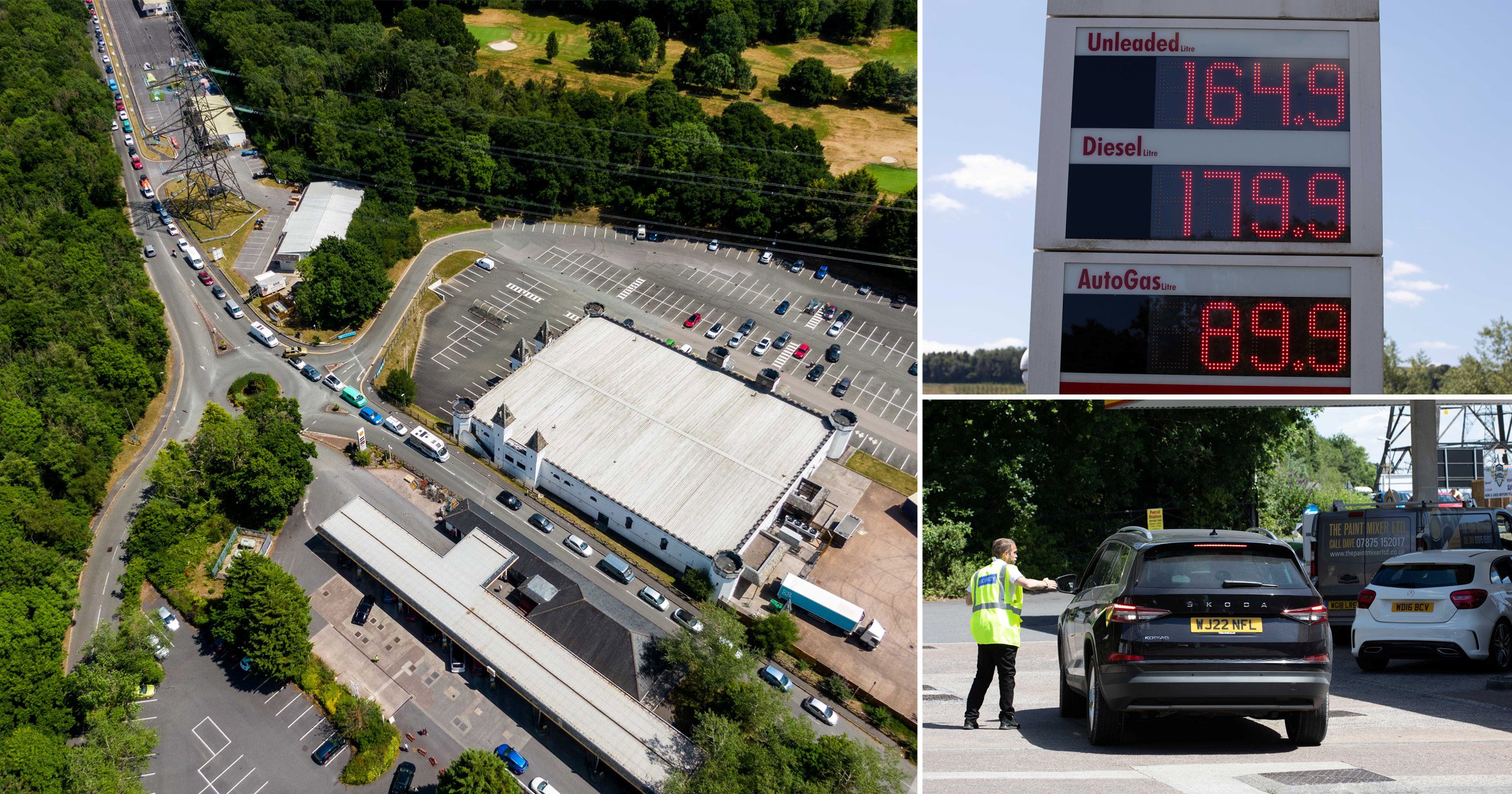 Massive queues have formed outside a petrol station in Manchester where fuel is being sold at more than 20p a litre below the national average.

Hassan Mohammed, one of the bosses at Limes Service Station in Walkden, said they decided to slash prices to help locals struggling amid the cost of living crisis.

The station is currently offering prices of 169.9p for unleaded and 185.9p for diesel – much less than the national average of 191.2p for petrol and 199.1p for diesel, according to Confused.com.

Co-director Hassan has been overwhelmed with the response.

‘The reaction has been fantastic,’ he said.

‘All of the customers have been really appreciative. It’s been non-stop all day, the pumps have been busy all day long.

‘Some people couldn’t believe what we were doing until they came down and saw it for themselves.

‘We’ve had a lot of people telling us how they’re glad it’s not a one-day gimmick and have said they’ll be back again.’

Hassan says there have been ‘hundreds’ of people visiting the petrol station so far today and he expects demand to continue.

‘We’ve been rushed off our feet, it’s been very busy but everyone has been so positive about it,’ he added.

‘I’m fairly certain we’re going to be busy all week long now that more people have heard about what we’re doing.’

Earlier today, Hassan said he hopes to keep prices as low as possible for at least a week and will continue if he can.

He said: ‘My aim is to sustain these prices for at least the next week and then, if the pricing allows us, we will try and keep it going for as long as we can.’

Hassan said he chose to drop fuel prices so significantly because he wanted to give back to the Walkden community at a time when costs for essentials have been rising. He said he has been able to do it by putting savings back into the business.

He previously said: ‘People’s disposable incomes are being affected in a major way and we know that petrol is one of the biggest costs for people. We thought we’d like to do something for our community in Walkden.

‘We’ve been here for seven years now and we’ve always tried to support our community.’