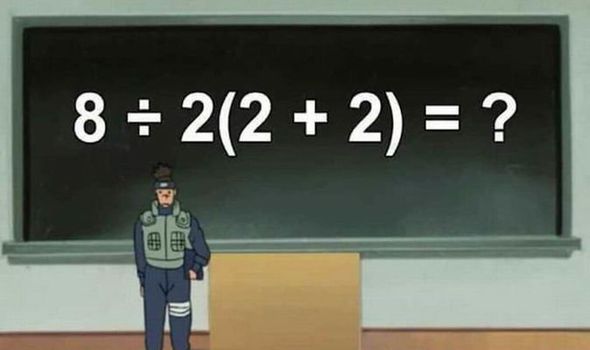 A seemingly simple maths equation has left the internet completely divided. Social media users have been left split in two by the maths problem shared on Twitter. On the micro blogging site. user @pjmdoll asked: “oomfies solve this,” alongside the problem: 8 ÷ 2(2 + 2) = ?

They added: “I do parenthesis, multiplication, then division so I believe it’s 1. I see so apparently division comes first… this is why I didn’t do well in math okay.”

But nobody can seem to agree on the answer with half of Twitter saying ‘1’ is correct, but the others pointing out it’s ’16’. 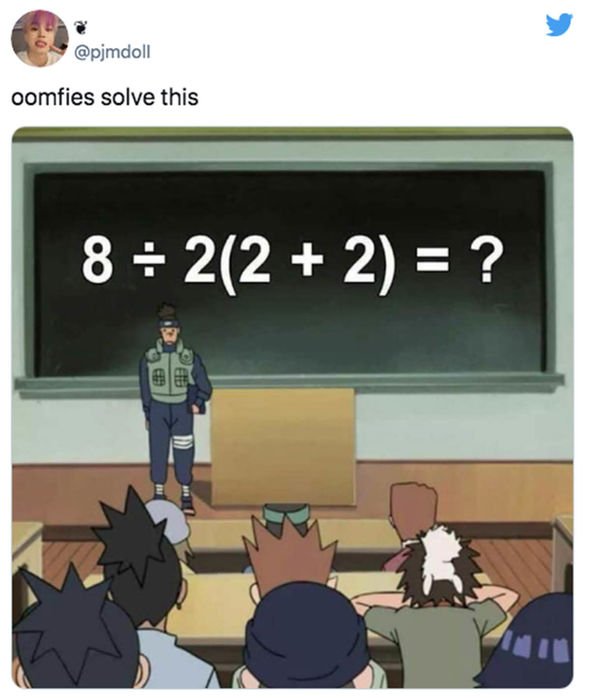 The tweet has racked up nearly 20,000 retweets – and thousands of likes too.

“Just follow these conventions: 1. Do the parenthesis, 2. Do from Left to Right. The correct result is then 4 X 4 = 16. No memorization of acronyms.”

And another wrote: “The correct answer is 16. When the problem is at 8/2(4), You have to calculate from left to right because multiplication and division have the same precedence. So 8/2 first and then 4(4)=16. Just remember the left to right rule, which is a rule a lot of people forget.”

It turns out it’s a question of where you’re from rather than whether you can work it out or not, explains Fiona Goddard.

She said: “It boils down to us all having to agree to play by the same rules governing ‘the order of operations, as in this calculation, we are faced with several mathematical operations to perform — to evaluate expressions in brackets, carry out multiplications or divisions, or do additions or subtractions — the order in which we do them can make a huge difference.

“Now comes the split as we are faced with a division and a multiplication, which one takes priority?

“Frustratingly, the right answer literally depends on how you were taught and it all comes down to whether you think you should work out ‘2(4)’ first or ‘8 ÷ 2’.

“Hence, giving you different answers. Some calculators say 16, but some say 1 – even the machines don’t have a definitive answer!”