Matt Hancock has issued a plea for anyone missing the results of their Covid test to get in touch amid the ongoing search for a lost case of the new Brazilian variant.

Officials are currently seeking one person who tested positive for the ‘concerning’ Covid strain, but didn’t leave their name and address when they took their test. They are one of six cases of the variant, which originates from the city of Manaus, found in the UK during February.

Speaking during this evening’s press conference, Hancock asked for anyone who took a Covid test on February 12 or 13 and didn’t get their results back to get in touch with the NHS.

The Health Secretary said five of the people with the Manaus Covid variant had quarantined at home as they were ‘legally required to do’ and expressed his gratitude to them for ‘understanding the seriousness of the situation’.

He went on: ‘One of the six completed a test but did not successfully complete contact details. We’re therefore asking anyone who took a test on February 12 or 13, but hasn’t received the result back, to please get in touch.’

Hancock said that those in England, Wales or Northern Ireland should call 119, while those in Scotland should dial 0300 303 2713. 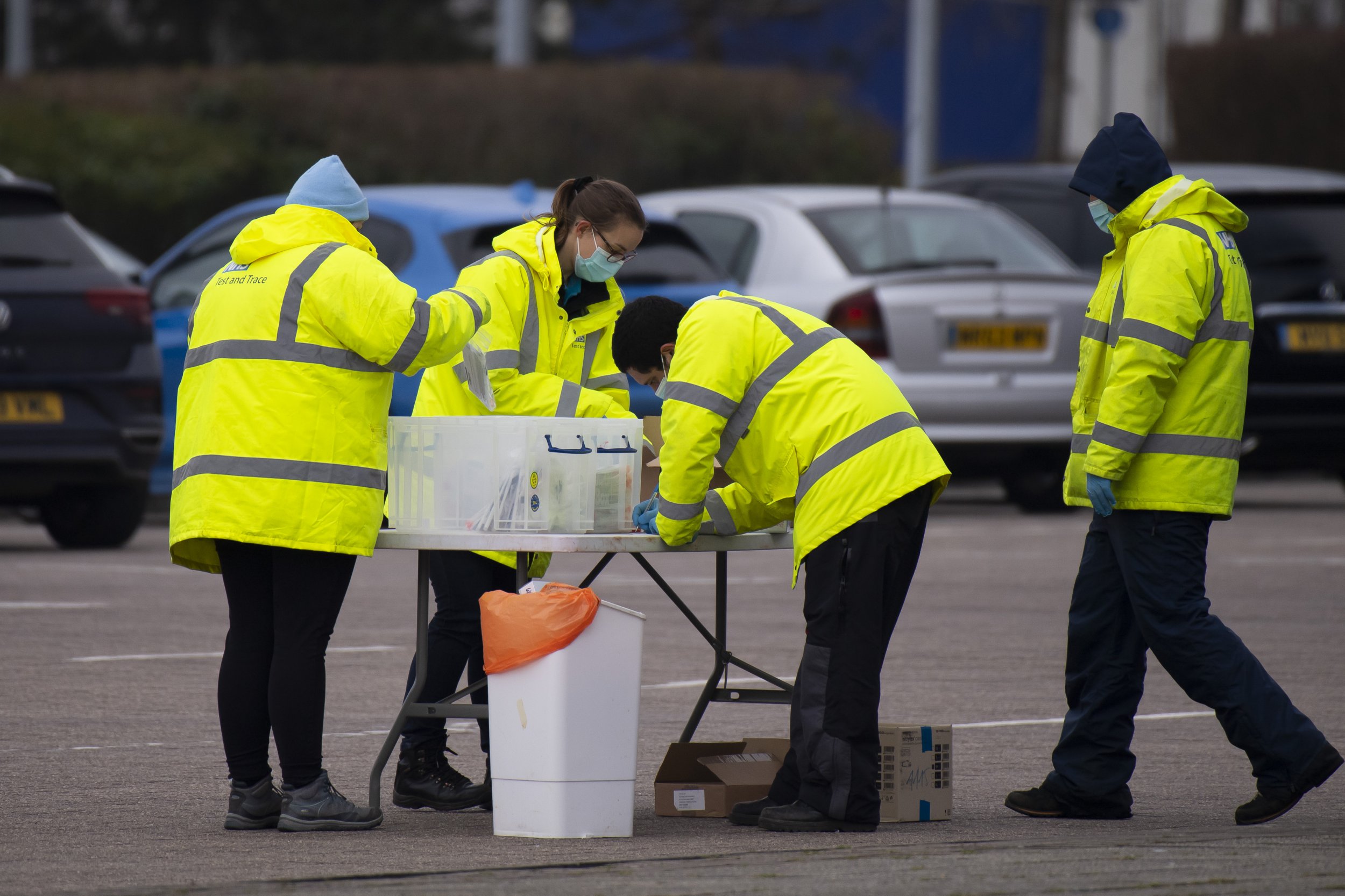 He added: ‘We identified these cases thanks to the UK’s advanced sequencing capabilities. We know about them because of the work of NHS test and trace.

‘Scientists around the world are now working hard to get ahead of some of these new variants and are looking at how much a third vaccine dose could tackle these evolving mutations if necessary, much as we tackle mutations from flu every year.’

On Sunday, the Government confirmed they would begin surge testing across five postcodes in South Gloucestershire, as a precaution against the ‘concerning’ Manaus variant. People who live or travel into the areas for work, or to visit someone they are in a support bubble with, were asked to undergo a test.

Earlier today Boris Johnson led the way in defending the UK’s border controls over the missing case of the Manaus variant.

He told reporters: ‘We have got one of the toughest border regimes anywhere in the world for stopping people coming in to this country who may have variants of concern.’

Asked if the Government was too slow to implement quarantine measures, the Prime Minister replied: ‘I don’t think so – we moved as fast as we could to get that going. It’s a very tough regime – you come here, you immediately get transported to a hotel where you are kept for 10 days, 11 days.