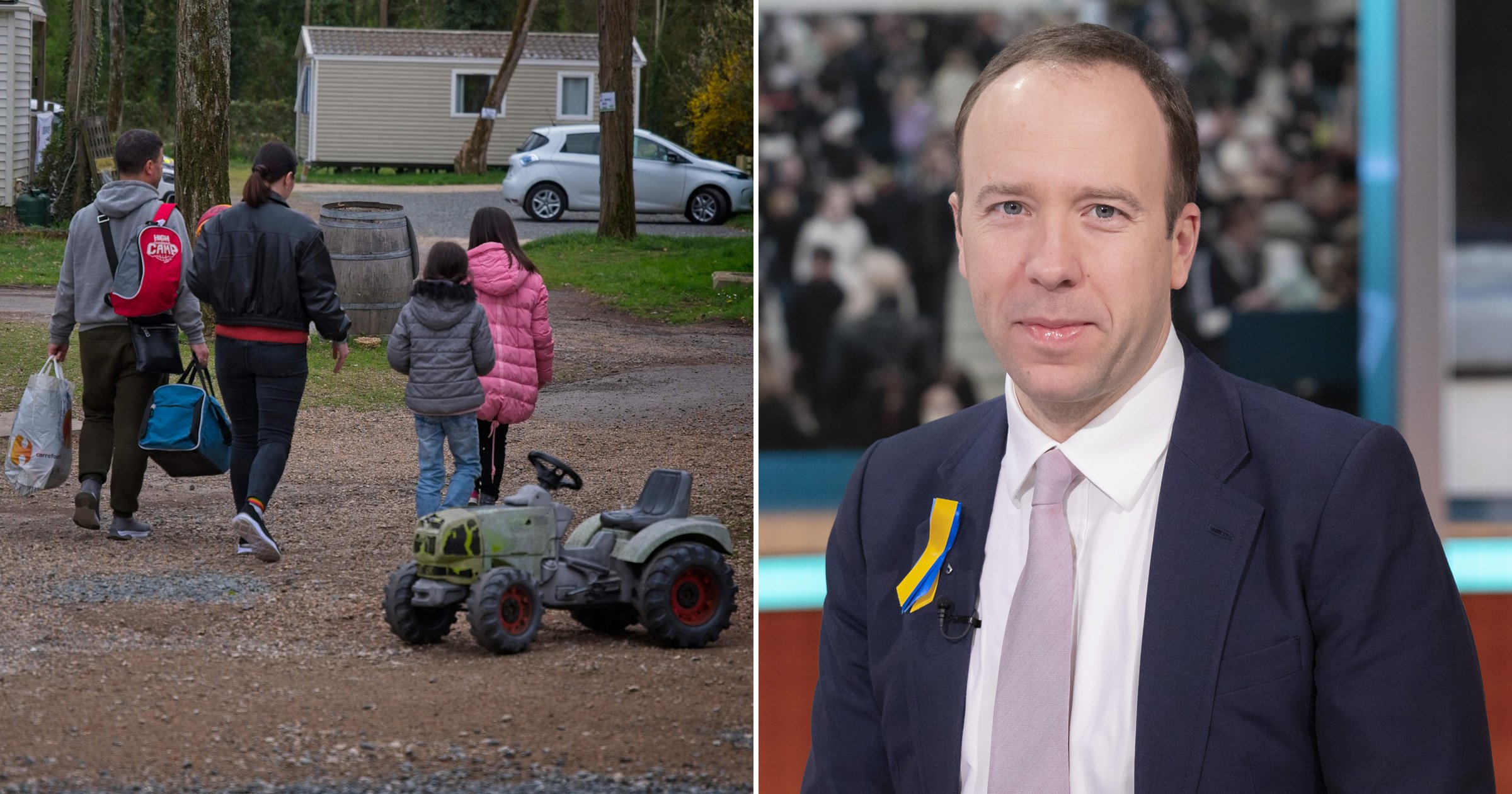 Matt Hancock says he will home seven Ukrainian refugees and their four dogs under the Homes for Ukraine scheme.

The former Health Secretary is helping them escape their war torn homeland following Russia’s invasion and will welcome the group to his Suffolk property from this week, The Sun On Sunday reported.

Mr Hancock is housing one of his constituents’ family from Ukraine – her mother, two sisters, niece, nephew and his partner, along with her nephew’s grandmother.

The Tory MP will host the family for six months after branding the visa process a ‘challenge’.

He told the paper: ‘I got into this by instinctively making an offer to a constituent whose family was in desperate need.’

It comes after the scheme has been widely criticised by other politicians.

The UK’s Ukrainian visa scheme is ‘unwelcoming’ and adding to refugees’ trauma, one peer offering her home to a fleeing family has claimed.

Crossbench peer Baroness Finlay of Llandaff is offering space in her Cardiff home to a mother and two children, but has been waiting for three weeks for their visas to be cleared through the scheme.

She said her husband, Professor Andrew Finlay, spent eight hours filling out forms for their visa applications on March 18, the day the scheme launched.

‘(The process was) just so confusing and complicated,’ Baroness Finlay said.

She did not want to identify the refugee family but said they were already known to her and her husband before the invasion.

Baroness Finlay said they had to process each of the four refugees’ applications individually, which has made her concerned they may not be approved together.

Despite repeated efforts in person at a visa information centre and over the phone, she said the only information she has received from in response has been four separate emails to say each applicant is ‘in the system’ to be processed – which arrived on Thursday.

‘The silence is awful… nobody can help me find out what’s happened to these people’s applications,’ she said.

‘I think there is a failure of recognition that this uncertainty is adding to the trauma that these people have already experienced.

‘We need to provide an environment where they know that they are welcome and they are safe – how can they feel welcome?’