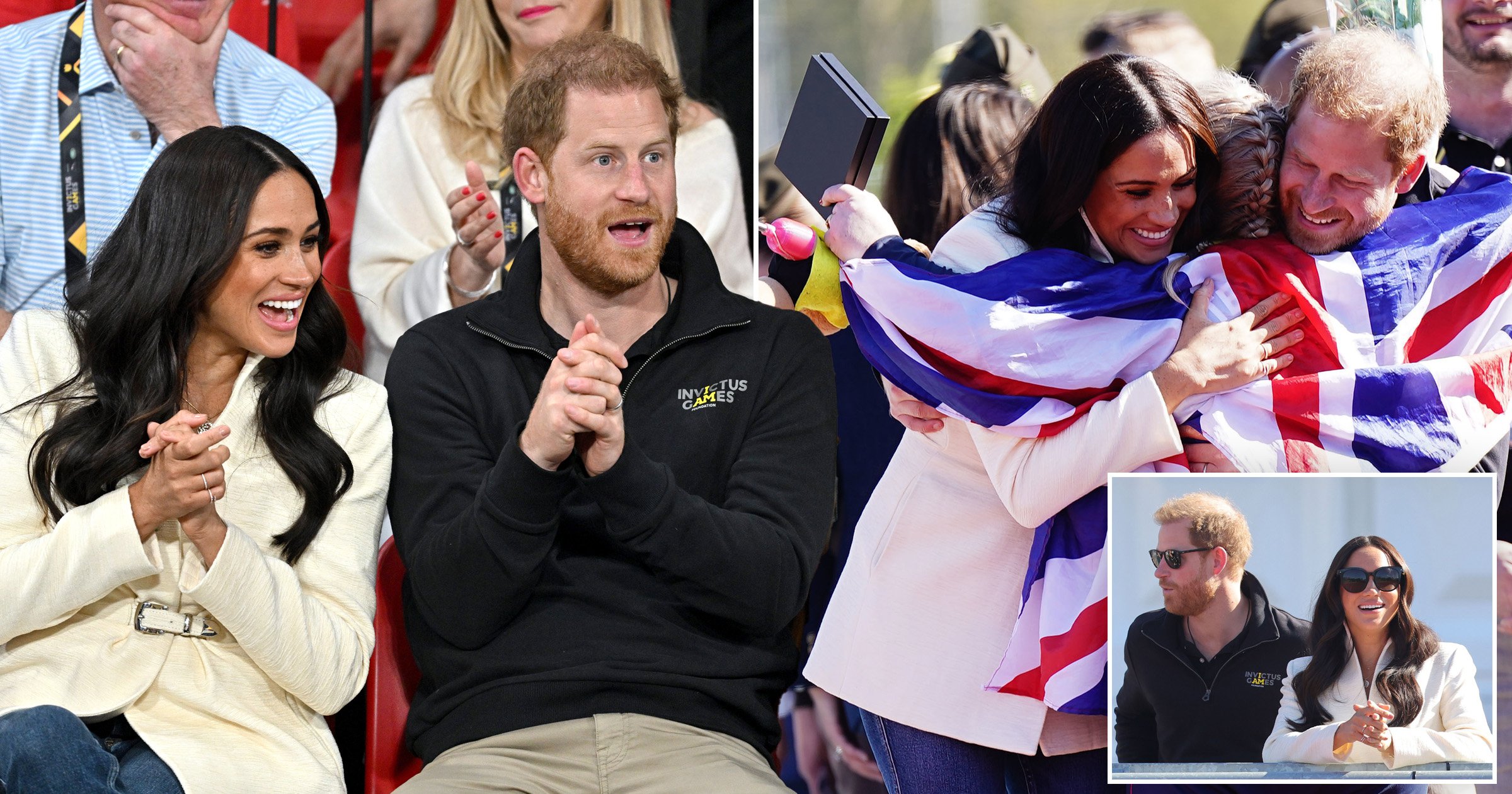 Meghan Markle and Prince Harry have been cheering on British athletes on the second day of the Invictus Games in the Netherlands.

Following an emotional opening ceremony yesterday in The Hague, the Duke and Duchess of Sussex watched on as the athletics, volleyball and archery events got underway.

Pictures show the Royal couple holding hands as they arrived in Zuiderpark this morning.

While Harry opted for a sporty look, wearing an Invictus Games’ polo and brown chinos, Meghan stunned in an ivory blazer and straight-leg blue jeans, matched effortlessly with a pair of heels.

Instead of retreating to their VIP seats, the pair were seen embracing the British athletes at the games, including Team UK’s Lisa Johnston.

This is a very special event for Harry, who founded the Invictus Games to help the rehabilitation of military personnel and veterans by challenging them to compete in sporting events similar to the Paralympics.

The couple have been joined by a camera crew filming a Netflix documentary series as part of their company Archewell’s deal.

On Saturday, the Sussexes shared an intimate kiss at the opening ceremony, before the prince gave an emotional speech to hundreds of people.

He was introduced to the stage by his wife, who praised him for his work to make ‘these games to make them as perfect as possible’.

Meghan said: ‘It is my distinguished honour to introduce someone that I think you’ll all be very excited to hear from.

‘He has also spent many late nights and early mornings planning for these games to make them as perfect as possible for each of you.

‘I could not love and respect him more and I know that all of you feel the same, because he is your fellow veteran, having served two tours of duty in Afghanistan and 10 years of military service.

‘He’s the founder of the Invictus Games, and the father to our two little ones, Archie and Lili.’

Before their arrival in the Netherlands, the duke and duchess, who have not been to Europe since 2020, made a special trip to the UK on Thursday to visit Harry’s grandmother, the Queen, at Windsor.

According to the Sun, they also saw Prince Charles while they were at Windsor Castle.

The meeting is understood to have been viewed as a ‘crucial first step’ in improving relations between Harry and the rest of the Royal family.

The Invictus Games last for a week.