Hundreds of Harry and Meghan’s fans stood for over two hours as temperatures reached 30C in Dusseldorf to catch a glimpse of the Duke and Duchess during their visit to Germany. Flag-waving fans watched as Prince Harry and Meghan Markle arrived in Dusseldorf for the Invictus Games 2023 One Year To Go event.

Photos uploaded to social media appeared to show the Duke and Duchess of Sussex enjoying their reception in Germany.

And the couple even decided to take snaps with supporters.

Prince Harry was photographed alongside one fan who was carrying their dog outside Dusseldorf town hall.

In one exchange, the Duke also asked to switch shirts with one fan.

JUST IN: ‘Don’t care what they have to say’ Manchester locals blast Sussexes after Meghan’s speech 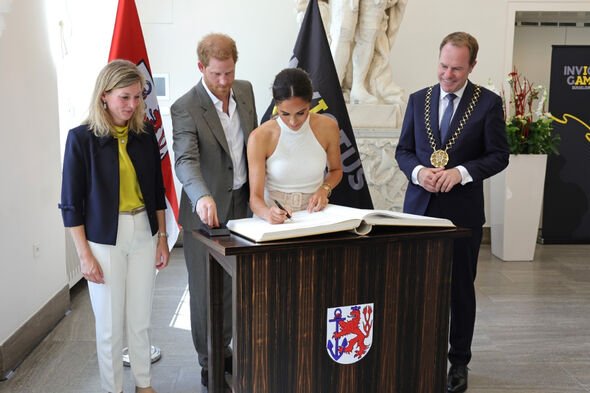 He said: “I love the shirt. Where did you get the shirt from?

“Do you want to swap? Next year? Promise me.”

Mail Online revealed how fans were feeling during their visit.

Former serviceman Bob Clark went along with his wife Lily. 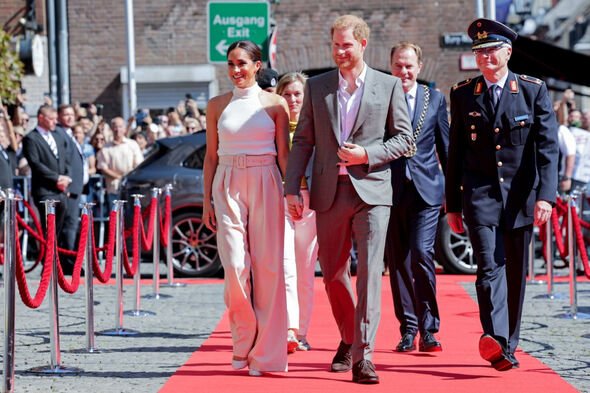 He said: “We are both huge fans of the Queen and the Royal Family.

“It will be great to see Harry and Meghan.”

However, some fans in attendance admitted to thinking the couple had been “rude” to the Royal Family.

According to Mail Online, fan Elisa said: “I know they have been rude about the Royal Family, but I have read so much about them I wanted to see them myself.”

DON’T MISS:
‘It was just me, me, me’ Meghan refers to herself more than 50 times [COMMENT]
Prince Harry and Meghan Markle to fund their own security [INSIGHT]
Meghan Markle’s new earrings and ring cost a whopping £6,130 [PICTURES] 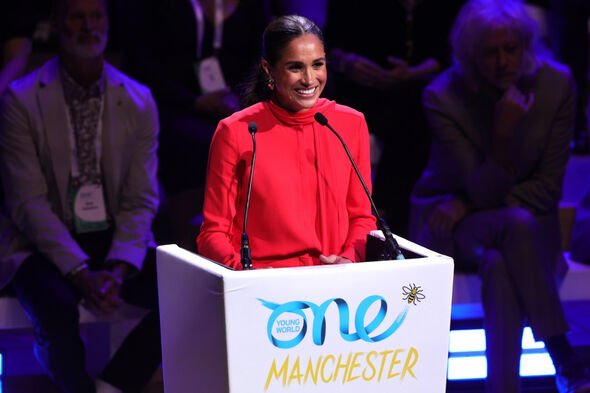 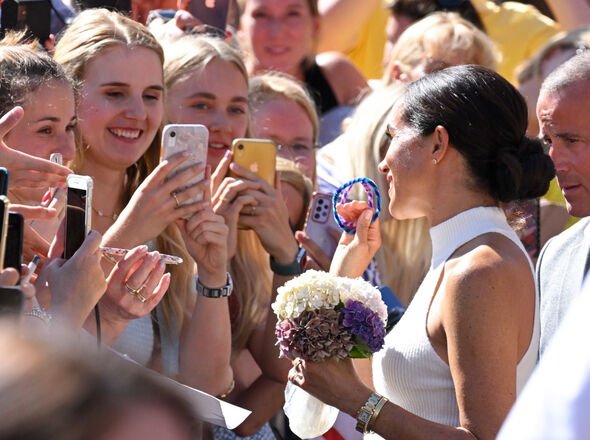 Her friend Melina added: “They have become a soap opera, but I find anything about the Queen and Royal Family interesting.”

Meghan and Harry returned to Europe from America to attend several engagements in the UK and Germany.

The couple kickstarted their tour of the continent in Manchester at the One Young World Summit.

Following their visit to Dusseldorf, Harry and Meghan will return to London for the WellChild Awards on Thursday.