The Duke and Duchess of Sussex had more than 10 million followers on their Sussex Royal Instagram account, but stopped posting after stepping down as senior royals, as per their agreement with the Queen. A source close to the couple said they had “no plans” to use social media for their new Archewell Foundation and were “very unlikely” to return to platforms in a personal capacity. It is understood that the couple felt disillusioned after the “hate” they received and have targeted a lot of their new endeavours into changing the online space for the better.

While Harry later claimed they had not “quit”, he said this was because they “have no social media to quit”.

However, a royal commentator has claimed this decision is not so much a rejection of online hate that many have assumed, and is more about exclusivity with their commercial deals.

The Sussexes have signed a huge production deal with Netflix, believed to be worth around £100million, and a podcast deal with Spotifty, said to be around £30million.

They have also launched their own Archewell website which features their new charitable endeavour, the Archewell Foundation, as well as Archewell Productions and Archewell Audio. 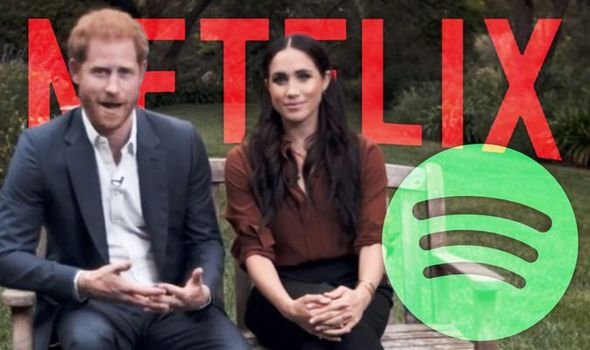 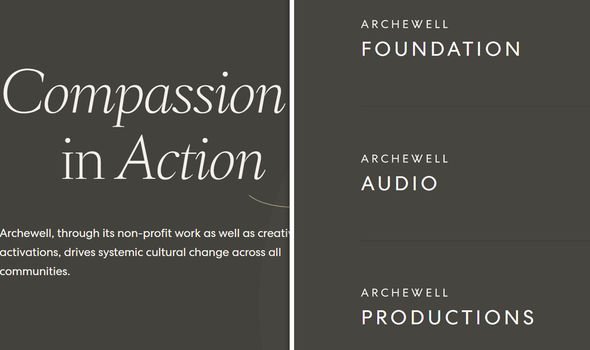 Mr Myers argued that Meghan and Harry have quit because they want to drive content to their website, and to their projects on Netflix and Spotify.

If anyone is interested in what they are doing, they will have to go there, which “safeguards” this content.

He also argued that the villainisation of social media is not entirely fair, as it has been “a lifesaver” for many to stay connected to friends, family and the wider world over the past year of coronavirus and multiple lockdowns. 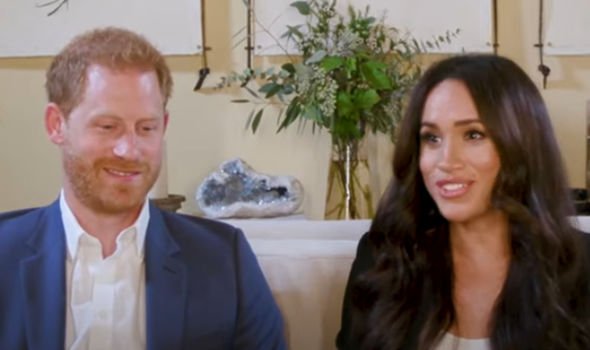 The royal editor said: “Now, I think this is something to do with their big money deals.

“So this, in my opinion, is trying to drive content to their website, it’s keeping the exclusive content on Netflix, on Spotify, they want to safeguard it in their own way.

“And I don’t think you can just say social media is one of the evils of the world, because it isn’t. 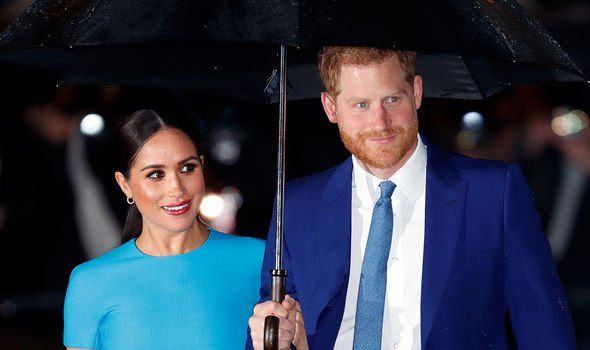 “Look at how people have connected through these countless lockdowns, it has been a lifesaver for some people, I just think they could have used it in a different way.”

However, Ms Gripper disagreed, arguing that social media helps to market a brand and that their commercial deals may actually lose out from them not having social media.

Instagram, Twitter and Facebook can all drive traffic to their other endeavours and reach out to people who may not have been aware of it before.

Meghan Markle and Harry: Expert on censorship of hate speech

“I would always, I think prefer, if you’re a person with a platform, to market your brand.

“I mean, we’ve got an Instagram account for the podcast, to be able to market it and to be able to engage with other people who might not have heard of it before.

“So it is all about driving it inward, or having different voices in different places or using these different platforms for different purposes and I think they will miss out on driving a lot to their content.”

Mr Myers said he had been “really surprised” when he heard the news that they would not be using social media.

He said: “I just thought you could have launched Archewell and it could have been a whole new different space and they could just turn off the comments, just use it as a vehicle to publicise your own endeavours.”

However, he pointed out that the source’s comments were quite vague, possibly deliberately so, saying the couple had “no plans” to use social media.

This means they could easily row back from this position if they decided they did want to get it after all.