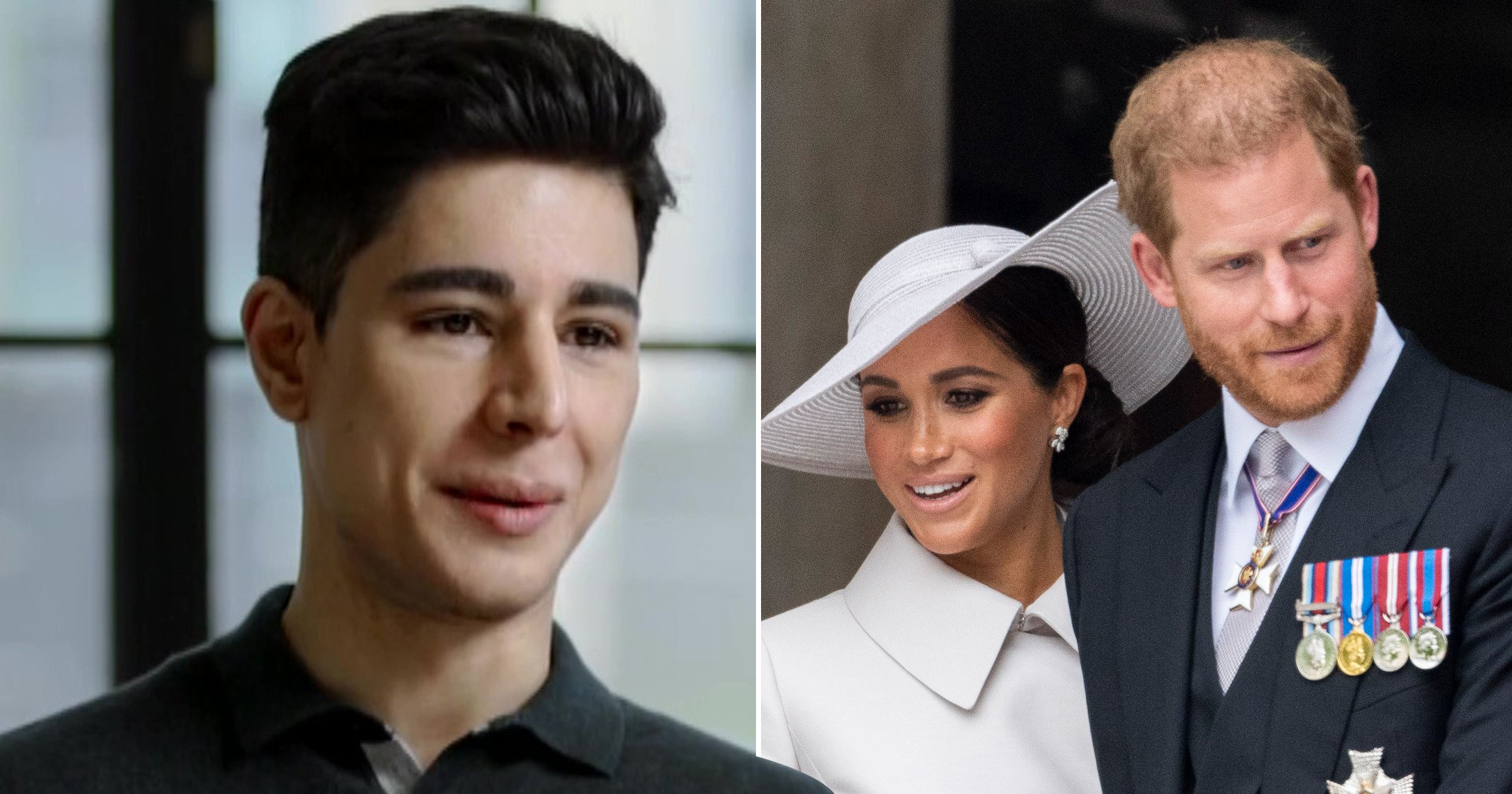 There was ‘no division’ following Meghan Markle and Prince Harry’s much anticipated appearance at St Paul’s Cathedral today, says their biographer.

The couple’s attendance at the Service of Thanksgiving marked their first outing with the Royal Family in over two years.

Omid Scobie, a close friend of Meghan, said fears over potential tensions today had been unfounded.

The writer added there were ‘equal cheers’ for the arrivals of both the Cambridges and the Sussexes today.

While their relationship with the Royal Family is ‘not necessarily back on track’, the reception from the public was positive, he said.

Speaking outside St Paul’s, Mr Scobie told Metro.co.uk: ‘It’s been really positive and they’ve had huge support from everyone here.

‘It’s very easy to get sucked into the narrative of the tabloids and feel like that represents public sentiment.

‘But we have seen equal cheers for the Cambridges and the Sussexes.

‘Everyone is here to have a good time and see the royals they admire and respect in the flesh, there aren’t tensions – people are happy today.’

Mr Scobie co-authored the book Finding Freedom, which surrounds Harry and Meghan’s departure from the Royal Family, their relationship and their personal lives.

He said today’s Jubilee celebrations marked a turning point for the Royal Family.

He said: ‘All of this has been a chance to really watch not only the celebration of the queen but also a snapshot of the future of The Firm.

‘I never in a million years would have thought I’d see the Wessexes come out so high in the ranking. But that day has come now, and obviously they’re relishing the moment.

‘I think what we’ve seen is a sort of changing face of the institution of the monarchy.

‘As much as all this has been looking to the past, it’s also very forward facing.

‘And I think past Jubilees haven’t quite had those element to them.’

While some views of the monarchy have become ‘polarised’, he said today’s event focused on the Queen herself rather than the Royal Family as a whole.

He added: ‘As Boris Johnson said, this is about the nation coming together to celebrate the achievements of an incredible woman, our head of state who has marked 70 years on the throne.

‘I think that’s why people are out on the street and there’s no division.’

The Duke and Duchess of Sussex have kept a low-profile so far during the Platinum Jubilee celebrations, having watched the Trooping the Colour from a window overlooking Horse Guards Parade.

They were similarly absent from the Buckingham Palace balcony for the spectacular flypast by the Red Arrows after the Queen limited it to working royals only.

Earlier today, Mr Scobie spoke to the BBC about the ‘very warm’ relationship between Harry and Meghan and the Queen herself.

He said accusations that the pair will attempt to disrupt or ‘overshadow’ the monarch during the four-day weekend ‘couldn’t be further from the truth’.

‘In fact, they want to be as low profile as possible during this trip’, he said.

‘It’s almost hard to believe but I think yesterday at Trooping the Colour was a great example.

‘We didn’t really catch sight of them on TV cameras.’