The new 60-second teaser clip shows photos of Meghan and Harry interlinked with snaps of his mother, Princess Diana.

It includes video footage of his mother facing paparazzi outside of Buckingham Palace, and also links this to the intense media coverage that Meghan faced after she tied the knot with Prince Harry.

He also speaks of the ‘pain and suffering’ of women marrying into the Royal family. 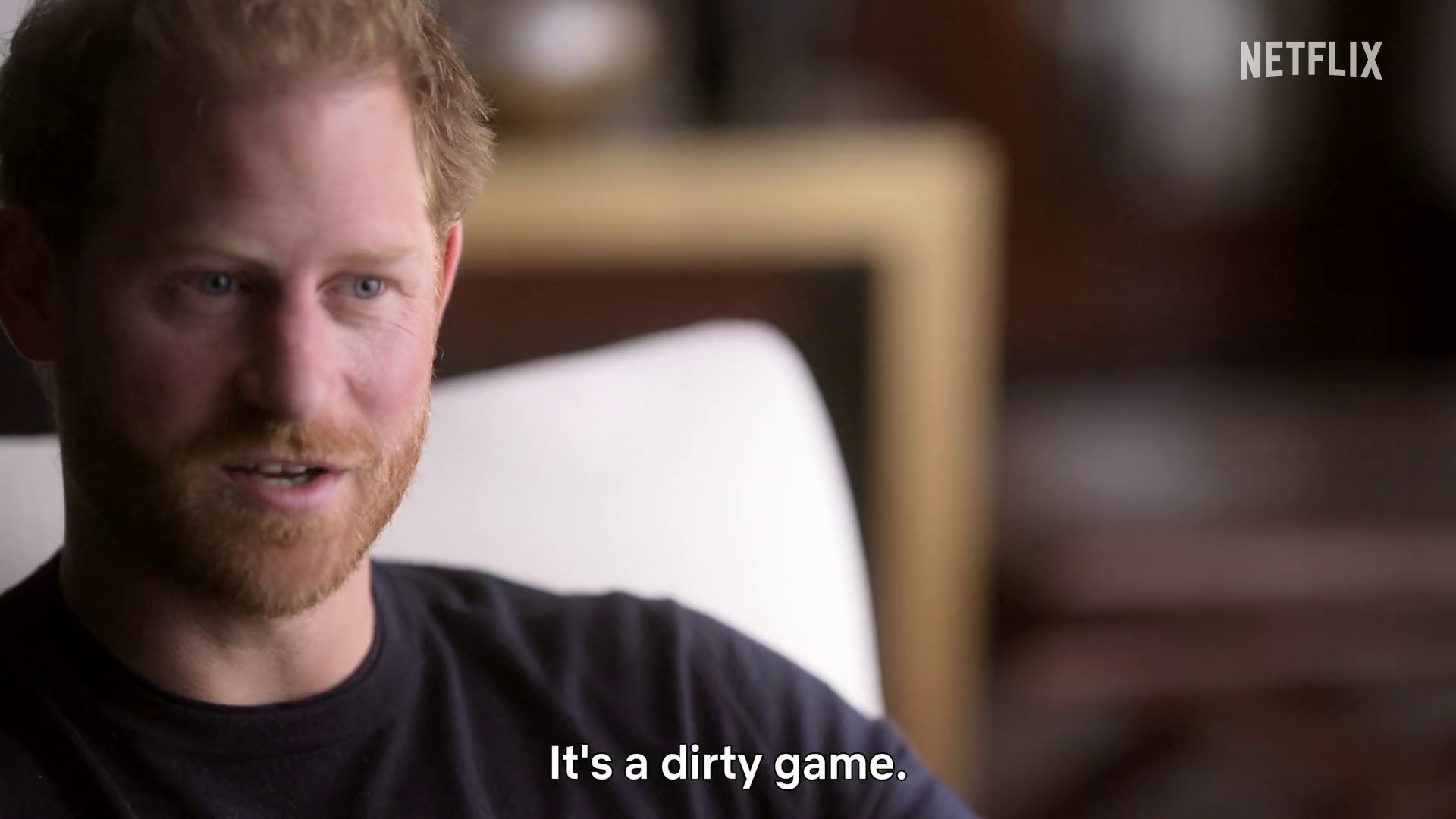 In the clip Harry narrates: ‘It’s really hard to look back on it now and go ‘what on earth happened?’

‘There’s a hierarchy of the family, you know, there’s leaking, but there’s also planting of stories. It’s a dirty game.

‘The pain and suffering of women marrying into this institution, this feeding frenzy. I was terrified, I didn’t want history to repeat itself.

It seems that Harry is comparing the situation that Meghan found herself in with regards to the British tabloid press to what his mother faced when she married his father, King Charles.

Last week Netflix released the first glimpse of the highly anticipated series which the couple have been working on since moving to the US.

The minute-long teaser features private photographs of the Duke and Duchess of Sussex and the first shots of them speaking to the camera.

Harry is seen saying: ‘No one sees what’s happening behind closed doors…I had to do everything I could to protect my family.’

Meghan is heard telling an interviewer: ‘When the stakes are this high doesn’t it make more sense to hear our stories from us?’

The documentary will be titled ‘Harry & Meghan’ but it’s unclear if it will be feature-length or a series.

Rumours have swirled around the production since the death of Queen Elizabeth II.

It’s claimed Harry wanted to change elements of the documentary to reflect the shift in the public mood towards the royal family.

Netflix was said to be pushing back and keen to get it released as soon as possible after numerous delays behind the scenes.

It features commentary from friends and family, most of whom have never spoken publicly before about what they witnessed according to Netflix, and historians who discuss the state of the British Commonwealth today and the royal family’s relationship with the press.

It adds: ‘The series does more than illuminate one couple’s love story, it paints a picture of our world and how we treat each other.’

It’s not the only development that could add to a rift that has changed the face of the royal family in recent years.

Billed as a Netflix global event, the streaming giant announced Volume I would be released on December 8 while Volume II will air on December 15.