Meghan Markle and Prince Harry have announced that they are returning to the UK next month to attend several charity events “close to their hearts”. The Duke and Duchess of Sussex will also travel to Germany to mark a year until the Invictus Games arrive in Dusseldorf. However, Charlotte Griffiths, The Mail on Sunday’s editor at large, told MailPlus’ Palace Confidential that the announcement of their tour was made to avoid the “embarrassment” of empty crowds at the events.

She claimed that the Duke and Duchess will likely have a Netflix crew with them filming for a documentary, and the former working royals want to avoid “embarrassing” moments in front of the cameras.

Ms Griffiths said: “I think they released these dates in advance because they want to give a chance for crowds to gather.

“Because, if they do have a Netflix crew with them, imagine how embarrassing it would be if there were just three people there waving.

“They want us to get all excited and talk about it, they want it to look like a royal tour.”

JUST IN: Royal Family: ‘To hell with them!’ Meghan and Harry want ceremony 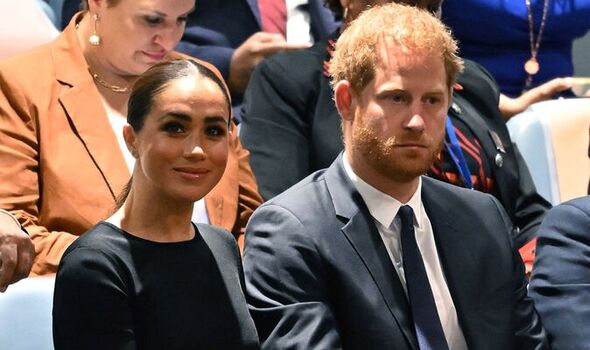 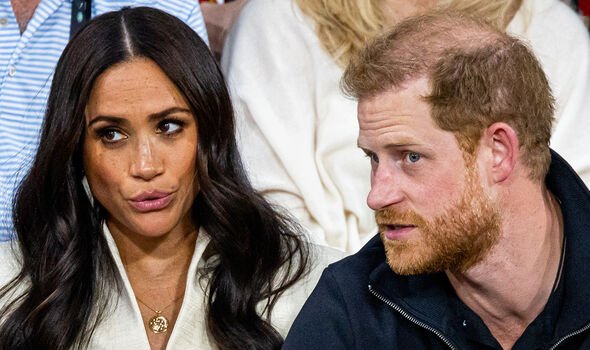 Sarah Vine echoed Ms Griffiths’ remarks, calling the trip a royal tour in all but name.

The Mail columnist claimed the couple were “having their cake and eating it” by picking “pick and choose” their quasi-royal duties.

Duncan Larcombe, a biographer of Harry, said the visit is a “calculated provocation on their part”.

He told the Daily Beast: “To the casual observer, especially overseas and even more especially in America, this will look like Harry and Meghan are back doing royal jobs, especially given that one of the gigs Harry is doing is the WellChild awards for sick children, which he always used to do when he actually was a working royal.

“It will be incredibly high-profile. 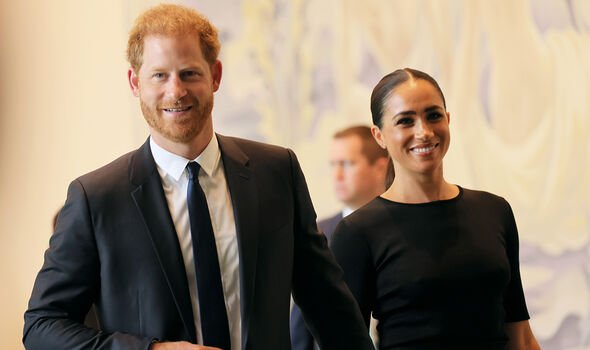 “They will be all over the media, and you won’t be able to put a cigarette paper between what Harry and Meghan are doing and what Will and Kate are doing.”

However, a spokesperson for the Sussexes insists the tour is focused entirely on charity and not publicity.

The couple are expected to arrive in Manchester on 5 September for the One Young World Summit opening ceremony, where Meghan is expected to give a keynote address. 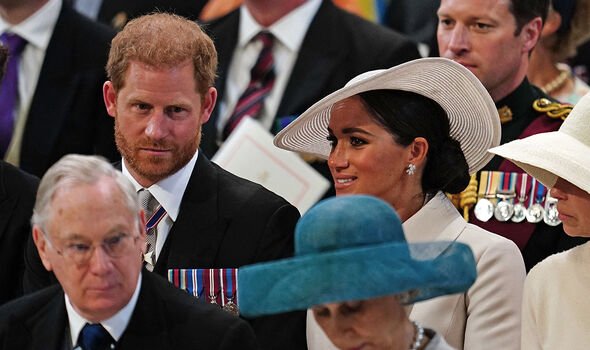 After a brief visit to Germany, the Sussexes will return to the UK for the WellChild Awards in London on 8 September, where the prince will deliver a speech.

The UK visit will mark the third time the couple have returned in 2022, after a visit en route to the Invictus Games in April as well as a trip for the Platinum Jubilee celebrations.

The charities have welcomed the visits, with the One Young World Summit revealing that the couple will also meet with a group of summit delegates “doing outstanding work on gender equality.”

The German town of Dusseldorf has also publicised the event, praising the visit from the couple.

Royal POLL: Should taxpayers fund William and Kate’s renovations?
Prince William announces plans to visit New York in DAYS
How Meghan Markle sculpts her ‘cheekbones and jawline’ without makeup
Prince Harry tipped to dash perception he is a ‘moaner’ with memoir
William and Charles ‘nervous’ over Meghan and Harry’s trip to UK