Meghan and Harry took part in a groundbreaking interview to mark the beginning of Black History Month this October, where the Duke of Sussex addressed the alleged problems the UK has with racism. Meghan praised the Black Lives Matter protests and described them as “beautiful”, when speaking to the Evening Standard.  The couple also denounced “structural racism” and pushed for “young people of colour” to be able to start their lives with new potential.

Harry said he went through an “awakening” over racial issues after marrying Meghan — after the royal faced scrutiny in the past for using a racial slur when in the Army and for once wearing a Nazi uniform to a fancy dress party.

He told the Evening Standard: “I will be the first person to say, again, this is about learning.

“And about how we can make it better. I think it is a really exciting time in British culture and British history and in world culture.”

Now the couple have a new deal with Netflix to produce documentaries on causes close to their hearts, and will launch the Archewell Foundation soon, royal fans are eager to see where the pair channel their efforts — and global status — now they have left the Firm. 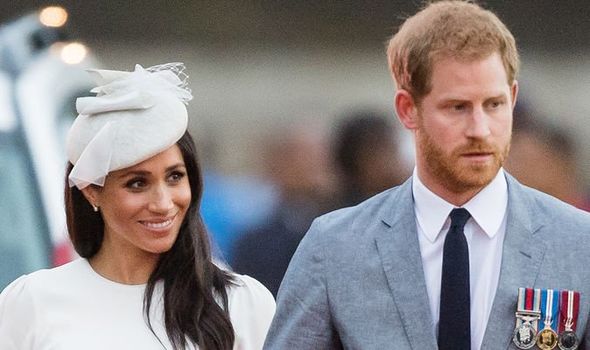 As a biracial woman, Meghan has often spoken about the struggles she has faced.

When she was on a royal tour in South Africa, she reminded the crowd, “I am here with you as a mother, as a wife, as a woman, as a woman of colour and as your sister”.

Over the recent months, the two have turned towards the Black Lives Matter campaign.

Meghan also recorded a video message for the graduates of her old school, the Immaculate Heart School, where she addressed the George Floyd protests in the US.

Aside from the Queen’s first cousin once removed, Amel Windsor, she was the first royal to speak up about the global uproar surrounding George Floyd’s death in the summer. 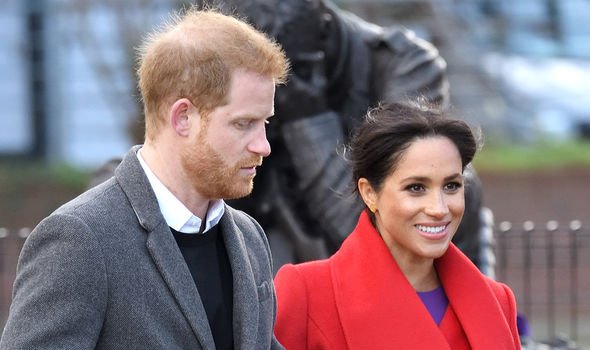 An insider told Vanity Fair earlier this year: “This scenario has weighed heavily on them both and is taking up a lot of their time and energy.

“Expect to see a shift of their focus onto the campaign over the coming days and weeks.”

The insider then explained to Vanity Fair that the Sussexes were having “private” conversations but intended to make some of their public, and show their work from behind the scenes at some point.

They added: “At the moment it’s a learning exercise, so that they can work out how to help.

“They’re taking advice from lots of organisations. This is something they both care about and it’s something that really matters to them.”

Town & Country’s report from June indicated that Meghan and Harry were particularly keen to help the people on the ground. 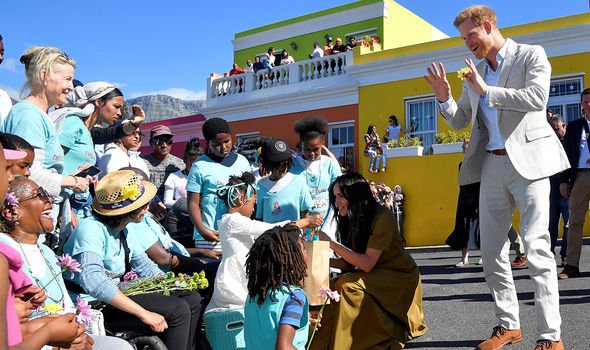 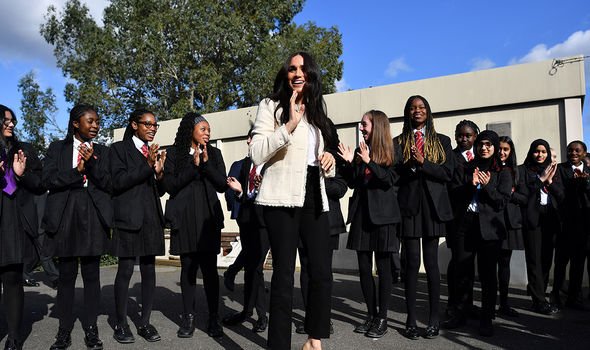 A source told the outlet: “Over the past few weeks, the Duke and Duchess of Sussex have turned their focus towards Black Lives Matter, and plan to do more than just Meghan’s recent speech.

“The couple have held meetings with leaders involved in the movement at every level: local, national, and international, and equity and justice will continue to be a priority for them in the weeks and months ahead as they prepare to officially launch their new foundation Archewell.”

After a period of reflection, it appears the couple may apply what they have learned to a Netflix documentary.

Reports have claimed they are thinking of focusing one programme on a co-founder of Black Lives Matter.

However in June, the Queen’s former press secretary, Dickie Arbiter, told Newsweek: “What’s happened in the states is an absolute tragedy and it should never have happened but unfortunately it did happen.

“Had Meghan and Harry still been in the UK and working members of the Royal Family that speech couldn’t have happened.

“I’m talking about the whole speech, end of. It’s highly politicised because of the very nature of what it is.” 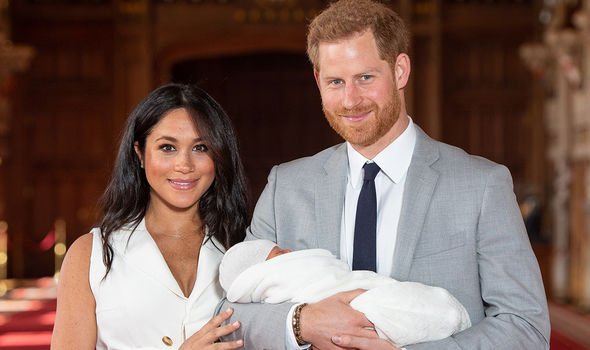 He said that Buckingham Palace would have blocked either Meghan and Harry had they tried to make such a statement in the past.

The Sussexes have received a great deal of criticism for urging voters to hit the ballot box in the upcoming presidential election, especially as the royals are expected to remain apolitical.

However, the couple have shown they are not afraid to dip their toe into political matters.

The battle of racism will be especially close to Meghan and Harry’s heart for another reason, too — their one-and-a-half-year-old son, Archie Harrison, is the first royal with black heritage to be born into the Firm.

Meghan and Harry also called for the “uncomfortable” history of the Commonwealth to be addressed earlier this year, after leaving the Firm.

This remark sparked controversy within royal spheres, as some saw it as an attempt to undermine the international association which prospered under the Queen.