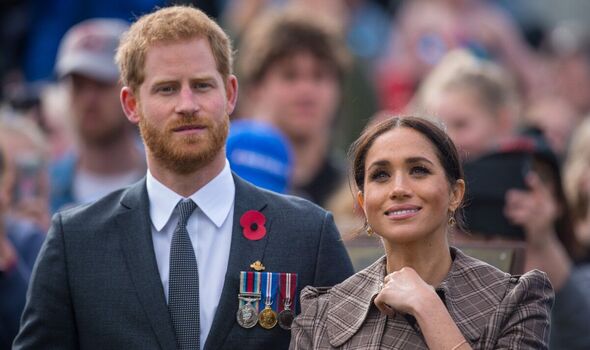 Meghan Markle and Prince Harry planned to move to New Zealand or South Africa before settling on Canada. The Duke and Duchess of Sussex revealed the plan in episode four of their controversial Netflix documentary.

Harry says in the show that they opted for Canada after the media revealed the couple’s plan.

He claimed the the news was leaked to the media the day after he told his father, King Charles, the then Prince of Wales.

South Africa was an option because the Sussexes had been carrying out charity work in the country.

After initially settling in Canada, the Duke and Duchess moved to California where they now live with their children, Archie and Lilibet.

Meghan and Harry are a 'Vesuvius of resentment' says Starkey

Royal experts have given an insight into how Prince William and Kate, Princess of Wales, are trying to give their children an “ordinary” childhood despite also trying to prepare them for royalty.

Speaking to OK! Magazine, the experts also explained how Prince George is being prepared to one day be the monarch.

Duncan Larcombe, the former royal editor of The Sun, has said William and Kate are attempting to give their children a more normal childhood like the Princess of Wales had with her parents.

The royal expert claimed Prince George is being “raised in a very different way” compared to his father Prince William.

He said: “William has based his children’s upbringing on the Middleton model – three children, affluent, but hard-working parents and lots of love in the house.

“By the time Kate was in her early twenties, she counted her mother and father on the list of her best friends. That’s what William and Kate are aspiring to with their children.”