Queen Elizabeth II’s state funeral was held on Monday, which was in three parts, culminating in a final intimate burial service at King George VI Memorial Chapel, in Windsor. Millions of people watched across the world and tens of thousands of Britons lined the capital to get a glimpse of the late sovereign’s coffin. Many royal experts have made observations about the regal ceremony including Omid Scobie, who wrote the Sussex’s unofficial biography Finding Freedom, and expressed his admiration for Queen’s final send-off.

Taking to Twitter, Mr Scobie said: “Hard to pick from the many beautiful moments today but the piper’s lament at St George’s Chapel will forever stay with me.

The Queen’s funeral service at Westminster Abbey concluded with a lament played by The Sovereign’s piper.

As many as 2,000 people were in attendance at the service, which was led by King Charles III and other members of the Royal Family. 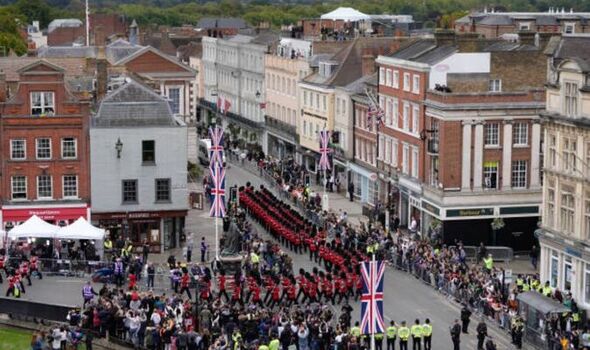 Attendees observed a two-minute period of silence that was mirrored across the UK, before singing the national anthem.

State trumpeters from the Household Cavalry sounded the Last Post following the Archbishop of Canterbury’s commendation over the Queen’s coffin and a blessing pronounced by the Dean of Windsor.

The lament then echoed around the historic Abbey before the coffin was carried outside to begin the 22-mile journey to Windsor, for the Committal Service.

Mr Scobie shared a video of Her Majesty’s piper playing the lament, which was posted to the Royal Family’s official Twitter page. 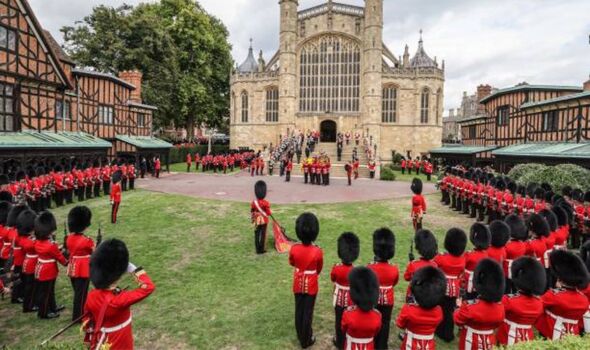 Following the heartfelt ceremony at Westminster Abbey, the Queen’s coffin was taken by state hearse to Windsor Castle, driving past the tens of thousands of mourners that lined the route. 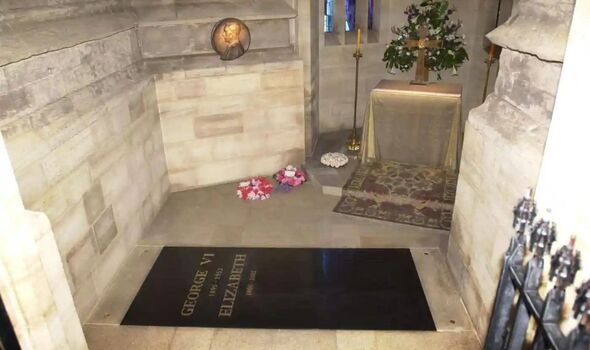 Later in the day, a smaller Committal Service took place at the Castle, attended by members of the Royal Family, world leaders and royal staffers past and present.

During the service, the Queen’s casket was lowered into the Royal Vault alongside her late husband, Prince Philip.

The coffin, however, was later moved during an intimate service at 7.30pm, attended by the late sovereign’s nearest and dearest, to its final resting place.

Her body has now been laid to rest in King George VI Memorial Chapel, where the Duke of Edinburgh, will also be moved to lay beside his beloved wife.