Prince Harry and Meghan Markle’s visit to the UK has failed to gain the attention the couple was expecting, royal commentator Neil Sean says, as the Sussexes failed to make it on newspapers’ front pages. The couple originally planned the trip to visit charities “close to their heart” but the Queen’s death forced them to change plans. It also overshadowed their trip.

Speaking on his YouTube channel, Mr Sean said: “What’s interesting here though is that not one national newspaper over here put Harry and Meghan on the front pages.

“And this has created, well, havoc behind the scenes.

“They thought that their return, particularly on a week where we’re picking a brand new British Prime Minister would have ensured that they were all cleared to make sure that their return was going to be the number one topic.”

Their five-day visit also had to be put on the back burner as Buckingham Palace announced on Thursday the Queen had died whilst holidaying in Balmoral. 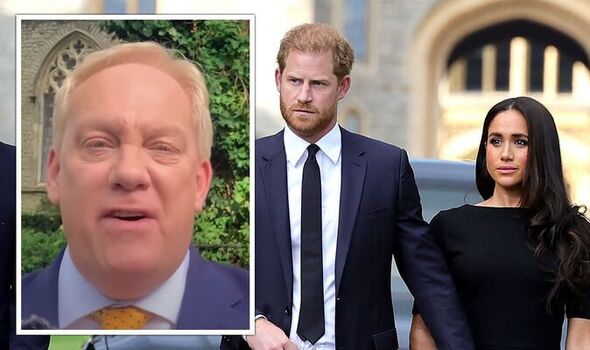 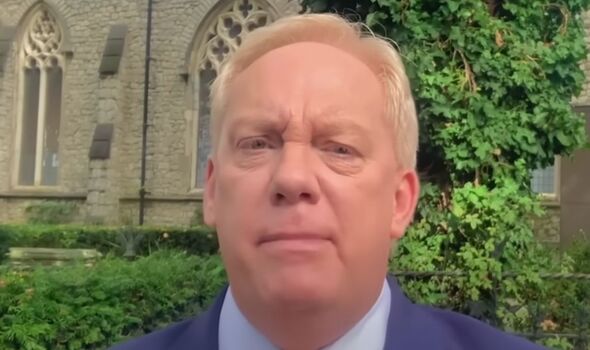 He continued: “Now, a lot of people are saying: ‘They are popular, you know.’

“Yes, they are. There’s no denying it. It’s a bit like a sort of soap opera, isn’t it? People can’t stop watching.

“And the multi-line is they’re not carrying that as the lede story because they know the readers have moved on.”

“We’ve got bigger problems, you know,” Mr Sean said, laying out Britain’s crises: “Cost-of-living crisis and all sorts of stuff, energy problems, you name it. We’ve all got it around the world. 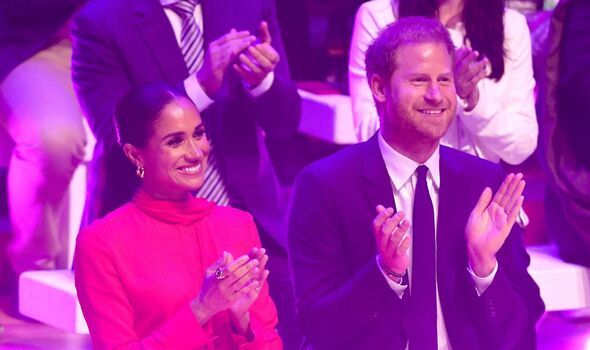 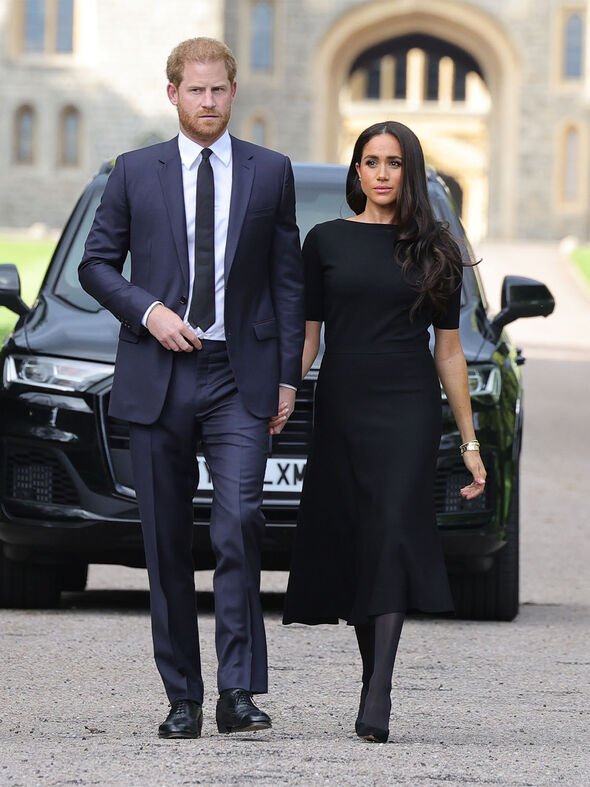 “Who’s really going to give you a front page for that? Good works of course like the Queen, Prince William, and Prince Charles do.

The Sussexes have been praised for putting their differences aside and walking alongside Kate, the Princess of Wales and Prince William whilst greeting members of the public at Windsor on Saturday.

Despite apparent hostility from some members of the crowd, Meghan kept her cool and greeted people.

DON’T MISS:
Meghan and Harry’s Fab 4 reunion set to ‘backfire’, says expert [REPORT]
‘This is no time for royal bust-ups, time to bury the hatchet’ [REPORT]
Meghan ‘draws on her experience as an actress’ after being snubbed [REPORT] 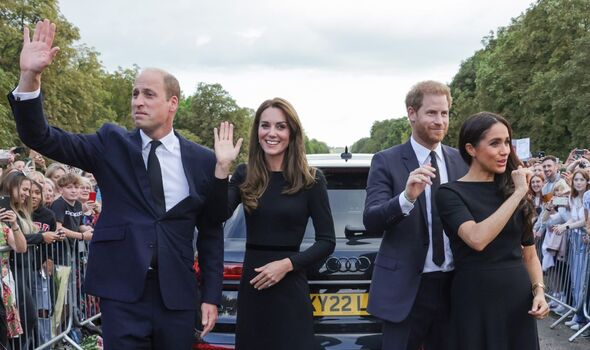 It was the first time the two royal couples had been seen together in more than two years, raising hopes of peace with the Royal Family.

The unexpected death of the Queen prompted the Sussex to change plans.

Instead of travelling back to the US, the couple have been staying at their Windsor home, Frogmore Cottage, and are expected to remain in the UK until the funeral on September 19.

In a touching tribute to the Quee, Prince Harry thanked his grandmother for her “infectious smile and sound advice.”