Meghan Markle’s podcast Archetypes has returned after a month-long hiatus as the Royal Family mourned the death of Queen Elizabeth II on September 8. The Duchess of Sussex returned to Spotify with an episode entitled “the Demystification of Dragon Lady” which saw her discuss the stereotype which befalls women of Asian descent. Meghan explained that because of this stereotype, often seen in films and TV, they are “oversexualised” or seen as “aggressive”. But before she explored the stereotype with guests comedian Margaret Cho and broadcaster Lisa Ling, Meghan spoke of how she has loved food of all cultures from an early age.

She described herself as a “California girl foodie” on her blog, The Tig, in 2015. “Foodie”, a term that has boomed in recent years, is used to describe a person who enjoys gastronomy almost as a hobby.

Speaking on the podcast, released on Tuesday, October 4, Meghan said that growing up in LA meant she could eat many different foods such as Mexican tamales, ghormeh sabzi – a stew considered to be the national dish of Iran – and Thai larb, as well as the more typical childhood delicacies of chicken nuggets and chips.

She explained: “Los Angeles, despite how segregated it sometimes felt, was full of culture that you could see, feel, hear and taste on a daily basis.”

For Meghan, the “multitude of Asian cultures” was important to her as she spent her weekends in Little Toyko, having iced teas in Thai Town, or eating at local Chinese restaurants learning the best noodles to have in the Cantonese dish, chow fun. 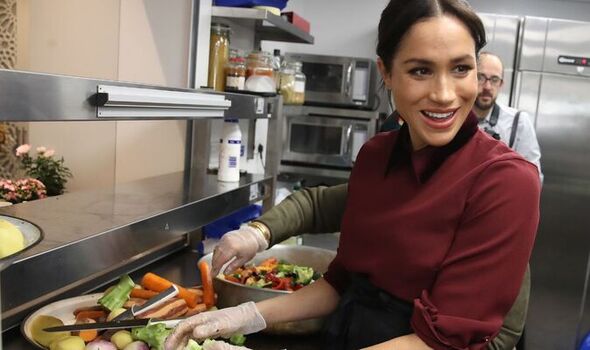 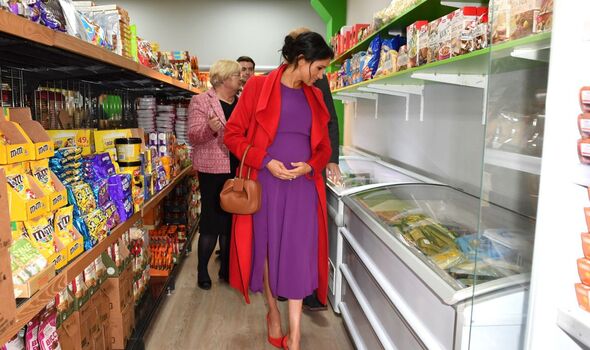 The Duchess continued: “Now obviously I had a real fixation with food. Not much has changed there. But more than that, I had a real love of getting to know other cultures.”

Before Meghan and Prince Harry announced their engagement, Meghan frequently wrote a lifestyle blog called The Tig, named after her favourite red wine.

In an interview with Emirates Woman in 2015, she explained: “The name ‘The Tig’ comes from a wine called Tignanello, but oftentimes it’s mispronounced… and I had a sip of this wine about six or seven years ago and it was the first time that I understood what people meant when they said ‘the body or legs or structure’ of wine. It was such an ‘oh, I get it’ kind of moment.”

Meghan added that she then began calling her moments of realisation or understanding “Tig moments”. 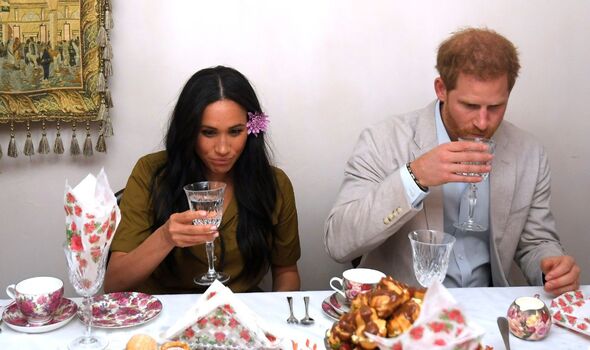 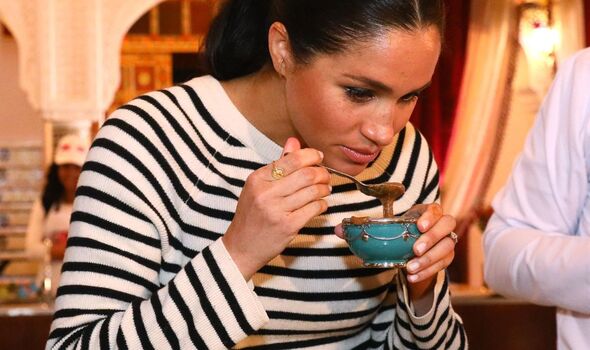 On The Tig – which Meghan shut down in April 2017 shortly after her and Harry went public with their relationship – the Duchess described herself as “someone who not only loves but also appreciates the art and skill that goes into making good food”.

In her travel diaries to Malta, published on her blog in 2015, Meghan spoke of the city of Mdina and shared her foodie recommendations with her readers.

She wrote: “Eat pastizzi for breakfast (flakey pastry stuffed with peas or ricotta), take a nap in the beautiful countryside, indulge in art and culture, have a cooking class with Pippa Mattei at her home, drink limoncello, and eat yourself silly with Cucina Povera. My kinda food, my kinda eating, and definitely my kind of trip.” 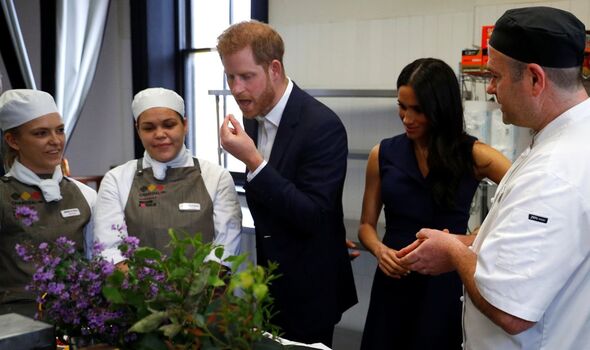 Although she has spoken of her adoration of food further afield, Meghan also wrote that she had a “love of all things Brit”.

She wrote about the best time to enjoy her creation: “Sun-kissed afternoons, cocktail in hand, surrounded by nothing but the laughter of your closest mates, an Otis Redding playlist, and the whistling breeze of the wind. I’m talking about perfection, people. The perfection that comes with summertime.”