Royal author Tom Quinn claimed Queen Elizabeth was driven from Buckingham Palace to Kensington Palace to try and salvage the relationship between the pair. The sisters-in-law, nicknamed the “duelling duchesses”, have been dogged by reports of a rift, which Quinn claims stemmed from Meghan’s view of her position with husband Prince Harry. He wrote in Kensington Palace: An Intimate Memoir from Queen Mary to Meghan Markle: “At first the couples got on well – William and Harry have always been close – but inevitably there were tensions.

“As one insider explains: ‘Both William and Harry were always likely to be drawn to confident, strong women because they lost their mother so early.”

It is claimed that Kate was “warm towards Meghan when she arrived”.

However, tensions arose because “Meghan inevitably had to accept that that although she is a Duchess she is not married to the next king.

“I think she has found that difficult to deal with and although Harry loved their cottage in the grounds of Kensington Palace, Meghan and conscious that it was tiny in comparison to the vast apartment complex where Kate and William live. 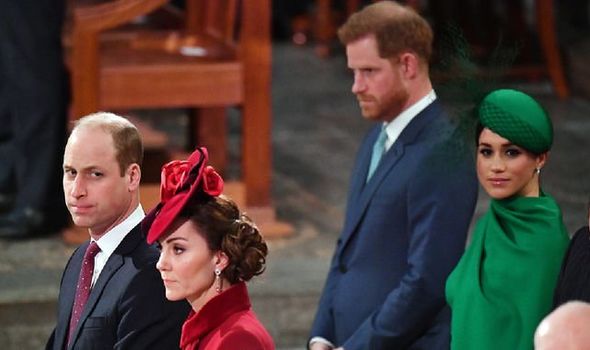 “I know, for example, that tensions reached such a pitch that the Queen herself was driven to Kensington from Buckingham Palace to try to stop the bickering.”

Suggestions of a rift between the two couples are also addressed in Finding Freedom, a new book by authors Carolyn Durand and Omid Scobie, which tries to debunk alleged myths about the Sussexes’ growing bitterness towards the royal family. 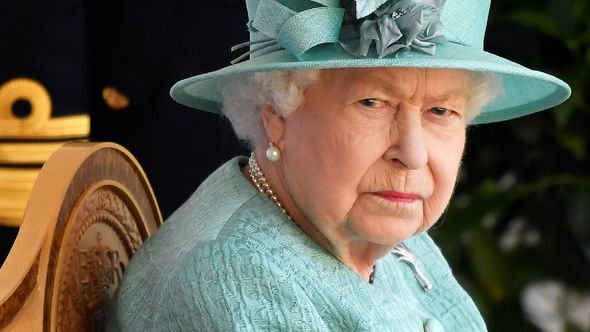 While some media commentators have alleged collusion between the Sussexes and the book’s authors, a spokesman for Harry and Meghan has said the couple did not contribute.

Instead the authors have claimed the spoke to “100 sources” over two years to write the memoir.

Finding Freedom claims the rift between the two couples stemmed from Harry and William, and not Megan and Kate.

The authors wrote: “The truth was that Meghan and Kate just didn’t know each other that well.”

It adds that although Meghan had hoped Kate would reach out to her, she “didn’t lose sleep” when she did not.”

Meghan reportedly first met the Duchess of Cambridge in January 18, only four months before the royal wedding.

According to the Finding Freedom authors, Meghan bought the Duchess of Cambridge a soft leather Smythson notebook, as Kate had celebrated her birthday just a day earlier. 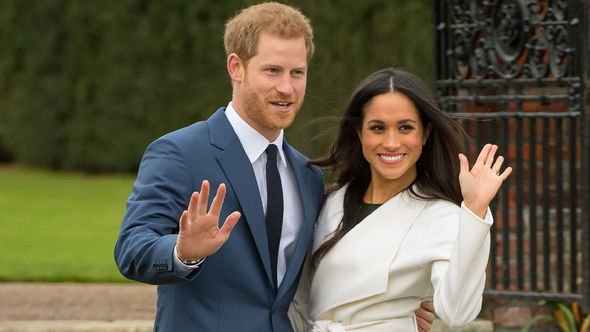 According to reports, Kate “loved” the journal Meghan gave her.

Meghan and Harry stepped down as senior royals at the start of this year, announcing their decision in a bombshell post on Instagram.

They now live in Los Angeles with their one-year-old son, Archie.