Meghan Markle and Harry arrive at One Young World Summit

On Monday, the Duke and Duchess of Sussex attended the One Young World summit at Bridgewater Hall in Manchester where Meghan gave a speech about gender inequality at the event to an audience of 2,000 people. The royal couple smiled as they passed the crowd to enter Bridgewater Hall to attend the charity summit.

The crowd featured at least a hundred people who were kept behind a barrier yards away from the building entrance.

It has been reported that there was some limited booing by protestors as the royals exited their car.

One onlooker said the jeers were loud and “there was no doubt they would have heard”.

The crowd contained supporters and those critical of the couple, and both sides were spotted arguing with each other. 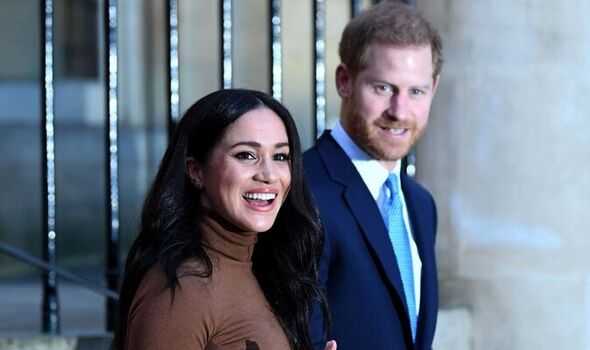 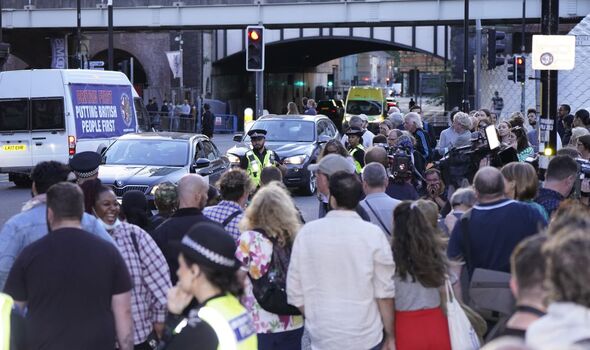 It has been reported that one woman held up a hand-drawn poster which said “Fake Royals” in capital letters and also said “F.O. Harry (&) Me.Gain”.

Another protestor, who gave her name as Janet, alleged to the Daily Mail that Meghan Markle was a “liar and hypocrite” and that the Duchess had launched an “attack” on the Royal Family.

Janet also called Meghan Markle “a fake humanitarian and a fake feminist” and added: “She’s a social climber… she thought she could be a celebrity in the Royal Family and she’s the most toxic, divisive woman I’ve ever heard of in my life”.

However, the vast majority were supportive of Meghan Markle and Prince Harry.

A supporter, who gave her name as Patricia Downs, said she travelled to Manchester from London because she was a fan of the couple. 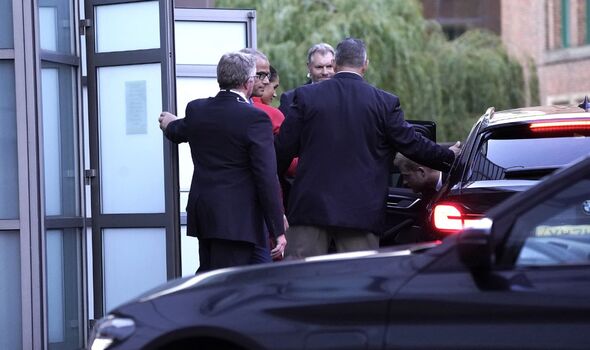 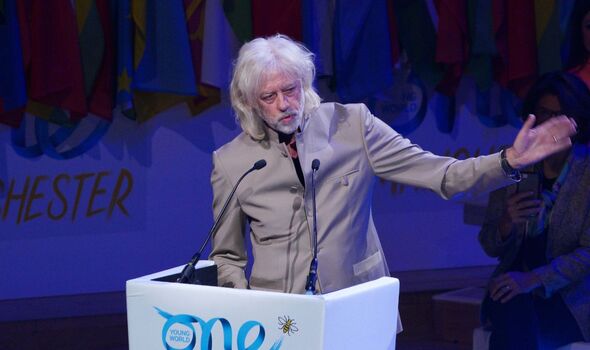 She said: “Meghan’s done nothing wrong. The only thing she did wrong – as a biracial woman – was marry a member of the Royal Family.

“The media and the Royal Family have got an agenda against her.”

Irish singer Bob Gelfdolf attended the One Young World summit and spoke about the crowd outside.

In his speech, the musician said he saw a Britain First protestor with a van outside and denounced hatred while calling on people to come together. 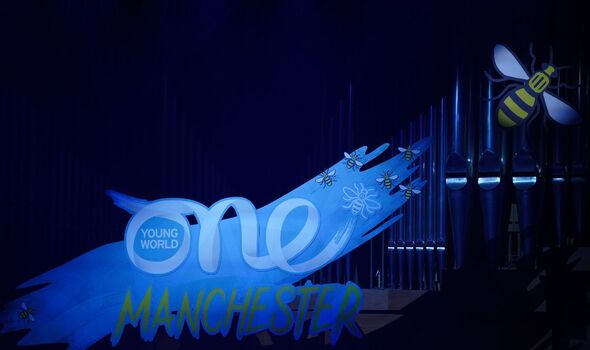 Meghan gave a speech at the One Young World Summit, in which she commented that it was “nice to be back in the UK”.

The Duchess spoke about joining the One Young World organisation as a counsellor in 2014, and described her past self as a “young, ambitious and advocating for things I deeply and profoundly believed in”.

The One Young World website describes the organisation as “empowering and developing young leaders” in order to “build a fair, sustainable future for us all”.

In her speech, the royal says she was filled with doubt when she joined the organisation, saying she was “the girl from Suits”.

She added: “I was surrounded by world leaders, humanitarians, Prime Ministers and activists that I had such a deep and longstanding respect and admiration for… and I was asked to pull up a seat at the table”.

Meghan and Harry left the stage to applause and are expected to travel to Germany this Tuesday to launch the 2023 Invictus Games, an event similar to the Paralympics for those that have served in the military.