Meghan and Thomas’ relationship was thrust into the limelight in the lead-up to Meghan’s wedding, after her father was caught staging paparazzi pictures, suffered a heart attack and ultimately could not attend the ceremony. In the end, the only member of Meghan’s family to attend her wedding was her mother Doria Ragland. Thomas has since appeared on TV and spoken to multiple news outlets about his daughter, which is reportedly against her wishes.

Now, their relationship has once again become centre stage amid Meghan’s lawsuit against Associated Newspapers over extracts of a handwritten letter she wrote to her father, which were published in the Mail on Sunday and MailOnline.

Meghan’s legal team claim this invaded her privacy and infringed upon her copyright and are suing for damages.

Last week, Meghan’s legal team presented her case to have a summary judgement at the High Court, while the publisher argued the case should go to trial.

Justice Warby is yet to make a decision on the matter.

Despite their relationship being fractious in recent years, Meghan and her father used to be very close. 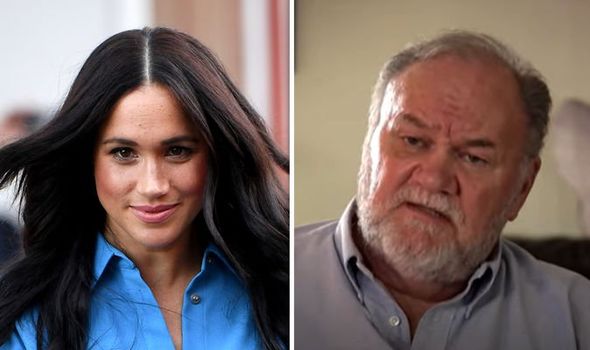 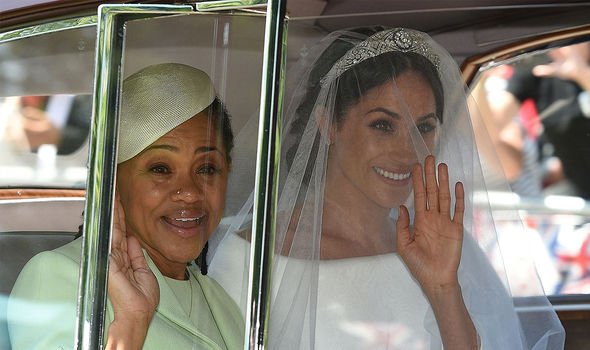 According to Andrew Morton’s biography ‘Meghan: A Hollywood Princess’, she was her father’s favourite child and even used to boast about it.

Meghan has two older half-siblings from Thomas’ previous marriage ‒ Samantha and Thomas Jnr ‒ who were both teenagers by the time she was born.

According to her sister Samantha, Meghan once teased her that she would always receive the most expensive gift at Christmas, because she was favourite.

Mr Morton wrote: “Samantha often told the story of the time before Christmas when Meghan was looking at a jewellery catalogue and picking out a ring which Tom Snr had promised as a gift.

“She teased her much older sister by saying that whatever her father bought Samantha, Meghan would receive the most expensive gift, as she was the most favoured child.” 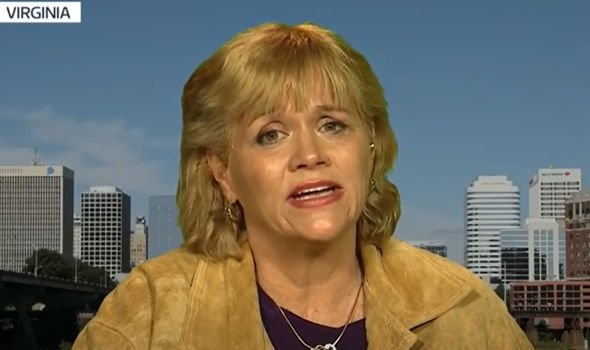 Even Meghan’s friends apparently knew she was the “apple of her father’s eye” and could seemingly do no wrong.

She could reportedly twist her father round her little finger and “get away with blue murder”.

Meghan’s brother Thomas Jnr noted how their father spent a lot more time with Meghan as a baby than he had with his other children.

He even went as far as to say their father loved Meghan more than her siblings ‒ and indeed more than anyone in the world, including his then-wife Doria.

He said: “He was just so so happy. He spent every single minute he could with Meghan. 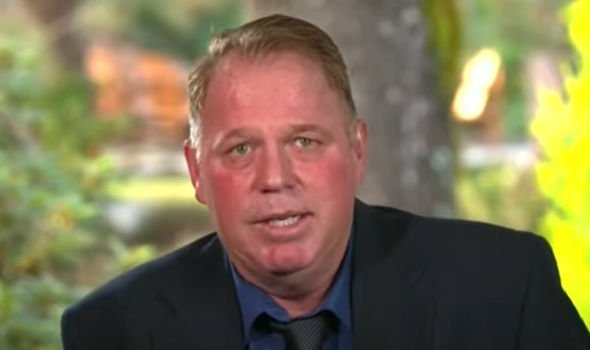 “My dad was more in love with her than anyone else in the world and that included Doria.

“She became his whole life, his little princess. He was just blown away by Meghan.”

His other daughter was all too aware that Thomas Snr had not had much time for her when she was young and yet was devoted to the newborn.

Samantha, who was 17 when Meghan was born, felt “jealous” and “sidelined” when she saw how attentive he was to her half-sister.

Mr Morton wrote: “Not only was Samantha indifferent to the baby ‒ now nicknamed Flower or Bud ‒ she felt left out on the sidelines, her father utterly devoted to baby Meghan.

Thomas Markle: Staged pics were to make me look ‘respectable’

“Doubtless she recalled his frequent absences when she was growing up and felt somewhat jealous of the attention now focused on her baby half-sister.”

What’s more, Samantha believed her father was not trying hard enough to use his connections to help her secure jobs in the acting or modelling world.

Over the past couple of years, Samantha has been very vocal in the media, usually calling for Meghan to reach out to the family.

She has appeared on TV shows like Good Morning Britain in which she has criticised the Duchess, and has even written a book entitled ‘The Diary of Princess Pushy’s Sister Part 1’.

Thomas Jnr once told New! Magazine: “[Samantha] was very jealous of Meghan from the beginning and still is to this very day.”

Thomas Snr’s feelings towards Meghan may have changed in the wake of her recent actions.

He has accused his daughter of “destroying” the ancient institution of the Royal Family after her decision to step down with her husband Prince Harry.

Thomas claimed she was “making it shabby”, and suggested her incentive for stepping down was not harassment, but opportunities to make money.

He branded the decision “ridiculous” and said his daughter is “throwing away” every young girl’s dream of being a princess.

‘Meghan: A Hollywood Princess’ was written by Andrew Morton and published by Michael O’Mara in 2018. It is available here.