Prince Harry and Meghan have recorded a two-hour special with the US TV legend, which is airing on Sunday in the US and Monday in the UK. The couple are expected to open up about their life in the Royal Family and the reasons why they left. There are naturally comparisons being drawn between this interview and Princess Diana’s infamous chat with BBC Panorama’s Martin Bashir.

In that interview, Diana spoke about her husband’s infidelity ‒ “there were three of us in this marriage” ‒ and gave incredibly personal insights into her own mental state, including her struggles with bulimia and depression.

Meghan appears to have chosen a look that is distinctly reminiscent of Diana’s bold look in that 1995 interview.

Both Meghan and Diana usually wore a “fresh” look for their royal engagements, but chose a bold look with heavy black eyeliner for their tell-all interviews. 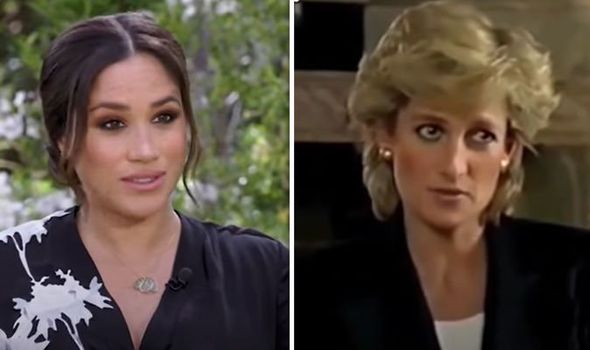 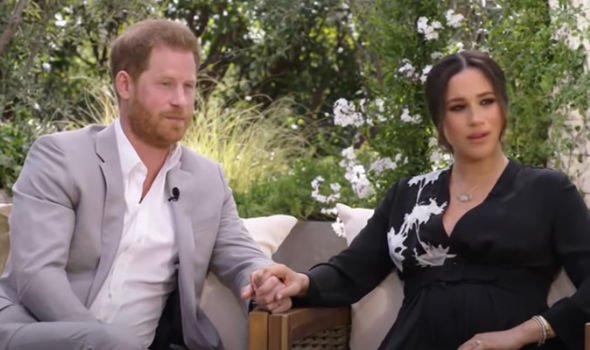 She said it looks as though the Duchess is “making a statement” with such a heavy makeup look.

She said: “I’m sure most of us have now seen a clip of Meghan from her upcoming Oprah interview, which I am also very excited for.

“And she looks very different, just in terms of her beauty look, looking straight at that.

“She has gone very bold with her eye makeup, she’s got lashings of liner, heavy black coal it looks like, maybe some eyelash extensions ‒ very LA cool, I would say, compared to her fresh look that she used to wear.

“Her hair, it’s in a bun, but she has been wearing it down more recently, since she’s been in America ‒ her poetry class appearance for example, which you may have seen, she had very undone beachy waves, very long flowing hair. 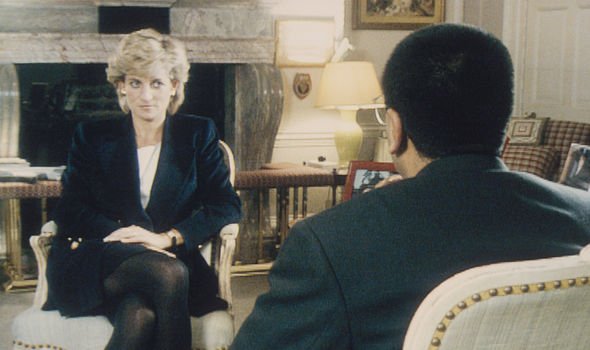 “And it probably just shows the difference in how she’s feeling at the moment, maybe the pace of life there is a bit slower, maybe all that sun she’s probably getting that we’re not has contributed to a shift in her style and she looks very cool, very relaxed.

“And this Oprah interview, though we haven’t seen much of it at the moment, it does feel like she’s making a bit of a statement with all that bold makeup.”

Ms Cripps then drew attention to the similarities between Meghan’s look and Diana’s look from her Panorama interview.

Ms Cripps said: “Now, it might be a bit of stretch but if you take a look on Twitter at the moment, a lot of people are discussing the similarities between Meghan’s makeup here and the makeup Princess Diana wore to her interview, the bombshell one in 1995. 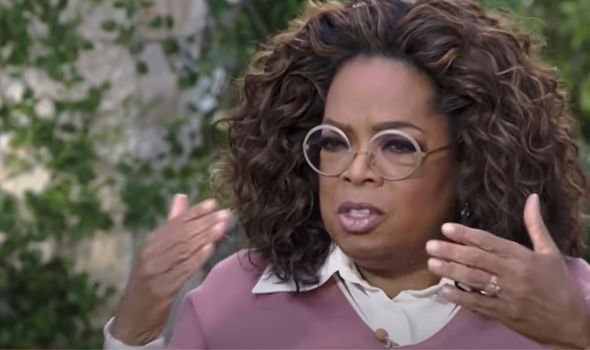 “Now, Diana was also quite a fan of the pared-back beauty look, quite fresh, and she did wear heavy eyeliner when she did this interview.

“I don’t know if people are just comparing because that’s what naturally happens, but it’s true!

“Both of them do seem to be wearing quite heavy eyeliner, so the link there has been drawn.

“My opinion is out on that one, I personally just think she’s adapted her style now that she doesn’t feel confined to a certain look.”

She said: “When you look at Meghan’s eye makeup and that sort of black coal look ‒ Princess Diana and the Panorama interview!”

Ms Cripps added that when Meghan was in the UK, she had several regular beauty looks she would turn to.

She did the low messy buns, skin tints with freckles, glossy skin, and they were always quite “put-together”.

However, her style has changed since she has been in the US, wearing her hair in casual, beachy waves and wearing more makeup. 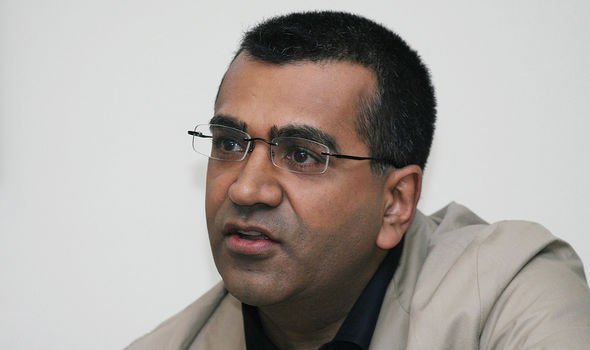 The beauty guru added that it was a “bold decision” to wear a full black ensemble as well as the heavy black eyeliner.

She said: “It’s a bold look, it gives itself a whole image of ‘means business, not to be messed with’ in my opinion.