Meghan’s comments on the US presidential election earlier this year were perceived by some as a sign of her political ambitions. She and Prince Harry urged the US electorate to register to vote, to help implement “change” — which was seen as a slight towards incumbent President Donald Trump — and to reject “hate speech”. Although neither she nor Harry endorsed any particular candidates or parties, many assumed Meghan’s previous claims that Mr Trump was “divisive” and “misogynistic” were indicative that she would support his opposition, the Democratic candidate Joe Biden.

Following her comments on the election, bookkeepers gave her the odds of 100 to 1 to win the 2024 US presidential election.

She has not admitted that she has any particular longing to enter the White House any time soon — but one of her biographers has suggested that she dreamt of becoming president as a child.

Sean Smith wrote in his new biography, ‘Meghan Misunderstood’, that the future Duchess of Sussex had disclosed her secret ambition at her alma mater, Immaculate Heart.

Recalling the royal’s school days, he claimed: “Meghan was aiming big, declaring that she was going to be president one day.”

She appeared to confirm this claim when she reportedly told TV presenter Piers Morgan in 2015: “As a kid, I wanted to be either the president or a news broadcaster like you.” 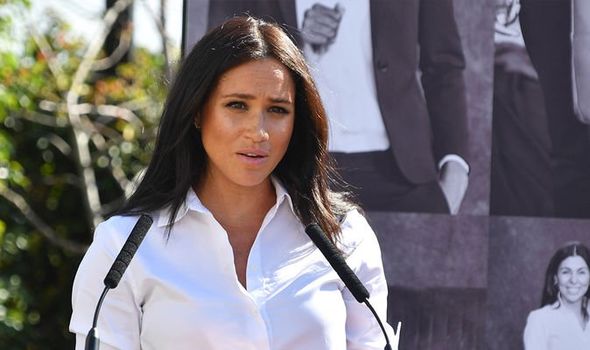 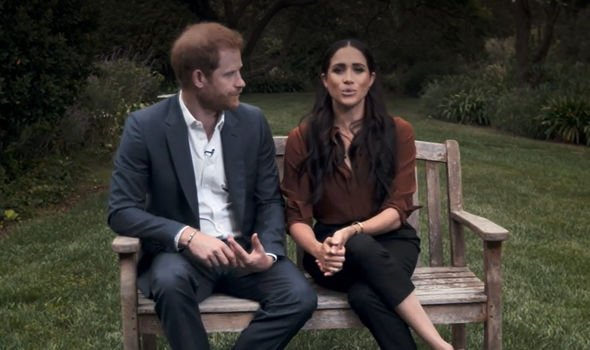 Although the Duchess is now 39 and has since had a successful career as an actress and a stint on the royal frontline, the question over any future campaigns to get into the White House still hangs in the air.

A close friend told Vanity Fair: “One of the reasons she was so keen not to give up her American citizenship was so she had the option to go into politics.

“I think if Meghan and Harry ever gave up their titles she would seriously consider running for President.”

Yet, other insiders have disputed such claims.

One told royal correspondent Katie Nicholl: “While there’s no denying she is interested and engaged in politics as a topic, she harbours no ambition to enter a career in politics herself.”

Other accounts have read into Meghan’s statements since leaving the Firm back in March, and have examined the royal’s passion surrounding voting. 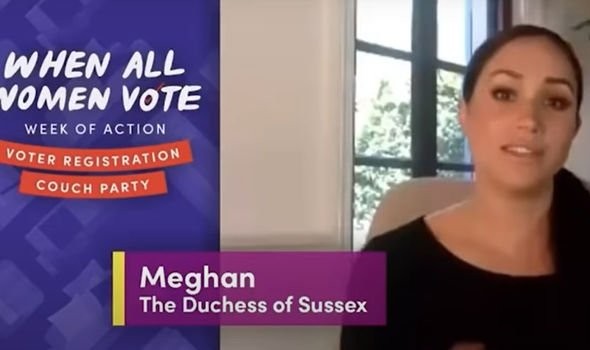 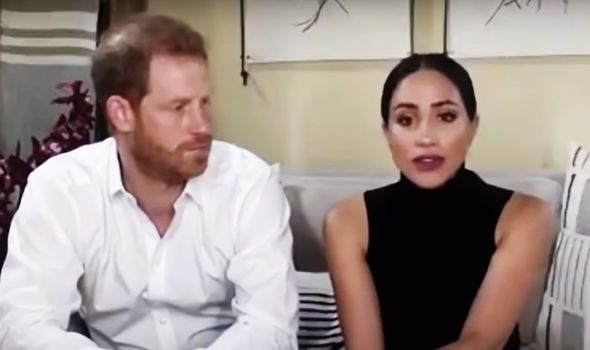 “And that opportunity, that fundamental right, is in our ability to exercise our right to vote and to make all of our voices heard.”

She was cold-calling voters with Gloria Steinem, too, in the run-up to the election.

She also addressed the When All Women Vote Couch Party, which is a nonprofit co-founded by former First Lady Michelle Obama.

Many have suggested that Meghan wants to follow in the footsteps of her friend, Mrs Obama — and indeed, she has already secured a contract with Netflix and a Spotify deal — just like the former First Lady. 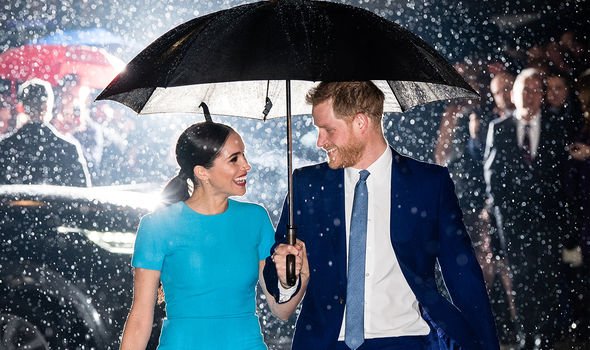 Pro-Sussex, ‘Finding Freedom’ author Omid Scobie also told True Royalty’s documentary, ‘Meghan for President?’: “She has her eyes set on the US presidency.

“Meghan is the embodiment of the American dream.

“One day we may see Meghan become president.”

Additionally, reports from the Daily Mail have suggested that Meghan thinks she is “destined” to lead the charge against systemic racism in the US, although this could have indicated her dreams to be a prominent activist rather than president.

Another of Meghan’s biographers has also disputed whether she could cope in the spotlight that accompanies the White House.

Author Andrew Morton, who wrote ‘Meghan: A Hollywood Princess’, claimed: “I would state categorically that she has no chance of ever running for president.

“She would be eaten alive. 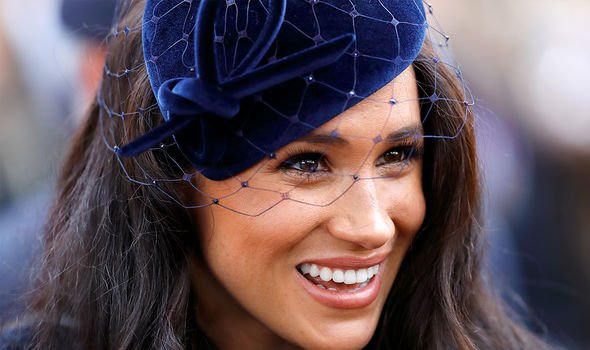 “You need the skin of a rhino to run for office especially in America, which is an utterly polarised nation.

“Look what happened to Hillary [Clinton] and she has lived and breathed high-octane politics since college.”

Additionally, it would not be possible for Meghan to become president while she still has her titles as the Duchess of Sussex.

She no longer uses her HRH in a working capacity, after her Megxit agreement with the Queen last year — but, she and Harry have not been stripped of them all together.

Even so, the US Constitution prevents any figures with titles from holding office.

This provision called the Foreign Emoluments Clause, otherwise known as the Titles of Nobility Clause, claimed: “No Title of Nobility shall be granted by the United States: And no person holding any Office of Profit or Trust under them, shall, without the Consent of the Congress, accept of any present, Emolument, office, or Title, or any kind whatever, from any King, Prince or foreign State.”

‘Meghan Misunderstood’ by Sean Smith was published by HarperCollins in 2020 and is available here.