Meghan Markle and Harry: Expert on ‘deal breaker with Queen’

Their 90-minute special with Oprah Winfrey, due to air on CBS on March 7, will feature “charming footage of son Archie filmed at the family home”, says a source on the channel. The interview, said to include revealing details of the final chapter of Megxit – which saw the couple announce last week that they have left their royal roles and were then stripped of all patronages – provides an “ideal platform for her manifesto”, according to royal author Margaret Holder. It was revealed last night that the interview was filmed in California on Tuesday, three days before the dramatic severing of ties with royal life. It is believed that extra filming will take place in the aftermath of Friday’s events.

Royal historian Christopher Wilson has called on Prince Charles to “step up to take control of the warring Windsors” and reunite the family.

It comes after Harry and Meghan issued an extraordinary statement following Buckingham Palace’s announcement they would not return as working members of the Royal Family.

The couple seemed to take a swipe at the Queen’s announcement by stating, “We can all live a life of service”.

Now it has emerged that the Palace may have provoked the angry war of words with the duke and duchess with a calculated snub that seemingly stripped them of their HRH titles.

Harry and Meghan have agreed not to use the HRH style but it has, so far, not been taken away from them. But Friday’s statement pointedly ignored their status and referred to them just the Duke and Duchess of Sussex six times while referring to the Queen as Her Majesty. 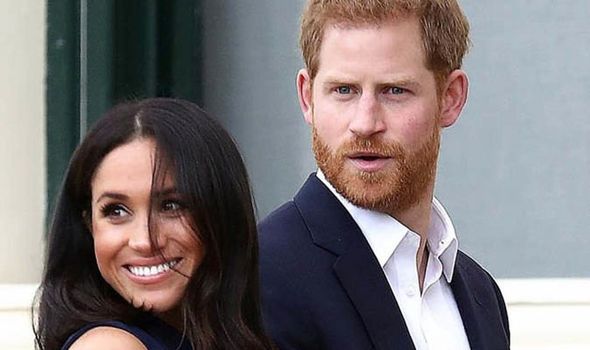 The Palace statement, seen in advance by Harry and Meghan, could have been the last straw that provoked the Sussexes to respond with a dig at the Queen with “life of service”.

One source said: “The wording was no accident. Anything sent out in the Queen’s name is gone over, edited, amended and approved. The use of language was deliberate.”

She says of the forthcoming CBS interview: “The combination of friendly neighbour Oprah as her gentle inquisitor, plus the overwhelming attraction of a primetime audience, would guarantee Meghan ‘Millions of eyes will be glued to their Oprah chat’ unequalled publicity for her liberal views on various issues.”

The royal author says Meghan also boasts a social media admirer in attorney Meena Harris, a niece of America’s Vice-President Kamala Harris, and asks: “Might the duchess see herself as another Kamala, the first female Vice-President in US history?” 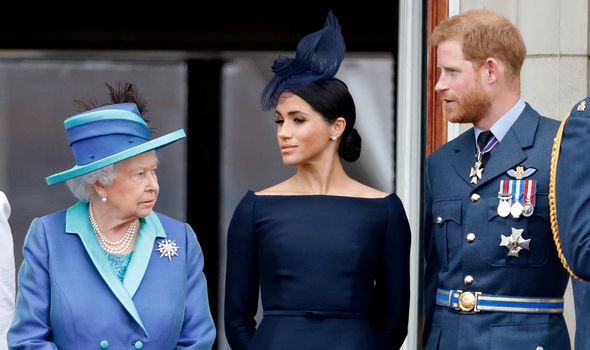 Royal historian Christopher Wilson, also writing in today’s Sunday Express, said: “Now comes the time for mending – and as father to Harry and William, as well as his role as future king, it behoves the Prince of Wales to take control and pour oil on troubled waters.”

A senior production source at CBS last night confirmed that, while several hours of interviews with Harry, 36, and his wife, 39, are already in the can – mostly at their £11million mansion in Montecito – Oprah is preparing further questions based on last week’s events. He added: “The network was already guaranteed a huge audience, both here and around the world.

“After Friday’s historic announcement, millions more eyes around the planet are going to be glued on them.”

In the Palace’s announcement on Friday confirming the Sussexes have been stripped of their remaining royal roles, it said they could not continue with “the responsibilities and duties that come with a life of public service”.

Within minutes, the couple responded with a statement viewed as a stinging rebuke to the Queen, in which they insisted they would still “live a life of service” outside the Royal Family, adding: “Service is universal.” 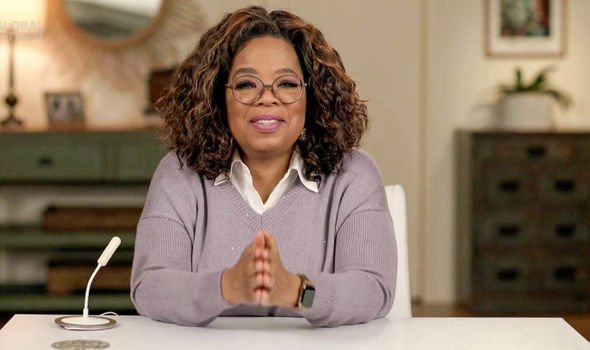 As well as answering Oprah’s questions about being banished from their duties, Harry and Meghan will discuss their new life in California with 21-month-old son Archie as well as plans for their second child, which Meghan last weekend announced she is expecting.

The senior CBS source said: “Fans can expect a real first with some charming footage of Archie that was filmed at the family home recently. We’ve only seen glimpses of him so far, so viewers are going to be delighted.”

The couple are already planning for the arrival of Archie’s sibling by having a guest room at their Montecito mansion ready for Meghan’s 64-year-old mother Doria Ragland.

The former yoga instructor is reportedly helping her son-in-law with workout sessions.

According to friends, Harry, who lost his mother Diana when he was 12, “adores Doria” and calls her “Mom” with a mock American accent.

A confidante said yesterday: “He and Meghan view her mother as an important part of the glue that’s holding them together.”