Meghan Markle and Prince Harry sat down with Oprah Winfrey for a no-holds-barred interview detailing their exit from the Royal Family and how life has been for the couple. During their conversation with Oprah, the couple revealed their son Archie Harrison will have a baby sister later this year.

Meghan and Harry announced they were expecting their second child by releasing a touching photo in February.

At the start of the CBS interview, Meghan, 39, said she knew the gender of the baby.

She told Oprah: “We do this time. I will wait for my husband to join us and we can share that with you.”

Harry joined his wife in the second half of the interview, and told the chat show host: “It’s a girl.” 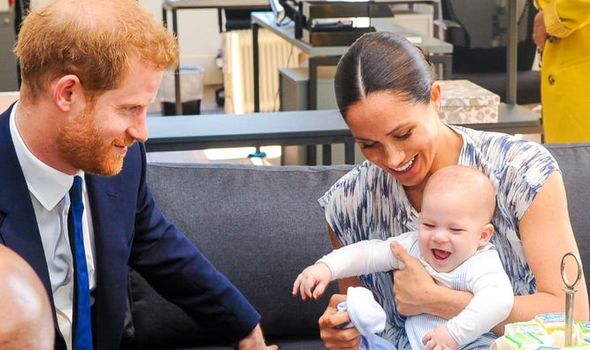 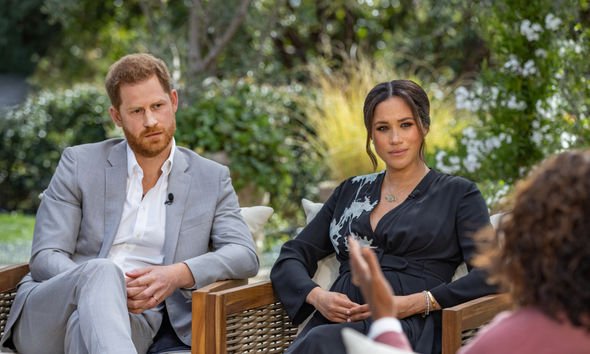 The Duke was smiling widely and raised in hands in celebration as he announced the news.

Harry said his first thought was “amazing” when he discovered the gender, adding: “Just grateful. To have any child, any one or any two, would have been amazing.

“But to have a boy and then a girl, I mean what more can you ask for?

“Now we’ve got our family, we got the four of us and our two dogs.”

Asked if they were “done” with two children, Harry said “done”, and Meghan said: “Two is it.” 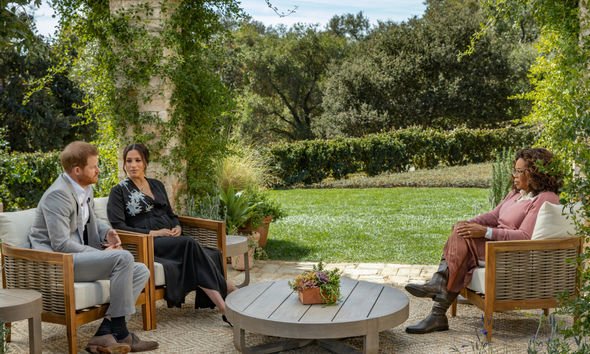 When is Meghan and Harry’s baby girl due?

While the couple have not announced an exact due date, Meghan told Oprah their second child is due in the “summertime”.

Baby Sussex will be the Queen and the Duke of Edinburgh’s 10th or 11th great-grandchild.

This depends on whether she is born before or after Zara Tindall’s baby, which is also due in 2021.

Archie will celebrate his birthday in just a couple of months, turning two on May 6.

When Archie was born Prince Harry announced his arrival to a group of waiting reporters, before hosting press at Windsor Castle for the first photos.

However, the birth of their second child is likely to be very different now the Sussexes are no longer active members of The Firm.

They announced their second pregnancy in February, releasing a black and white photo of themselves, showing them sat under a tree in Los Angeles. 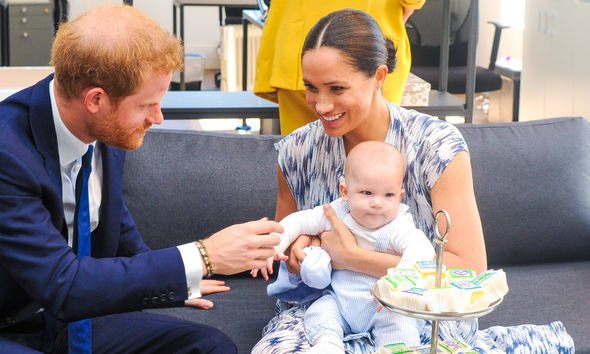 The photo shows Harry gazing at his wife and resting his hand on her head as she lies in his lap cradling her bump.

The news came after the Duchess suffered a miscarriage last summer.

Meghan revealed her miscarriage in November last year in a deeply personal article for the New York Times, writing: “I knew, as I clutched my firstborn child, that I was losing my second.”

The couple now lives in Los Angeles, so it is likely their daughter will be born there.

She will still be eighth-in-line to the throne – and the most senior royal in the current line of succession to be born overseas.

But she will not be entitled, at this stage, to be an HRH nor a princess due to rules set out more than 100 years ago by George V – but this is the same as what would have happened pre-Megxit.

The baby is entitled to be a Lady, but Harry and Meghan are likely to again choose to style their second-born a Miss, with the surname Mountbatten-Windsor.

Oprah With Meghan and Harry is on ITV at 9pm on Monday, March 8. You can watch the full interview afterwards on the ITV hub