The president’s remarks, which he made in response to a reporter’s question about the Sussexes’ urging Americans to vote in the election, appear to have got under the skin of Meghan loyalists. Mr Trump also said he wished “a lot of luck to Harry because he’s going to need it” in a swipe at the Queen’s grandson’s marriage to the former actress.

Fans of the Duchess of Sussex leapt to her defence online, insisting the only reason Mr Trump dislikes the mother-of-one is the fact that she is intelligent and strong.

Before marrying into the Royal Family, Meghan was vocal about her dislike for Mr Trump, calling him “misogynistic” and “divisive”.

One fan of the duchess said: “Of course Donald Trump dislikes Meghan Markle.

“She’s an intelligent, strong, opinionated Black woman and he hates women speaking out independently and thinks they should know their place. 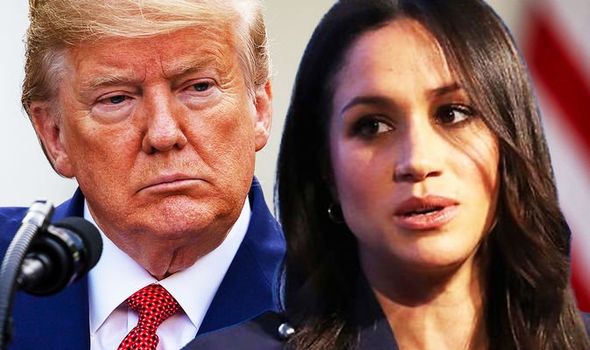 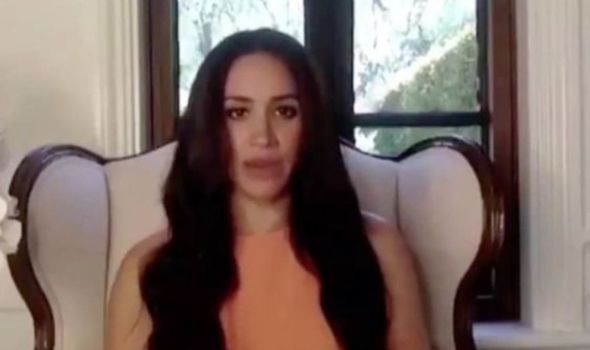 A second person said: “She speaks up for women, something he could never comprehend #sussexsquad.”

Prince Harry and his California-born wife released a video in which they encouraged voters to “reject hate speech” and negativity on social media.

Many viewers interpreted their message as a dig at President Trump and a thinly veiled endorsement of Democratic nominee Joe Biden. 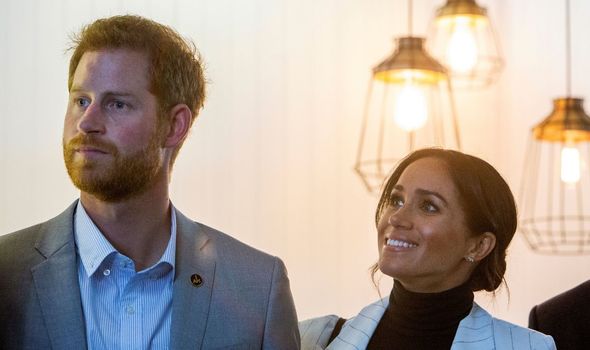 Neither the Duke nor the Duchess mentioned any presidential candidates name in the video and have not said which party they support.

One fan who was particularly irked by Mr Trump’s response to the video said his remarks proved he saw himself and his party as the ones whom the Sussexes were referring to .

The fan tweeted: “Interesting: Harry said ‘As we approach this November, it’s vital that we reject hate speech, misinformation and online negativity’.

“It would appear that Trump sees himself and the Republican Party as representing these things, then… #SussexSquad #BidenHarris2020” 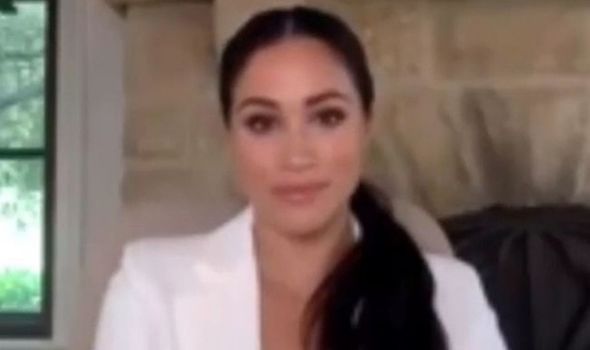 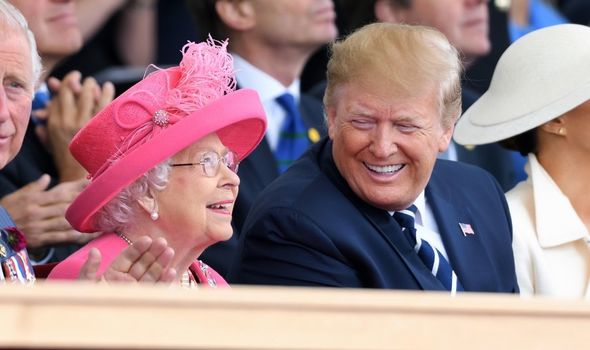 Speaking to journalists from the White House podium, Mr Trump hit out at Meghan after her intervention into US politics.

He said: “I’m not a fan of hers, and I would say this, and she probably has heard that. But I wish a lot of luck to Harry because he’s going to need it.”

The president’s comments came after his campaign spokesman Jason Miller reacted to the couple’s call to vote.

Mr Miller said having listened to the pair’s words he took their warning about hate speech to be a reference to Mr Biden’s words.

When asked by a Daily Mail reporter about the video, Mr Miller said: “I’m assuming you’re asking me because of Joe Biden’s record of hateful and divisive language, particularly toward the African American community?”

In the footage released online, Meghan said: “We’re six weeks out from the election, and today is Voter Registration Day.

“Every four years, we’re told the same thing, ‘This is the most important election of our lifetime.’ 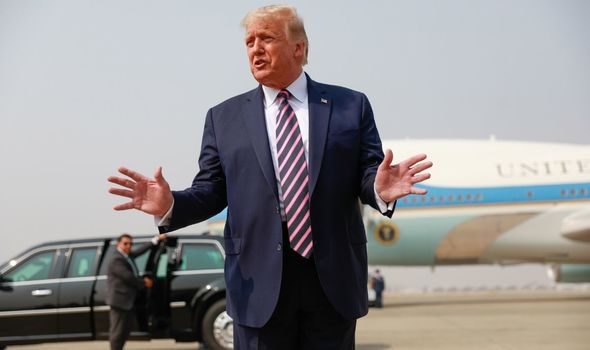 “But this one is. When we vote, our values are put into action, and our voices are heard.”

Harry added: “As we approach this November, it’s vital that we reject hate speech, misinformation and online negativity.”

The Time 100 video was created for the magazine’s annual list of the most influential people, which does not include Harry and Meghan.